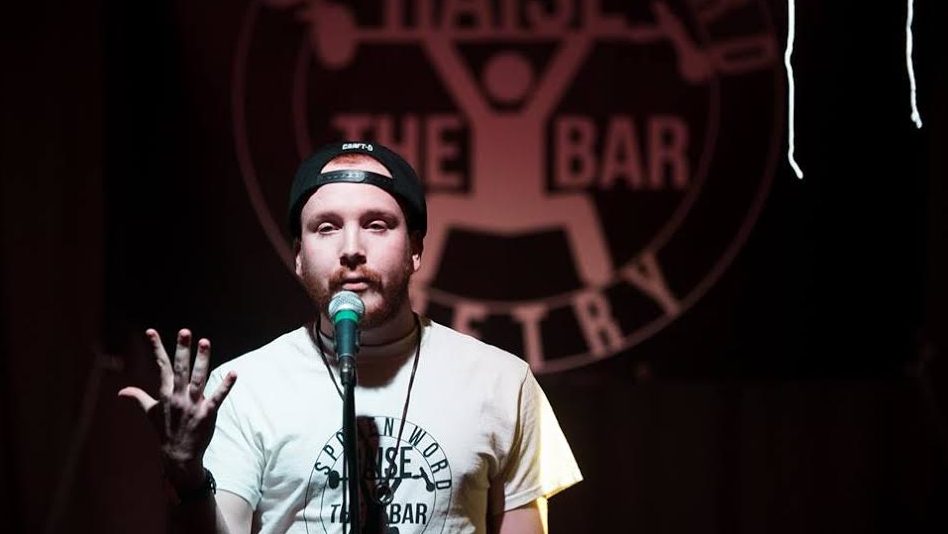 Spoken-word night Raise the Bar has played a key part in cementing Bristol’s reputation as a home for top-drawer live lit events. We spoke to founder Danny Pandolfi about all things spoken word and RTB’s new strand, Outlook.

What inspired you to start Raise the Bar?
It was started as an events series while I was studying at the University of Bristol. I loved the spoken-word scene in the city and had been involved a lot as a performer myself, but I really wanted to create an event and atmosphere that was tailored towards people of all ages and backgrounds, and where all styles of writing and performance would be showcased and championed.
The name ‘Raise the Bar’ just fitted in with the general ethos of the event. I wanted it to be a platform for self-improvement and a safe space for performers to grow and develop, and also to raise the profile of spoken word in general.

You’re part of a vibrant poetry and spoken-word scene in Bristol. What has made it so successful?
A number of factors have made it a successful scene, and arguably the best talent pool for poetry in the UK.
One of these is the consistent hard work of promoters and event organizers, people like Anna Freeman from BlahBlahBlah who have been putting on great events and pushing Bristol poetry to different demographics for a number of years, really redefining the genre as a source of theatre and entertainment; Thommie Gillow and the team at Hammer and Tongue; and Jeremy Toombs who runs the longest-serving weekly open-mic night in Bristol at The Arts House on Friday nights.
The success of the scene also comes from the fantastic city of Bristol and its people, who have an open-mindedness and a love for the arts which means that subgenres are able to thrive and grow. The audiences at Raise the Bar are amazing and a lot of our attendees come back every month to see more, appreciating the diversity of acts that are showcased and that no event will be like the last.
And of course, the amazing poets and performers themselves, who work hard at their craft and continue to attend slam competitions, open mic nights and so on, adding so much quality and good spirit to the community. 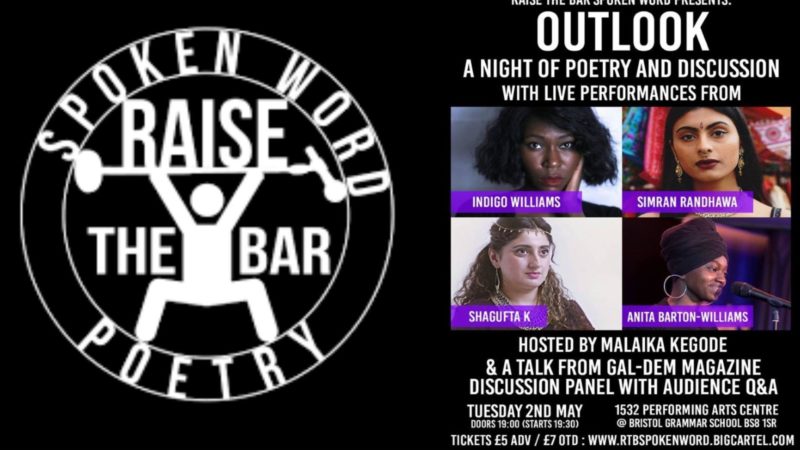 What have been some of the highlights so far?
On a personal note as events co-ordinator, and from the teen fan-boy side of me, I’ve been able to host and introduce to the stage some of my favourite writers in the UK and beyond, from people I’ve been following since I was at school such as Mark Grist and Soweto Kinch, to people who have become my favourite writers more recently such as Anthony Anaxagorou and Hollie McNish.
The most rewarding aspect is the feedback after a show from people who have never seen live poetry, who weren’t expecting to love it, and then come back again. Seriously, it’s like watching somebody come out of a cinema having seen a film for the very first time, like “That was incredible, are there other films?” It’s quite amazing to be able to transform peoples of opinion from something they read in a textbook to a source of live entertainment.
The other highlight, of course, is seeing performers come through our talent development platform, doing their first ever open mic at Raise the Bar and then going on to do feature sets with us and other events.

What role can poetry and spoken word play in these turbulent times?
Poetry always has and always will play a huge societal role, especially in difficult periods, through its ability to articulate the inexpressible, to have an emotional impact on a reader/audience, and to share a common experience and feeling. Poetry can have an incredible impact on both the person writing it, who comes to understand their own thoughts and feelings through the composing process, and also on the listener who is able to find inspiration in the words of another person’s perspective.
I believe the power of poetry and spoken word is huge, and in the current era of social media a lot of important poetry has been shared with millions of people at a time, something with gives me great hope.

You’re launching a new strand of events, Outlook, in May. Tell us more.
Outlook celebrates the immensely talented writers of the UK who do not sit within the classic hallmarks of privilege that exist in our society – that is, white, male, cisgendered, heterosexual, and so on. It will also feature a live discussion and audience Q&A to break down the barrier between performer and audience.
Our first event, which takes place on May 2 at the brand new 1532 Performing Arts Centre theatre at Bristol Grammar School, is a line-up of phenomenal women of colour poets (Indigo Williams, Simran Randhawa, Shagufta K, Anita Barton-Williams) hosted by Malaika Kegode, doing live performances, a discussion panel, and also a speaker from gal-dem, an online magazine written by women of colour, which I’m a really big personal fan of so that’s exciting.

What other Raise the Bar events are planned in the coming months?
We have two more of our regular monthly events at Watershed before our summer break and new season in September. The next is on April 26 featuring current UK National Slam Champion, Theresa Lola, and Bohdan Piasecki, a brilliant Birmingham-based, Polish-born poet. As well as the aforementioned Outlook event, we have a monthly event called Spotlight in collaboration with MILK at Crofters Rights in Stokes Croft which is focused more on open mic poetry as well as one featured artist, and the next one takes place on April 11 with Nadinne Dyen headlining. It’s a cheaper event at just £3 on the door, and the room fills up really quickly so it’s worth arriving promptly at 7.30pm.
Then on May 8 we have our biggest event to date, as world-famous Canadian poet Shane Koyczan is doing a tour date in our city. He’s only doing six or seven shows while he’s in the UK and he very rarely comes here, so we’re incredibly excited. He might be the most popular spoken-word artist in the world, and early birds are almost sold out already.

For info on upcoming Raise the Bar events, visit www.facebook.com/RTBSpokenWord