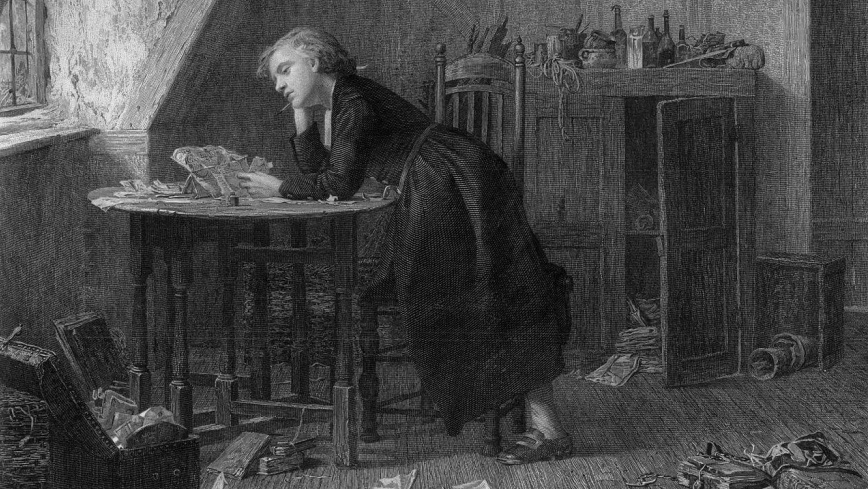 A number of Bristol organisations are joining forces to celebrate the city’s poetic past, present and future.

A Poetic City has been inspired by the 250th anniversary of the death of Bristol-born boy poet Thomas Chatterton, who inspired the likes of Shelley, Keats, Wordsworth and Coleridge.

Lyra poetry festival, Glenside Hospital Museum, the University of Bristol, Bristol Libraries, Bristol Culture, the RWA and St Mary Redcliffe have been awarded funding from The National Lottery Heritage Fund for the project.

Events will include the writing and performing of new works, guided poetry walks, workshops, lectures and a free comic telling the story of Bristol’s famous poets. 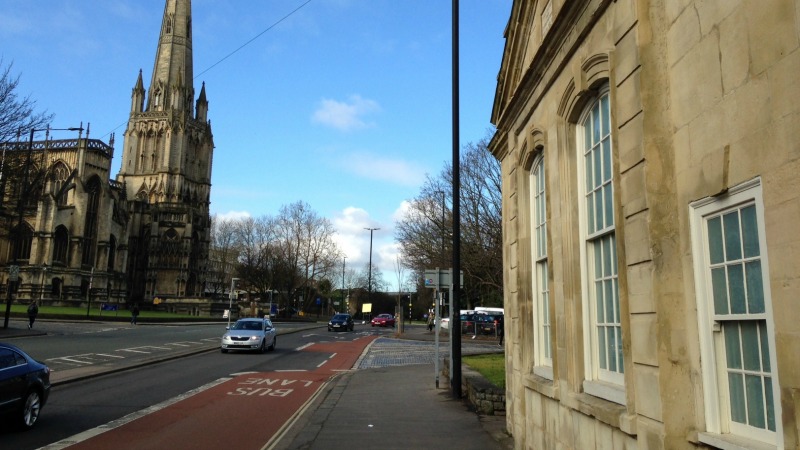 Thomas Chatterton was born in 1752 at Pile Street School, where his late father had been a writing master. The school is now Chatterton’s Cafe – photo by Martin Booth

“Despite his accolade by some as the ‘father of romantic poetry’, and the centuries of fascination that he’s held for poets, artists and musicians, Thomas Chatterton is largely unknown in his home city,” said Andrew Kelly, director of the Bristol Cultural Development Partnership.

“This programme brings to light the city’s links to such an iconic literary figure, as well as building on existing knowledge of his life and times and exploring further his enduring legacy, as well as the significance of his influence upon the Romantics, many of whom worked in and visited Bristol, and subsequent generations of artists.

“His story also raises more general themes including artistic credulity and credibility; the role of the fake in art; young artists; arts and mental health; on-going barriers to obtaining access to culture in the city; the nature of celebrity; the resurrection of the Gothic and the nurturing of creativity.”

The project will begin at the Lyra poetry festival in March and run throughout the year. For more information, visit www.facebook.com/bristolpoeticcity 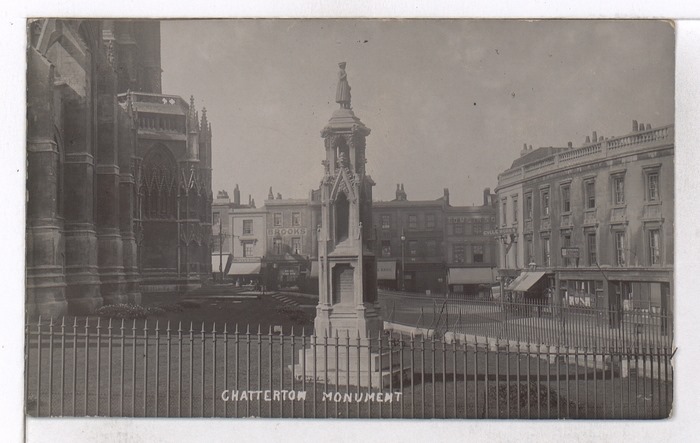 A memorial to Chatterton once stood outside St Mary Redcliffe Church, where he spent a lot of his time growing up – photo from Vaughan postcard collection, early 1900s, Bristol Archives 43207/9/37/11

Main image: Chatterton’s Holiday Afternoon, engraved by William Ridgway after a picture by William Benjamin Morris that was published in The Art Journal, 1875., BRL B28436 SR50