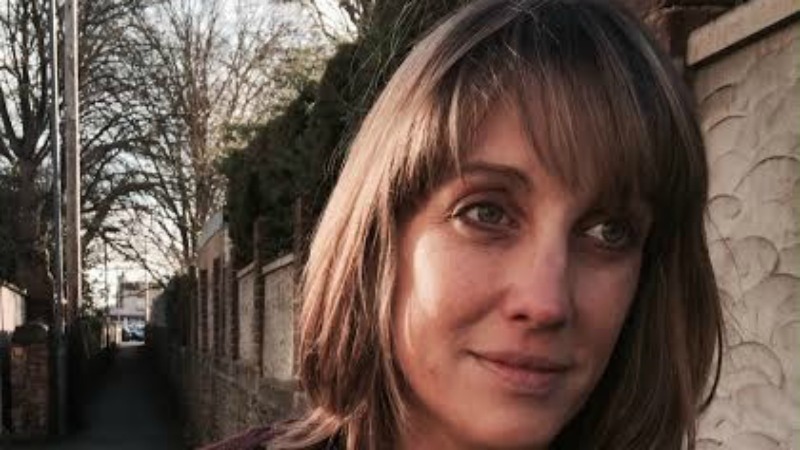 Bristol writer Amy Wilson’s debut novel A Girl Called Owl has the feel of an evergreen children’s classic. It’s a heady mix of realism and magic, as a daughter (the titular owl) who doesn’t fit in searches for her father.

We asked Amy, a product of Bath Spa University’s M.A. in Creative Writing, for the lowdown.

Owl is a wonderfully imagined character. What influenced her creation?
I’m influenced by so many things – by everything, really – but Owl’s journey started with a picture I had of an owl. I was staring at it, wondering what it would be like to be called Owl, and then wondering why a mother would call her daughter Owl. I wrote the first chapters asking exactly those questions, and Owl’s voice emerged really clearly from the outset.
I had the first winter-world section already, and so I put the two together, they seemed to fit somehow, and then I sent those first chapters to my now agent Amber Caraveo at Skylark Literary, and she loved them. We talked it through, and came up with the idea that the winter figure, who was Owl’s father, could in fact be Jack Frost, and I went on from there.

The book is very visual. How much of it did you ‘see’ as you were writing it?
All of it! I play quite a lot of music while I’m writing and I see it all in my mind as it unfolds, with a soundtrack and everything. It’s a bit like having my own internal film going on, and it’s very hard to leave it sometimes.

Has the natural world played a significant role in your life?
It’s where I go to when I’m feeling small, or overwhelmed. I don’t have to go very far, just to see the sky and the trees. I can’t quite explain how that lifts me – I think it’s about being grounded, and part of something far bigger than myself. I’ve always loved the beauty of winter, the clarity of the sky and the shadows, the way even the most mundane things can be made wondrous in the right light, or when they’re covered in frost!

As well as fairy tale and mythological elements, the novel is very realistic. How tricky was that balance?
Owl is a normal girl, in many ways. She has insecurities, as we all do, and she has a very real, almost physical need to find her father. It’s just that those things have a magical element to them – her differences are manifest magically, and her father is a confirmation of that part of herself, which isn’t very easy to accept.
I suppose it’s a magnification of how we can all feel sometimes, especially when we’re young – that we’re different, or that we don’t fit; that we’re searching for something, trying to work out who we are. It felt very natural to blend those elements, and besides, I think everybody needs a little bit of magic in their lives!

Will readers meet Owl again?
I hope so! She’s still very much with me. I’m currently working on my second book for Macmillan Kids. It’s not about Owl, it’s quite different – but it still blends reality with magic, and has themes of friendship and self-discovery.

What did you think when Macmillan offered you a book deal?
I was stunned. I’d been a bit distracted from the stress of being on submission by the arrival of my third child, and when Macmillan called she was only about a week old. We weren’t living in our home at the time, we’d had to extend the house to fit our new daughter and it had all gone a bit wrong so we were staying in a little bungalow out of town.
It was like an entirely new chapter of my life – and quite a challenge to make it feel like reality! I am absolutely delighted to have found a home with Macmillan, they’ve made A Girl Called Owl such a beautiful book, and I couldn’t be prouder, or more thankful.

In what ways did the Creative Writing M.A. at Bath Spa help you to develop?
Initially, the fact that I’d got in was a huge boost to my confidence. They believed enough in my writing to accept me, even though I had no degree – I’d been in journalism since I was 18. Once I was on the course it was all about sharing my work, learning when to listen to others and when to listen to myself, and how to improve through editing.
I think when I first started I was very worried about editing – taking something apart, to put it back together again. I still find that daunting now, but it’s so essential. Also, I met some wonderful people on the course. Writing can be very lonely, and it’s good to have other people around you who understand what you’re going through.

A Girl Called Owl is out now, published by Macmillan Children’s, at £6.99. You can view a short trailer for the book at www.youtube.com/watch?v=UuDmk6aS8bs