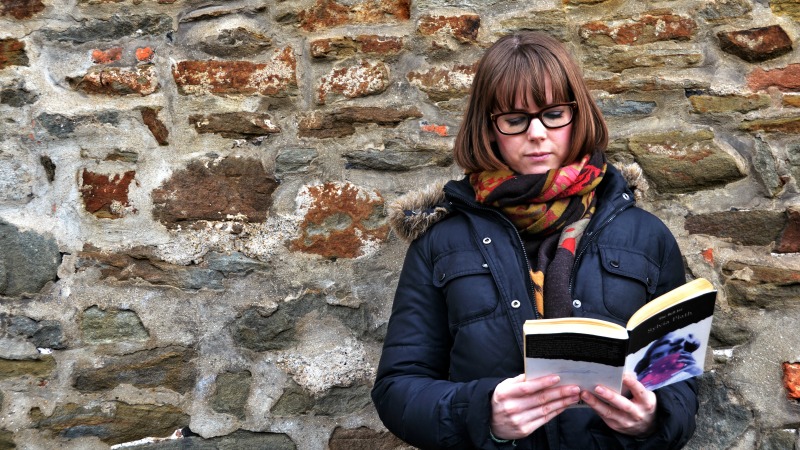 Congratulations on the Spike Island residency. What attracted you to it?
I grew up in Bristol, and Spike Island has always been part of my cultural backdrop. It has a fantastic record of supporting literature, innovative and experimental work, and women creators. Helen [Legg, Spike Island Director] and the team have really got behind me and my ideas. It’s given me a renewed sense of confidence in my writing and made me see myself as a writer – not just someone who does x, y and z with some writing on the side.

The range of your own writing is very broad. What will you be concentrating on?
The main goal is to redraft my novel – the story of Leonie Lennox, who moves to Paris in 1922 to escape her fate as a ‘surplus woman’ in post-WW1 England. I wanted to explore the lives of the extraordinary women who arrived on Paris’ Left Bank during the 1920s to pursue independent lives – professionally, sexually, artistically. That said, I’m sure I’ll squeeze in some short stories and poems – and there’s a new project slowly percolating in my mind…

You also have lots of events planned – what inspired the Literary Salon idea?
Gertrude Stein’s salon, which brought people together to share work and discuss important issues. Salons like Stein’s were crucial in promoting artistic work and innovation in 1920s Paris. Natalie Barney set up a salon specifically for women called the Academie des Femmes (a rebuke to the all-male Academie Française). I wanted to recreate these supportive spaces. Some amazing poets and prose writers will be performing – Miles Chambers, Shagufta Iqbal, Vera Chok, Tania Hershmann, Bidisha and more.

Are there plans for another Bristol Women’s Literature Festival?
Yes! But not until 2018. That said, I’ll be running the residency events as BWLF events and plan on having some one-off BWLF gigs later in 2017.

Which writers have most influenced you?
I find Gertrude Stein completely fascinating. This awe-inspiring experimental writer and Modernist pioneer doesn’t hold the same position as Joyce, Hemingway (on whom she was such a huge influence!) or Fitzgerald. The women of this period – Djuna Barnes, H.D. and Zelda Fitzgerald, journalists like Janet Flanner – were so experimental and exciting but are just not read or valued in the same way as their male counterparts. I’m also a huge Jean Rhys fan. And Colette – my gateway drug to 1920s Paris. I just adore her.

What impact does Bristol have on your writing?
I feel very lucky to be working in Bristol: there’s such a strong, supportive literary community here. The support I’ve had from Spike, for example, and from Bristol Short Story Prize and Festival of Ideas, has all been so wonderfully rich. In the last couple of years, I’ve made brilliant connections with so many exciting women writers working in the city. It’s great to feel part of that wider writing community.

The first Literary Salon is on February 16 at Spike Island. Guests include Shagufta Iqbal, Vera Chok and Miles Chambers. Full details on Sian’s residency and accompanying events at www.spikeisland.org.uk