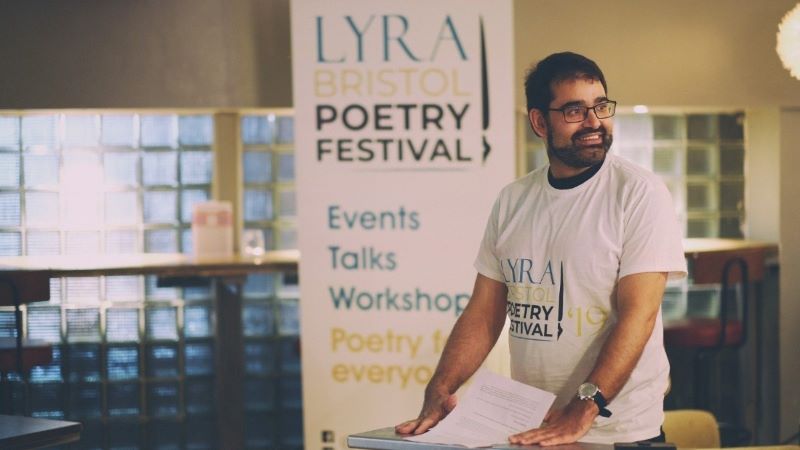 Organisers of Lyra, the new Bristol Poetry Festival which had its first outing last year, have launched a crowdfunding campaign to support this year’s festival.

The aim of the crowdfunding campaign is to “ensure we can deliver as much as possible… not only to this year’s festival but also the growth of Lyra in years to come.”

The funding appeal goes on to say: “Much of the festival will be organised on a voluntary basis, financed largely through ticket sales. If we are able to raise a little more in advance this will enable us to support the kind of activities we don’t expect to bring in a lot of revenue, which will help to make Lyra as inclusive a festival as we would like it to be.”

Last year’s Lyra festival presented five days of performances and readings from a host of poets including Bristol city poet, Vanessa Kisuule and the festival’s poet-in-residence, Tom Sastry. Other Bristol favourites such as Josie Alford, Stefan Mohamed and Melanie Branton were on the bill as well as those from further afield including internationally acclaimed Olivia Gatwood, Anthony Anaxagorou and Jo Bell.

Lyra, Bristol Poetry Festival 2020 takes place from March 13 to 22. For more information and to donate to the crowdfunding campaign, visit https://www.gofundme.com/f/support-bristol-poetry-festival-2020