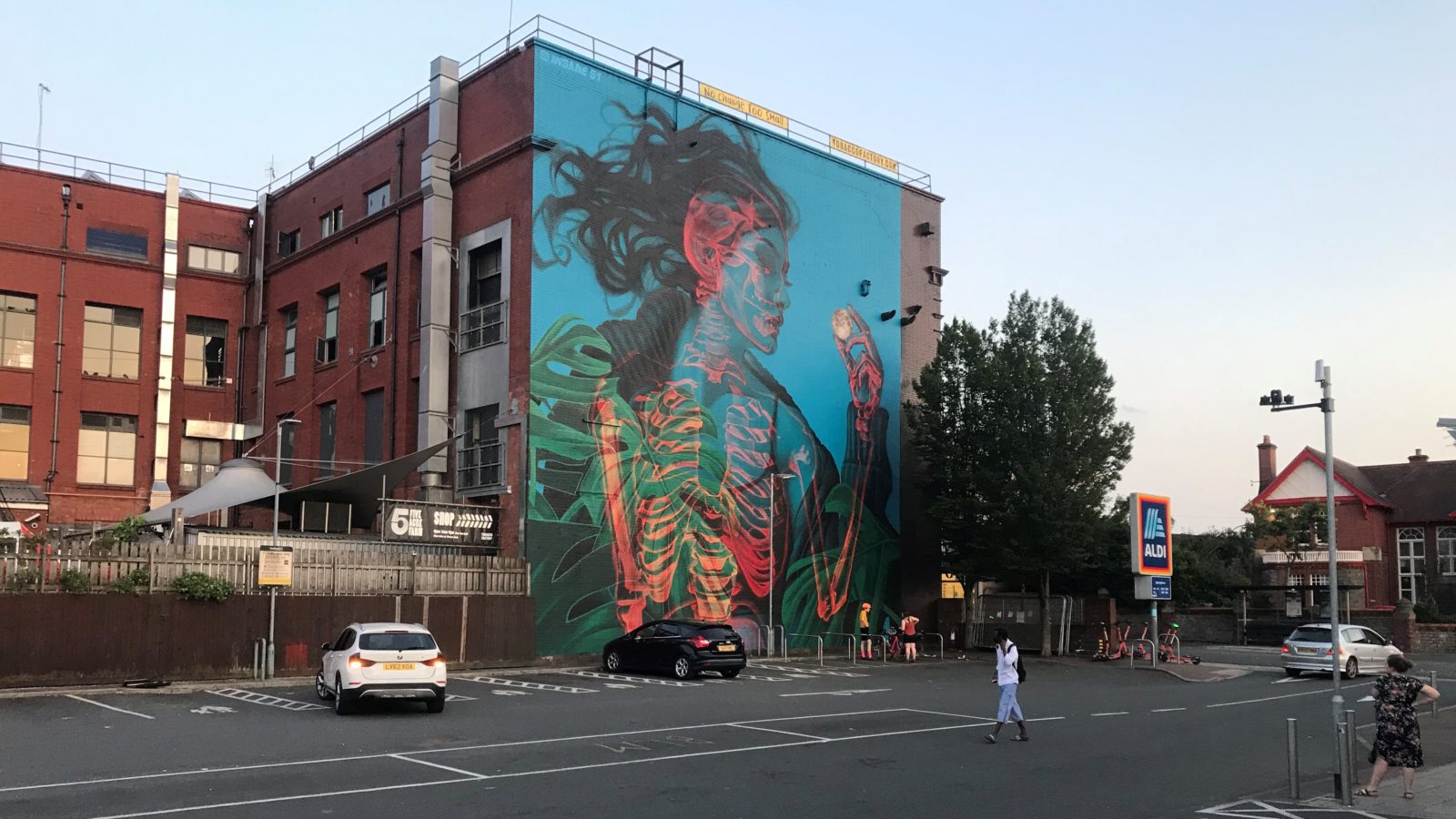 Jody’s Greta Thunberg on the side of the Tobacco Factory is no more.

But in its place overlooking the car park of Aldi on North Street is an incredible new piece by Greek artist Insane 51 which contains an amazing hidden secret.

The Athens-based muralist is one of the pioneers of large scale three-dimensional murals, known as ‘double exposure 3D’.

His new piece in Bristol of Nyx, the Greek goddess of the night, was completed as part of Upfest’s project to paint 75 walls across Bedminster in 75 days.

It is best viewed using 3D glasses, with the goddess revealed through the blue lens but her skeleton seen through the red lens.

This is some next level street art by Insane 51. 📹 by @BenBirchallUK pic.twitter.com/D2yveqfnt1