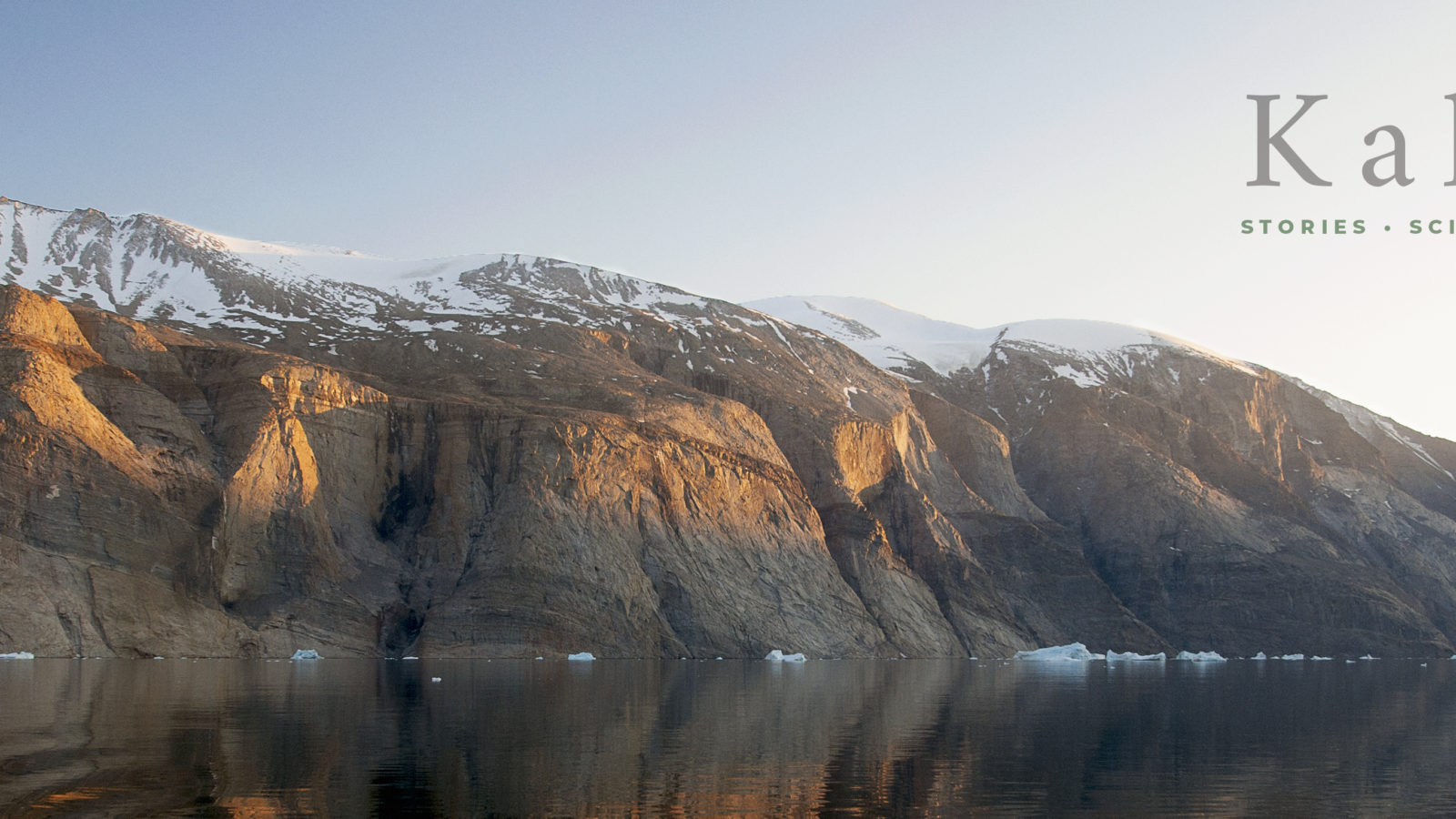 Kalerrâ translates in old Greenlandic as “the sound of it”, and a new podcast of the same name is exactly that: a celebration of soundscapes, stories and science.

The series of 30-minute long podcast episodes are a collaboration between three artists and two scientists who travelled to eastern Greenland to measure changes to the climate and plastic pollution in the ocean.

Chloe Russell, a 26-year-old student studying for a master’s in science communication at UWE Bristol, and Ben Imber, a music composer and producer of the same age, make up the core team behind Kalerrâ.

Released almost exactly two years after the expedition’s return to the UK, the podcast hopes to immersive, educational experience, and represent the “real voices” in today’s science; not all scientists are “stereotypical white, middle aged, men in lab coats”.

Kalerrâ was a result of recordings captured during the expedition to Weisboydlund.

“I had collected so many different types of media being out there, including field recordings using Ben’s microphone, and my head filled with ideas of how I could best represent the trip,” explains Chloe, who lives in Horfield.

“It was difficult to put into words how being in that environment made you feel and almost overwhelming to look back at images and videos from being there.

“It was, as Anne Lydiat says in the podcast, something that you have never experienced before – like being on a different planet.”

Anne Lydiat is one of the speakers on the podcast. Photo: Anne Lydiat/Loïc Soula

After taking some time to “decompress” after the trip, and after starting her master’s in science communication, Chloe began her main research project, Kalerrâ.

“When Chloe went on the expedition in 2018 I was excited to give her a microphone that she could use to record the soundscapes she would experience on the trip,” Ben adds.

“Originally we had planned to use these recordings and the visual footage Chloe had captured to create a documentary, but after hearing in detail about the experience and how immersive it was we decided it could have more impact as an audio experience.” 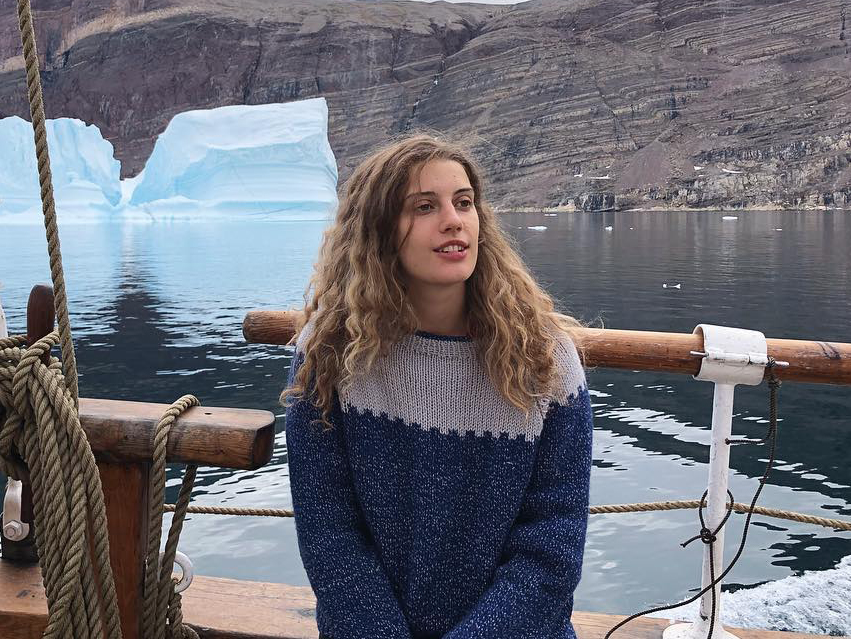 Ben adds: “When I watch video documentaries I often feel like a spectator. I hope that because the listener hasn’t been able to watch the video footage, they will use their imagination to immerse themselves into this journey similar to how you immerse yourself into a book.

“The aim was to make the listener feel like they have experienced a little bit of what it was like to go to this remote part of Greenland, in the hope that it will be a relaxing and educational escape where the messages in the dialogue will be communicated strongly and that people will feel more inclined to protect a place they may never visit.”

As well as soundscapes and immersive listening, the podcast features interviews with artists and scientists involved in the original expedition. 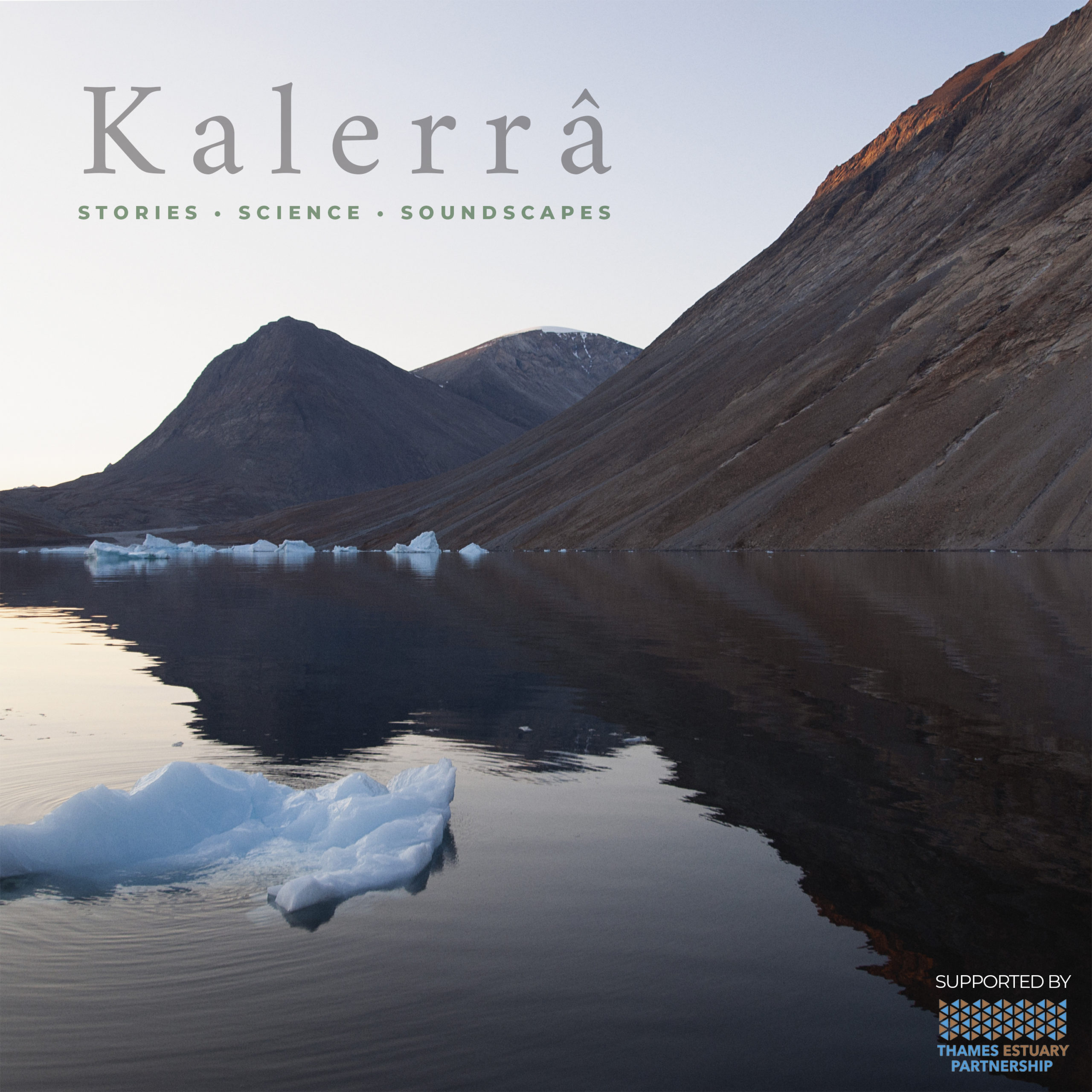 Kalerrâ has been a major part of Chloe’s study at UWE Bristol. Photo: Kalerrâ

Artists Anne Lydiat and Laura Melissa Williams and marine biologists Amy Pryor and Wanda Bodnar discuss their expertise in each episode, while listeners experience an audio journey through each field recording.

“I curated each episode’s dialogue by envisioning the journey of the expedition, which also reflects in the soundscapes we used in the project,” says Chloe. “We start by listening to footsteps walk up steps to the deck of the boat transitioning to setting sail, to later on in the podcast where you can hear a speedboat travel across water transitioning into footsteps on land where we had been dropped off.”

Kalerrâ is currently available to stream on all podcast platforms, and Ben and Chloe recommend listening to the series like an album, all in one sitting.

Day 1️⃣ Listening to field recordings from the trip and archiving them. We’re excited to listen to glacier ice chips melting in whisky! My name is Chloe. I’m a MSc student at UWE studying Science Communication. For my final research project I am working with producer Ben Imber to create a hybrid album/podcast from field recordings and interviews from my team that went to Greenland in 2018. The aim of the album/podcast hybrid is to assess how well sonifications and music deliver in science communication. I’m looking at how people connect to nature through audio media as well as communicating climate change and oceanic pollution in this part of the world. In the next coming months I will be documenting this project and sharing our ideas along the way. As well as behind the scenes action in the making, I will be sharing my photography from the trip. Tag along and let’s make some magic happen ☺️ #sciencecommunication #uwebristol #musicproducer #sciart #greenland #collaboration #expedition #expeditiontoweisboydlund

Looking forward Chloe will be collecting data on the sounds of music and soundscapes as a tool of communicating science and the natural world using the podcast, and the pair plan to continue creating, branching out by investing in binaural microphones and virtual reality, with Ben and Chloe saying: “We want Kalerrâ to become a platform that can spread awareness about subjects that may often be overlooked as they are not in your day to day life.”