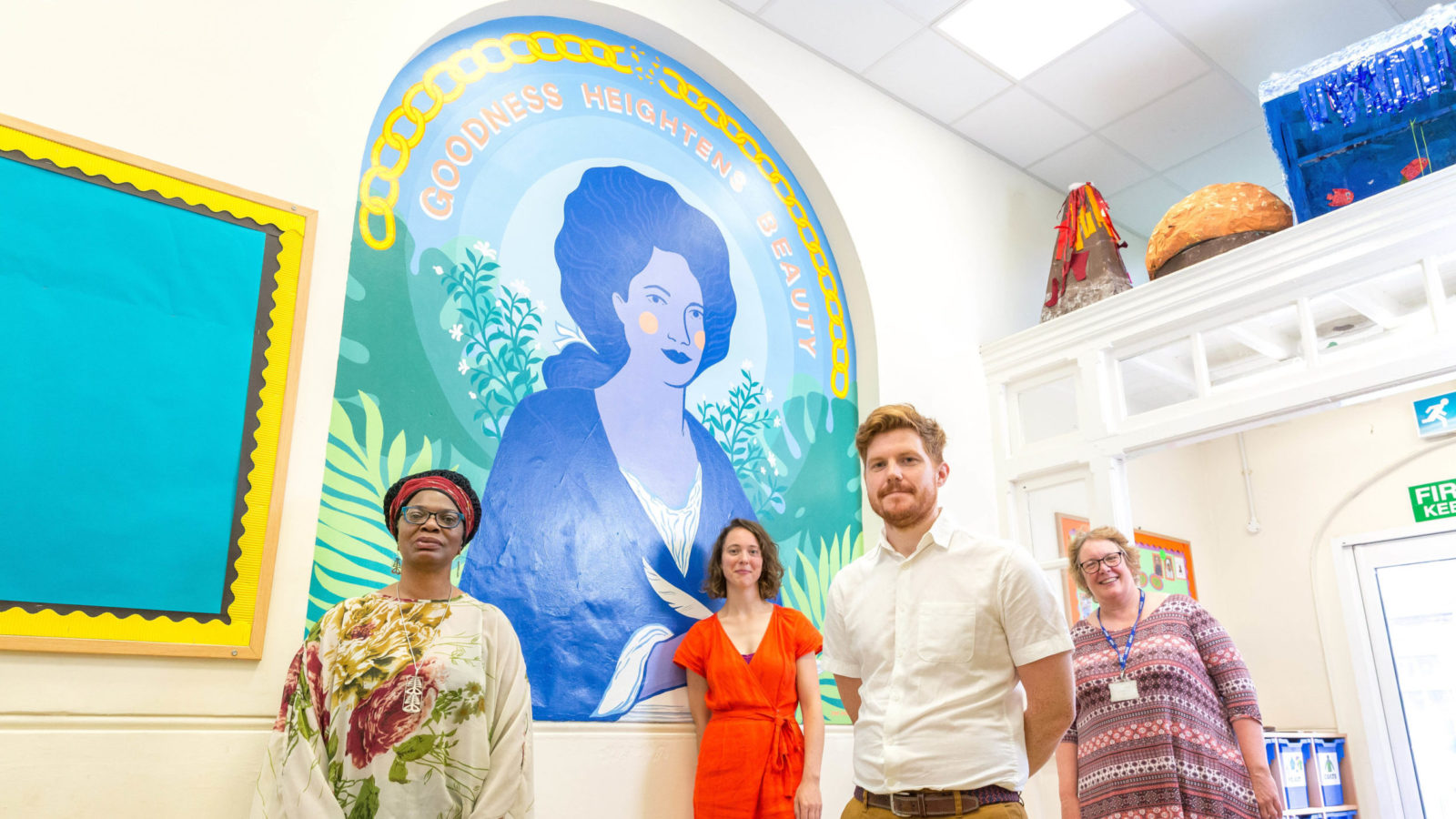 A new mural has been unveiled at Hannah More Primary School.

The 65 sq ft mural is dedicated to the St Philip’s school’s namesake, Hannah More, in celebration of the 275th anniversary of her birth.

The writer and social reformer, who lived in Fishponds, is celebrated for her work with women’s clubs and schools.

She dedicated her life to educating the poorer people of the city and she also worked with leading abolitionists and philanthropists to campaign against the transatlantic slave trade.

The coronavirus outbreak resulted in delays to the production of the mural at the school on New Kingsley Road, but it has finally been unveiled after work first began in March 2020. 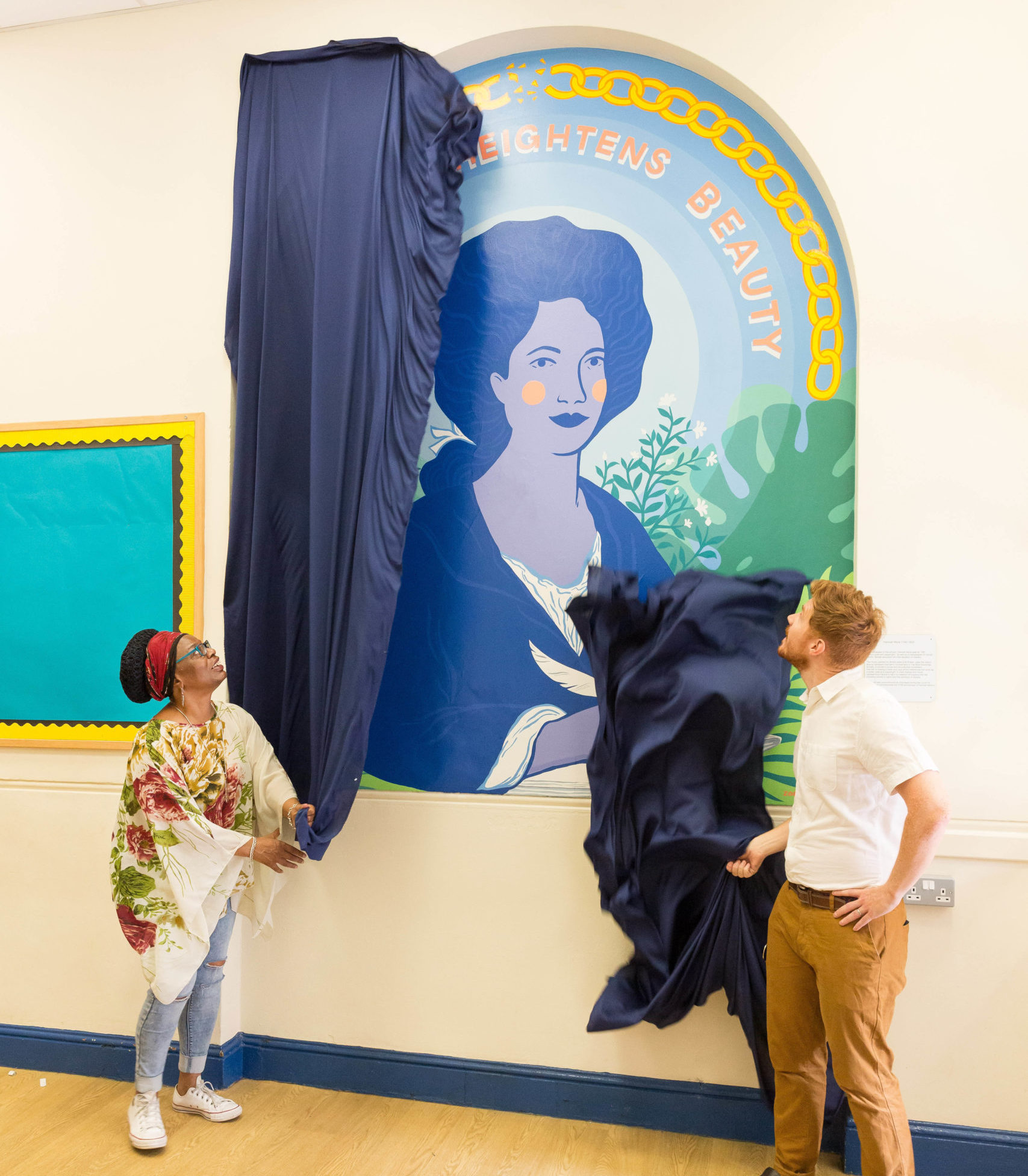 The mural was unveiled at a small ceremony. Photo: Barbara Evripidou

Deputy mayor Asher Craig unveiled the mural at a small, socially distanced ceremony. She praised More for her dedication to using her creative talents to “champion the less fortunate than herself”.

“It’s a privilege to have unveiled this mural,” said Asher. “I hope it will inspire many children and adults to give what they can to making society a better place for everyone.”

The mural was commissioned by property developer First Base, whose Soapworks site in the former Gardiner Haskins is only a few hundred yards from the primary school.

First Base’s director of partnerships, Olaide Oboh, said what a “significant year” it has been for Bristol, highlighting the importance of encouraging “local children, families and neighbours to continue to learn more about Bristol’s rich and diverse history”.

The mural was created by Bristol artist Zoe Power, whose work can be found across the city.

“It was a pleasure to learn about and paint the portrait of Hannah More, knowing that this mural will be enjoyed by many pupils and staff for years to come,” said Zoe.

“As a painter, it’s rare that I’m asked to paint female historical figures, so it’s nice to commemorate a Bristolian woman and her life achievements, which are referenced throughout the mural.”