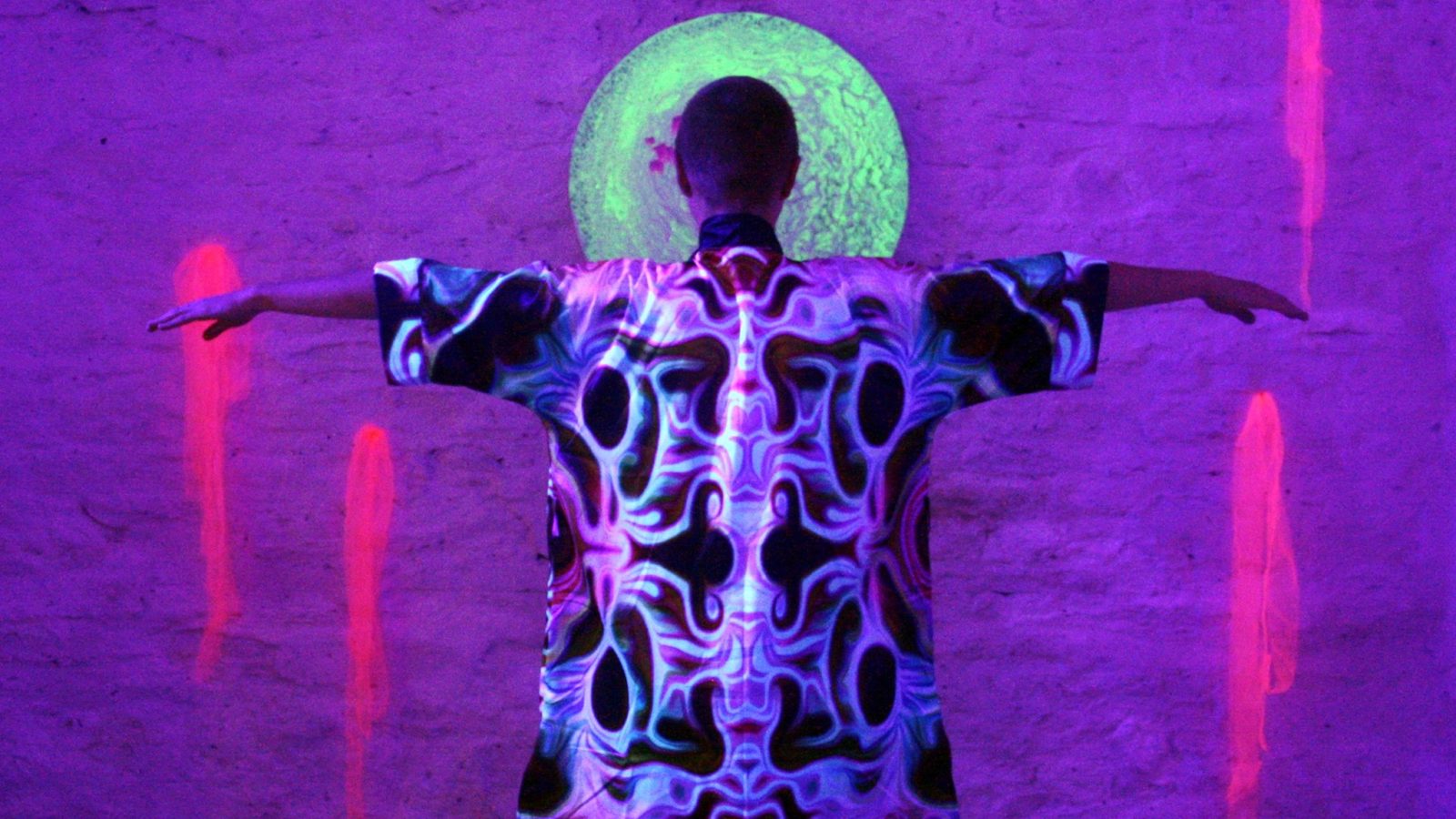 “SLUGLY is about embracing and celebrating ‘slugliness’, all the wonderfully gross, slimy parts of yourself,” says Vix Williams, project manager of a new interactive art installation taking place at the Island.

Vix, who lives in St Werburgh’s, created SLUGLY as a spin-off to their queer live art, Slime Time, based on leopard slug mating rituals.

Working with four other artists, SLUGLY is an extension of Vix’s weird and wonderful interaction art created to celebrate queerness and kink, and challenge body “ideals” and fast fashion.

“I work with interactive installation, custom clothing and the visual arts,” Vix says. “Mesmerised by glowing lights and neon ooze, the unnatural and uncanny. Nature, science and sci-fi amalgamate into my artwork.

“While studying fine art at the UWE Bristol, I revisited the leopard slug. A genderqueer, dichotomy-challenging animal that owns both male/female genitalia.

My face is feeling very pampered and dazzling in a mask by the psychedelic @piffygarb and my monobrow in tip top shape by @qttherapy ???? I got mega bullied in school cause of my brow and told I was UGLY and it took me until I was 24 to stop plucking my body hair and embrace my SLUGLINESS. It’s incredible how much words hurt. Big up your beautiful hairy squishy bodies and come and see us slugs crawling about at #sluglyantifashionshow with @piffygarb, @theseacat_shop, @stickupcrochet @we.creatures and @captaingrimace (clothing, jewellery and adornments for sale ????????????

The now sold-out opening party will be the introduction to a the self-defined “grossest event of the year”.

Guests will get the chance to experience the “squealchy sounds” of Mr Trout, enjoy anti-fashion works of Kim Piffy and Charlie Roberts, modelled by queer, gender non-conforming and cyberpunk individuals, be the first to view a new brand of sex-positive lingerie, laugh at comedy and witness Holly’s Hotlip’s pole dancing skills.

The evening will finish in a slime party, with each table invited to play with their own slime. 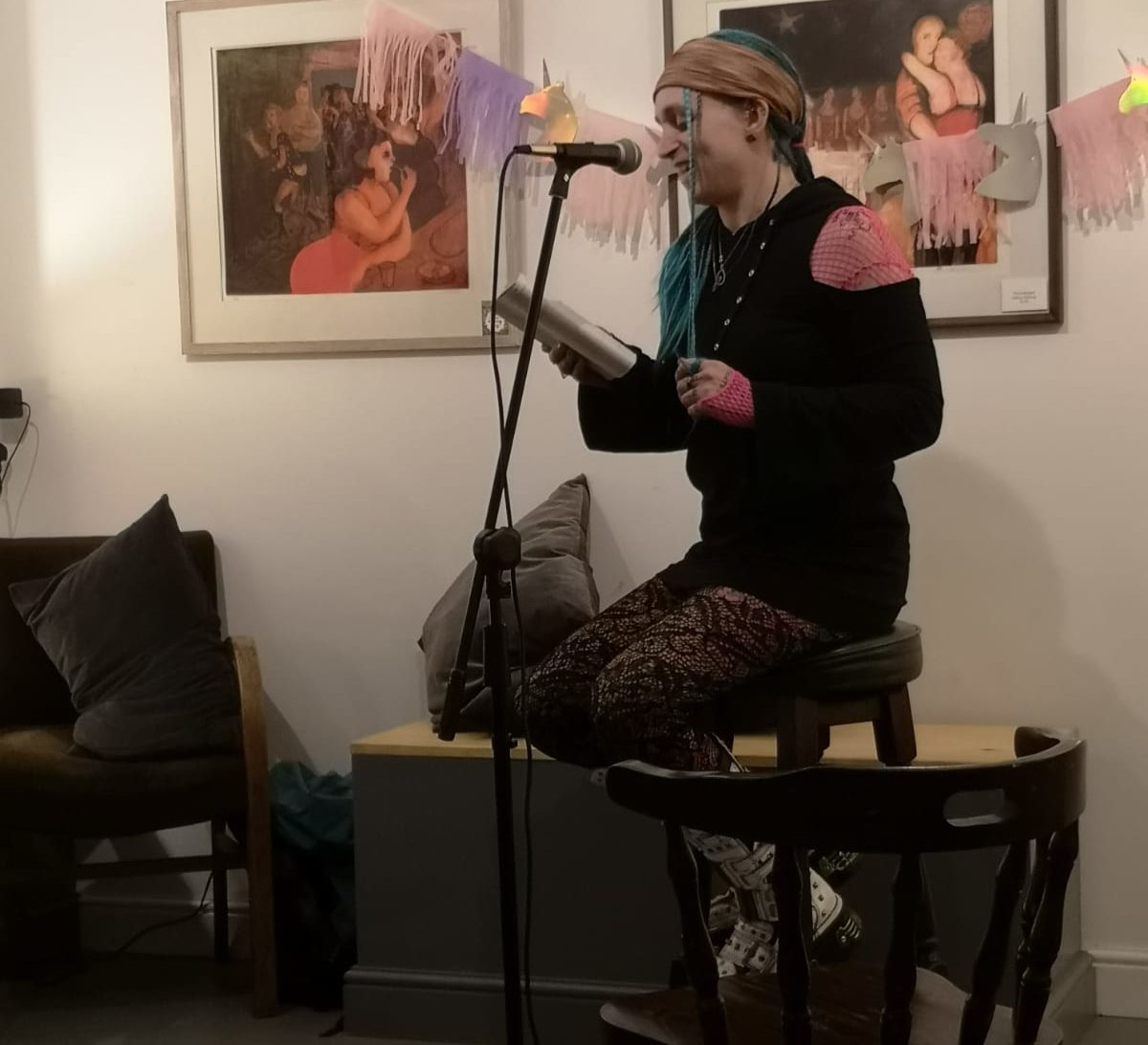 The party and exhibition has been highly affected by Covid-19 however, with Vix saying: “The fundamental aspect of Slime Time is touch so I felt like I lost my entire purpose and drive as an artist in the early days of the pandemic.

“But connection is now more important than ever and the challenge of exploring news ways to connect has been exciting and the collaborative aspect of the event as a whole, with the exhibition, market and fashion show meant that we wanted to continue and face these challenges.”

The party is now capped at 14 people – rather than the original 100 people – and the project has had to reimagined through the lens of keeping apart.

Even though the opening party is sold out, a SLUGLY exhibition will be held over Saturday, 10 and Sunday, 11 October, featuring work from Lisa Rose, Captain Grimace, Saphire Ozolins and others. 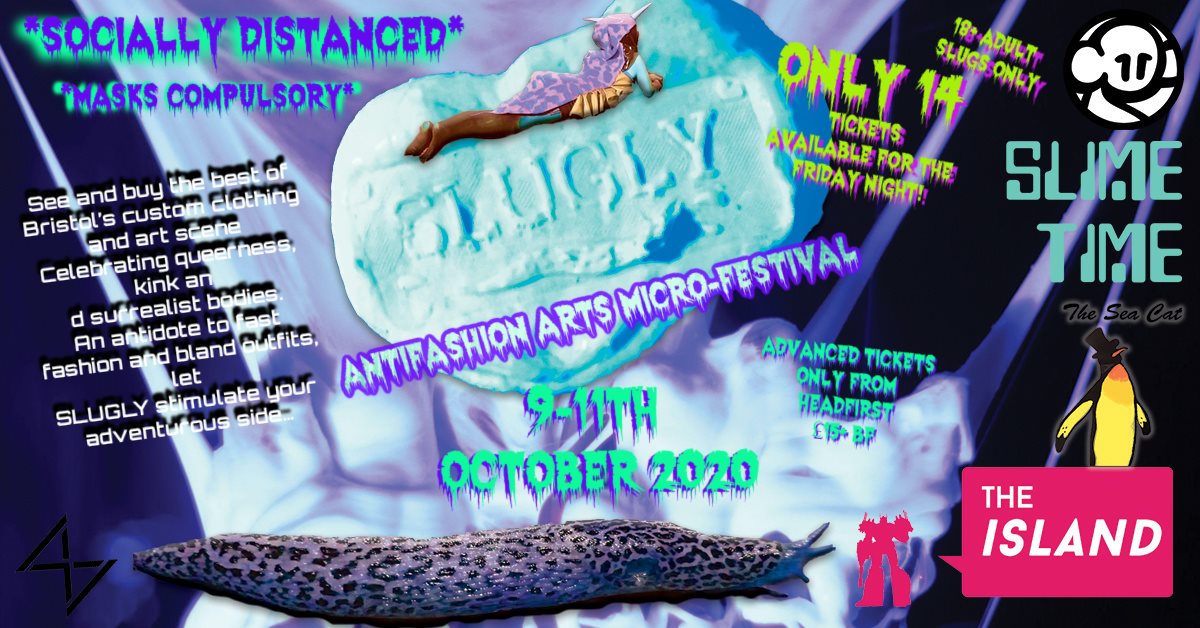 Half a dozen market stalls will sell wears inspired by queerness, bodies, surrealism, kink and slugs.

Everyone is welcome to the exhibition and market, which are also being held at the Island. Masks must be work and visitors much check in using the NHS app.

“Slugs I believe are the ultimate metaphor not only for the parallels I associate with gender fluidity and queerness but also in their general public image of being considered gross and slimy,” says Vix.

“We want to celebrate, reclaim and enhance what is considered ‘the other’.”

Read more: Breaking out from the raving norm