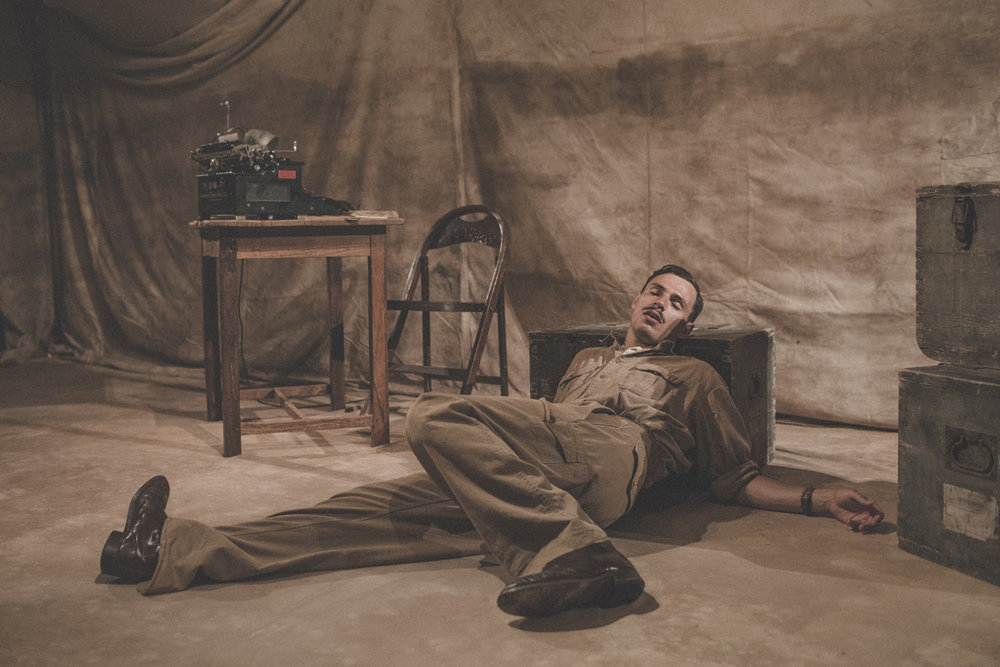 New play tells the life story of the poet Keith Douglas, from his early childhood to his time spent fighting in the Western desert as a tank commander; his accelerated education as a poet to his early death three days after the D-Day landings in Normandy at age 24.

Marking the outbreak of WWII for its 80th anniversary, this is the story of one man’s Faustian pact with a war which would both gift his penetrating poetic voice, and then take it away.

Written by Owen Sheers (Pink Mist), Unicorns, Almost conjures Douglas back into confrontational existence before an audience. Echoing the frequent direct address of his poems, Douglas’s pressure to speak to us is twofold: a desire to remind us of the horrors of war and what it steals from us, and a frustration that despite having seen his poems turned into print, they have remained, for the last 70 years, largely unread.