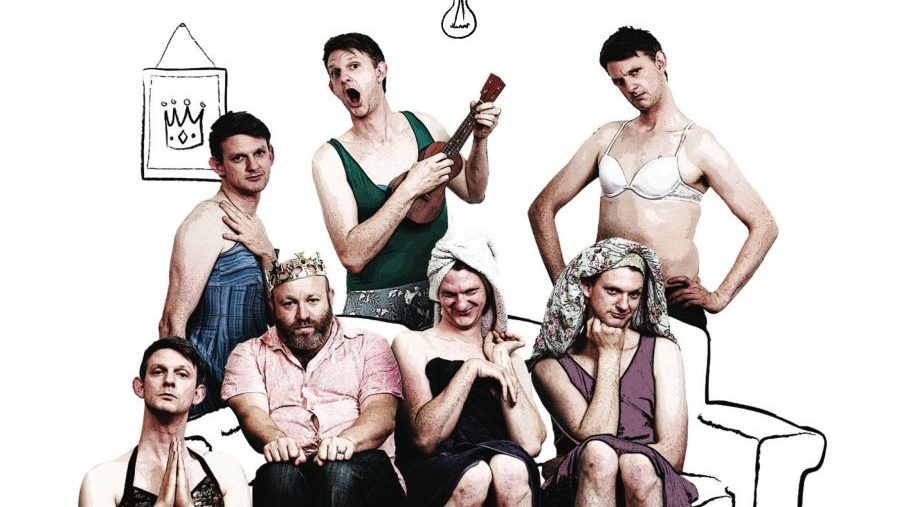 The brilliant Living Spit present their hysterical, self-referential romp through history with live music, embroidery and barbie dolls – you may just laugh your head off.

Howard Coggins looks like Henry VIII. There’s no escaping that. Stu Mcloughlin doesn’t really look like any of the wives, but he’s going to give it a go. After their previous self-funded two-man historical drama is savaged in the press, Howard and Stu are at their wits’ end. Then they hit upon an idea for a show that could change everything…

Yes, that’s right, by popular demand, Living Spit are back with the show that didn’t make them fa-mous. Join the throngs who have already succumbed to this confection of live music, embroidery and barbie dolls. You may just laugh your head off.

Living Spit make poorly researched historical comedy-theatre shows about people that at least one of them vaguely looks like. Which have music in. That they write. Some people like them. And laugh. In an appropriate way. Six Wives of Henry VIII was the first of Living Spit’s eight shows to date including Elizabeth I – Virgin On The Ridiculous and Adolf & Winston. Despite its gory subject matter, it is still many people’s favourite. Which is why they’ve brought it back. That’s the blood thirsty Brits for you.