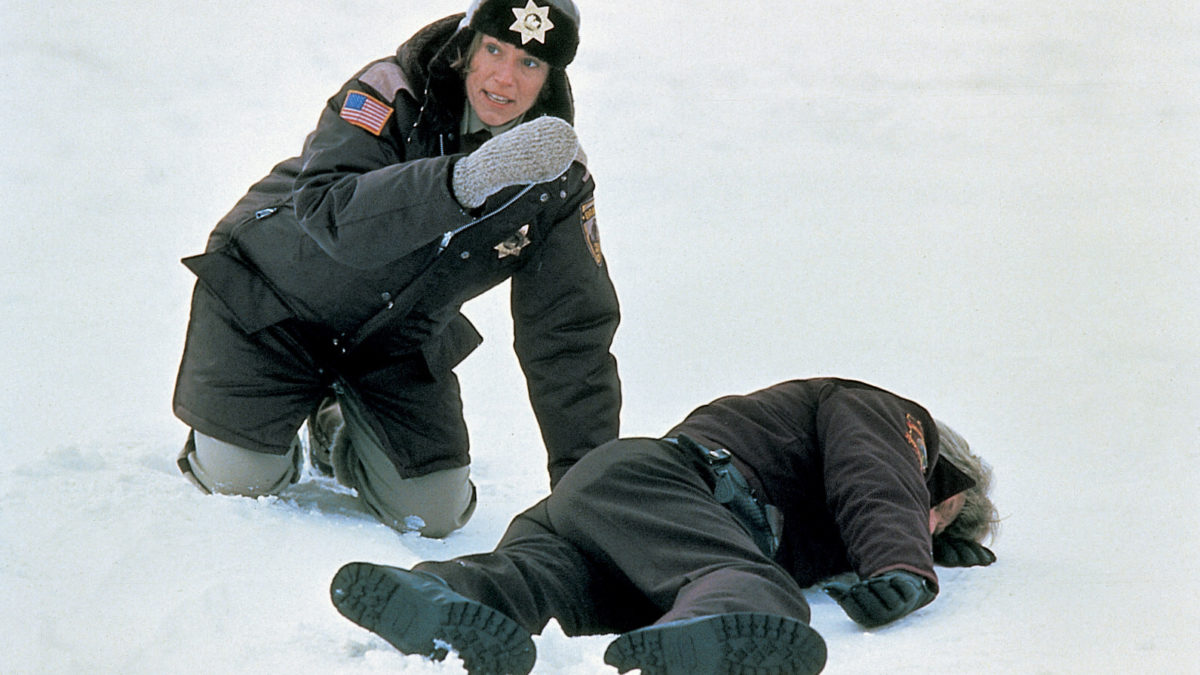 Back in 1996, the Coen brothers returned to the hard-boiled crime territory of their acclaimed debut, Blood Simple, for a film that became a cult classic and inspired a creditable TV series. Wannabe entrepreneur William H. Macy enlists non-stop talker Steve Buscemi and his silent associate Peter Stormare to kidnap his wife in the belief that his tightwad father-in-law will stump up the ransom, thus financing a rather good business opportunity.

Needless to say everything goes horribly wrong, with accidental deaths, shootings and murders cropping up where you’d least expect them. Based on a real-life case but fictionalised with the Coens’ distinctive writing and filmic skill, Fargo boasts characters who doggedly refuse to conform to genre stereotypes, while their actions (and fates) constantly surprise. Macy is on top form as the crooked but stupid car salesman in too deep, while Frances McDormand deservedly won her first Oscar for her memorable performance as pregnant policewoman Marge Gunderson.