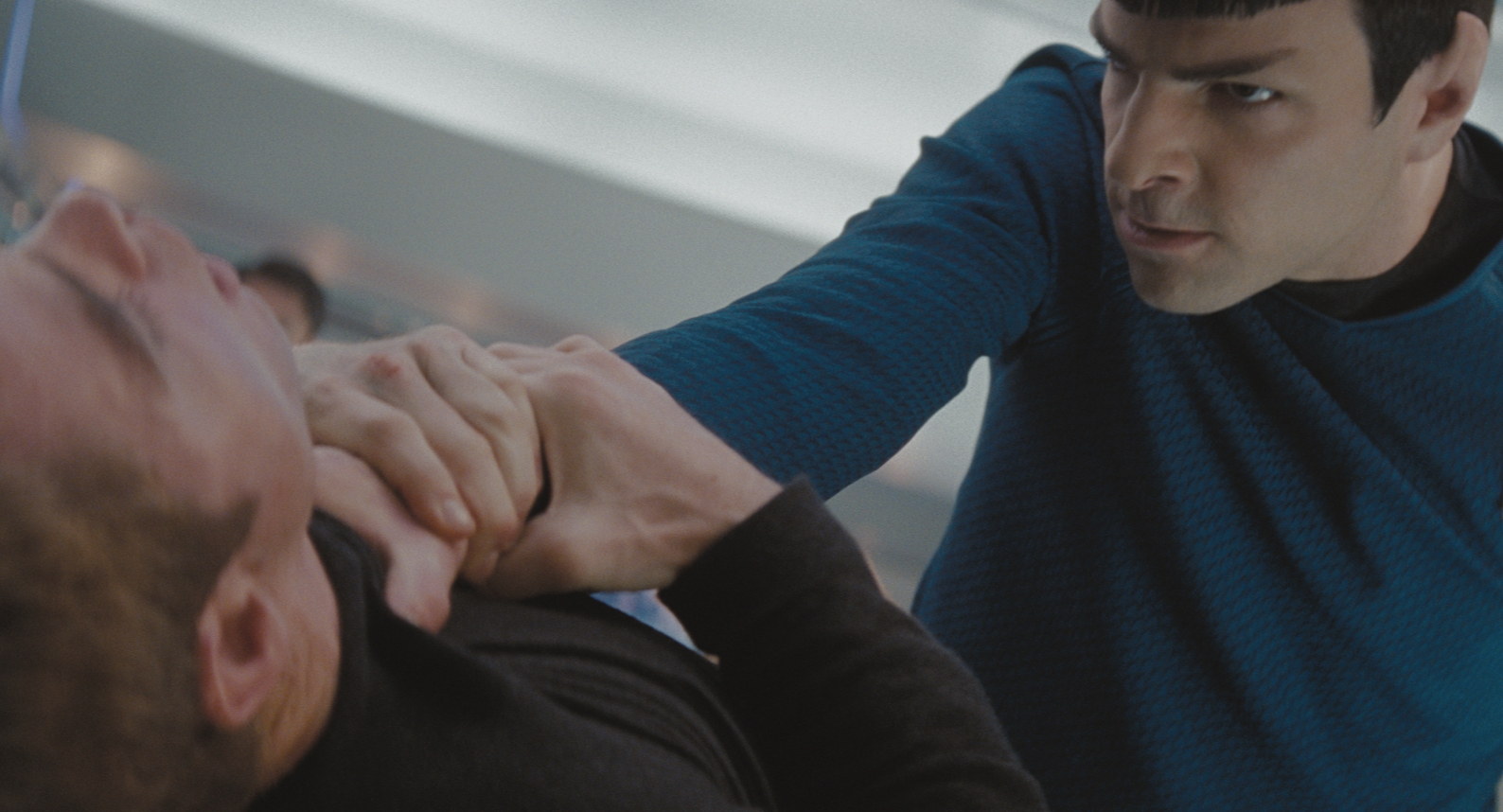 Clever and funny without being nudge-winky and in-jokey, with convincing backstories for Kirk and Spock, a strong plot with a perfectly serviceable villain, and a well-chosen, largely unstarry cast playing younger versions of those familiar characters, J.J. Abrams’ 2009 Star Trek succeeds in getting just about everything right. Naturally, hardcore ‘Trekkers’ had been whining ever since the project was announced, but nobody really cared except other spluttering social media dorks. So cast aside your understandable ‘prequel’ and ‘reboot’ cynicism and enjoy – at least until Simon Pegg turns up and threatens to unbalance the whole thing with a Self-Conscious Sci-Fi Nerd Cameo as Scotty.

Abrams kicks it off in style with the pre-credits birth of Kirk amid fire, chaos and death in circumstances that you just know will be revisited later on. As a bar-brawling, skirt-chasing, thrill-seeking, joy-riding Iowa farmboy (Chris Pine), his life spirals out of control until he’s persuaded sign up for the Starfleet Academy and develop his leadership qualities. Over on Vulcan, the young Spock (Zachary Quinto) finds himself bullied by pint-sized pointy-ears because of his mixed-species heritage (rather alarmingly, Winona Ryder is his mom) – the only shade of creator Gene Roddenberry’s liberal space politics you’ll find here – before he too arrives at the Academy to butt heads with Kirk and Bones (Karl Urban). Cue the film’s best line: “Who is that pointy-eared bastard?!” But Abrams doesn’t linger on this for long, packing the young crew aboard the Enterprise on its maiden voyage under Commander Pike (Bruce Greenwood), which will test them to the limits as they take on time-travelling Romulan wrong ‘un Nero (Eric Bana).

Neither Quinto nor Pine are lookey-likeys, but they do inhabit their characters convincingly. The constraints of the feature film format mean we get less background on the others, though all their catchphrases are worked into the script and there’s plenty of mileage for future development in the love triangle evolving between Spock, Kirk and Uhura (Zoe Saldana). Abrams keeps it all pacey and exciting enough to engage popcornheads who know or care nothing about Trekkie heritage, while deploying the alternate timeline trick as a handy Get Out of Jail Free Card for series lore anomalies. The result is the most enjoyable Trek since the one where they saved the whale.