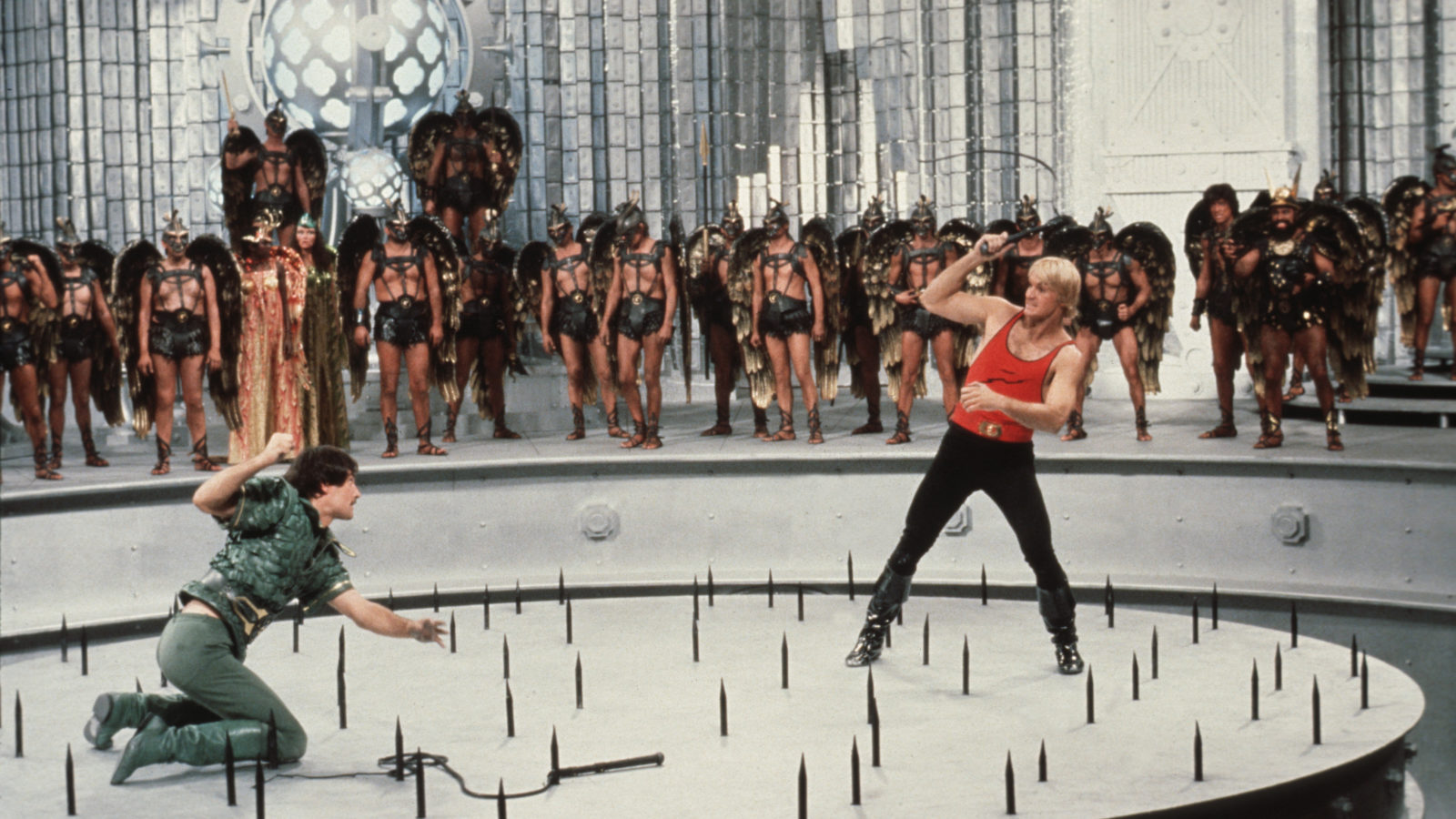 A 40th anniversary 4K restoration of this enjoyably campy reworking of those Buster Crabbe adventures from the 1930s, in which our hunky American Football player hero Flash (Sam Jones, whom younger punters will recognise from the Ted movies) and chums travel to Planet Mongo to do battle with Ming the Merciless (Max Von Sydow) to save the Earth. Watch out for a winged and bellowing Brian Blessed as Hawkman Prince Vultan and a pre-Bond Timothy Dalton as Prince Barin.

History records that George Lucas wanted to make this one, but trashmeister Dino De Laurentiis got in first and hired Nic Roeg as director. When he bailed, Bristol-born Mike Hodges took over. Lucas went off in a huff to make something called Star Wars. Fascinating factlet: one thing that seems to have escaped the attention of those writing features about the reissue is that this is a rare example of a film whose certificate has been revised upwards rather than downwards. On release, it was a PG. Now it’s a 12A. How come? The swearing, violence and sex references remain tame and inoffensive, but now the BBFC addresses modern sensitivities about discrimination. Specifically: “An alien character is coded as ‘Asian’ due to his hair and make-up, although he is portrayed by a Caucasian actor. The character derives from the film’s dated source material, but some viewers may find the depiction offensive.”