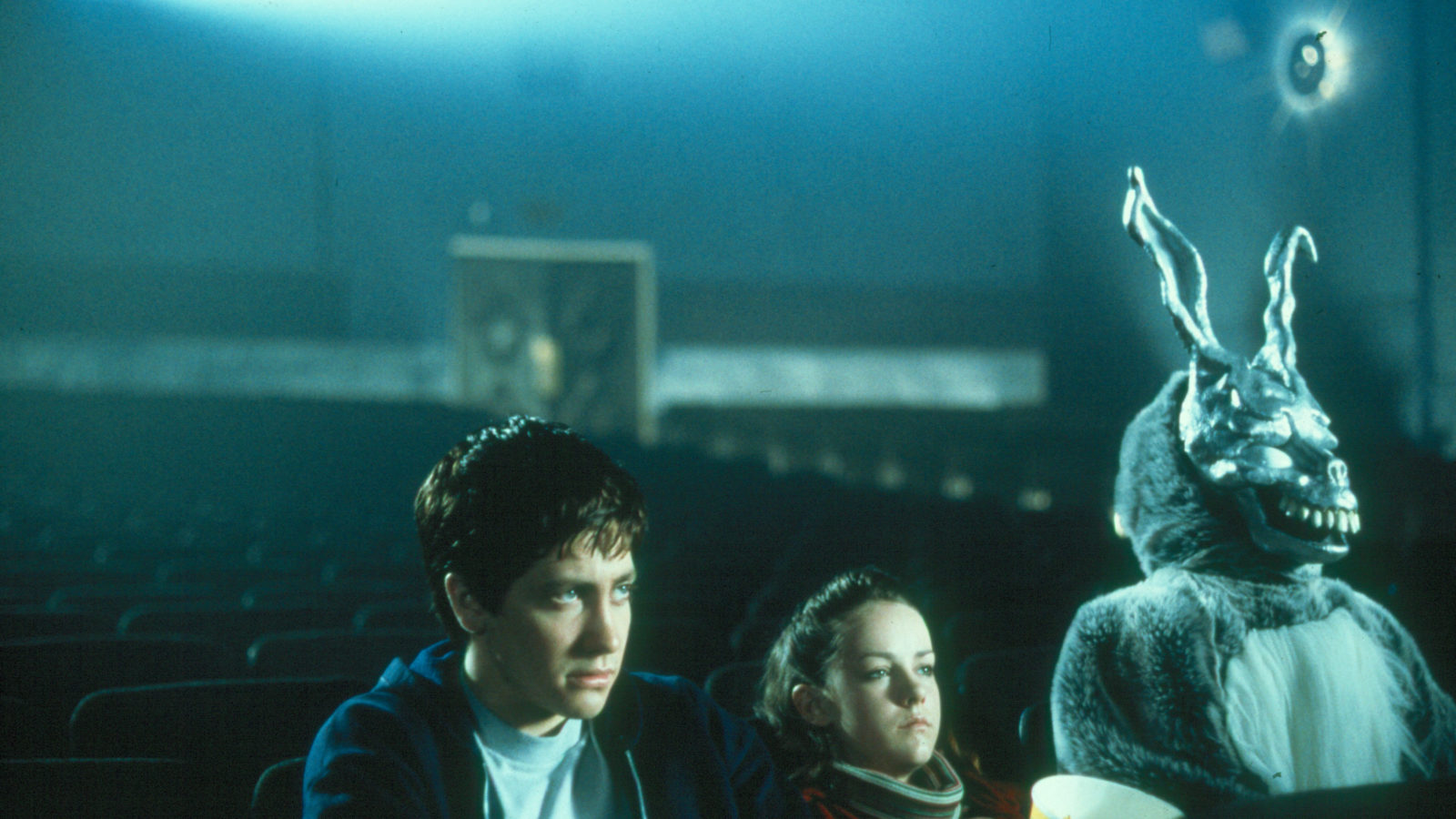 Donnie Darko (Jake Gyllenhaal) is an exceedingly troubled teen. It’s not just that he’s on heavy medication and has regular sessions with a shrink (Katharine Ross). Y’see, lately he’s been accosted by a giant rabbit named Frank, who tells him the world is due to end in 28 days and eggs him on to do Bad Things. But Frank’s no simple baleful bunny. He even saved Donnie’s life by luring him out onto a golf course late at night when an aircraft engine plummeted through the family home and destroyed his bedroom. That no aircraft reported a missing engine is just one of the mysteries surrounding Donnie. He now finds he can see into the future by following ectoplasmic protrusions that emerge from people’s chests, and develops an all-consuming interest in time travel, the key to which may or may not be held by a crazy old woman known as Grandma Death, who continually checks her mailbox for a letter that never comes.

Initially released in the US to a mixed reaction, the then 26-year-old Richard Kelly’s dazzling debut has been described variously as “a John Hughes movie directed by David Lynch” and “American Beauty reworked as an episode of The X-Files”. Kelly prefers to think of it as the story of Holden Caulfield rewritten by Philip K. Dick. The film certainly gives audiences plenty to argue about in the bar afterwards. There’s politics (it’s set in 1988, with characters divided along Dukakis/Quail lines), religion (although it originated as a much less ambiguous tale of divine intervention), film references (Harvey, obviously – but watch out for the bit where Donnie goes to the cinema for a double-bill of The Evil Dead and The Last Temptation of Christ), social satire, temporal paradox, and a final twist that poses more questions than it answers. But although the film is visually striking, packed with clever ideas and cunning misdirection, and never under-estimates the intelligence of its audience, it also manages to tell a moving human story of love and loss, with excellent performances from Gyllenhaal and Patrick Swayze as a New Age guru with a dark secret.