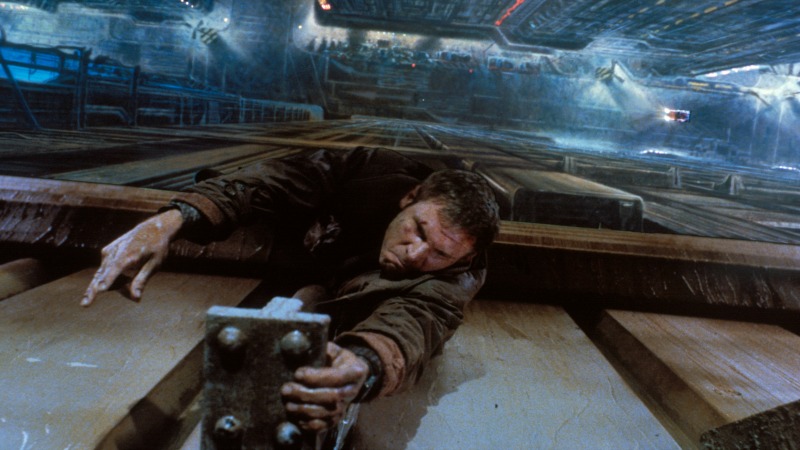 It’s 2019, and world-weary former cop Deckard (Harrison Ford) is bullied by his former boss into tracking down and eliminating a bunch of ‘replicants’ who’ve escaped from an off-world colony. So well developed are the replicants that only the most sophisticated techniques can distinguish them from humans. Indeed, one of their number, Rachael (Sean Young), is a new variety developed by the Tyrell Corporation who’s been implanted with a set of false memories and genuinely believes herself to be human. The replicants’ leader Roy Batty (Rutger Hauer) is more concerned with tracking down his creator to discover his own termination date. The film’s noirish tone is enhanced by Vangelis’s haunting score, and it packs an emotional punch not normally associated with the genre, especially in Batty’s valedictory speech. Blade Runner has also generated its own mythology thanks to the script’s vagueness about the number of replicants on the loose, prompting speculation that Deckard himself may be one of their number. Not to be confused with the Director’s Cut (over which, ironically, Scott had no control), this 2007 version of the film includes the full, fanboy-delighting unicorn dream sequence.