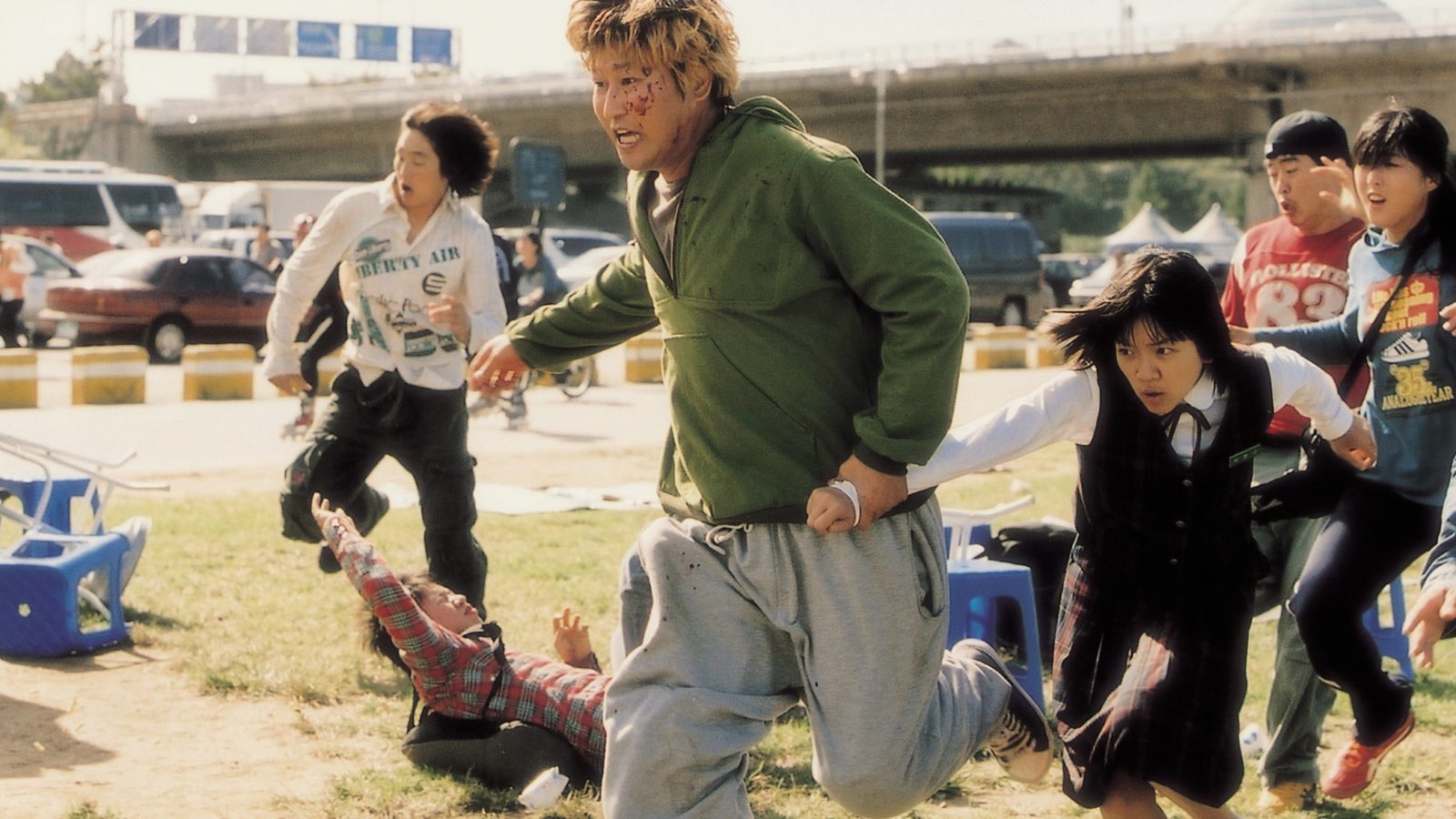 Fed up with endless cynical remakes and unscary 12A-rated horror? Fancy a big, dumb, funny, old-school Far East monster movie, with a pleasing streak of anti-American satire? Look no further than Parasite director Bong Joon-ho‘s 2006 delight: South Korea’s biggest-ever box office hit, whose only US input is the fine creature effects – a mix of CGI and stop-motion animation, in case you’re wondering – overseen by Kevin Rafferty of Star Wars fame. Better yet, it’s based on a true story. Well, not the bit where the giant mutant tadpole emerges from the Han river and eats everybody, obviously.

Nope, it’s the prologue that’s for real. Five years ago at a US military base in Seoul, an army big cheese instructs a hapless civilian employee to dispose of hundreds of dusty bottles of formaldehyde by pouring their contents down the sink, which drains directly into the Han. A couple of years later, local fishermen start noticing strange little critters (“Hey – how many tails did that thing have?”). Fast forward to the present day, where bumbling lummox Kang-du (Song Kang-ho) works at his long-suffering dad’s riverside squid eaterie. He’s teaching his 13-year-old daughter Hyun-seo (Ko Ah-sung) how to drink beer, while watching a TV broadcast of his sister Nam-joo (Bae Du-na) competing in an archery contest, when there’s a commotion outside. A giant creature has just slimed off a nearby bridge and is swimming towards the shore. Naturally, onlookers react in the only sensible manner: by throwing snacks. Seconds later, it’s romping about on the shore, chowing down on all and sundry, before scuttling back to its lair with unfortunate Hyun-seo in the grip of its prehensile tail.

The creature looks terrific, with very little of the digital sheen that bedevils most CGI creations, while its man-made origins hark back to the glory days of the original Godzilla. There’s also a great deal of humour here, from sly jibes at the Yanks and government incompetence/misinformation to out-and-out slapstick, as bumbling Kang-du and his lovably dysfunctional family (there’s a drunken brother too) set out to recover Hyun-seo from the clutches of the ravening monster. On the downside, it sags badly in the middle, and could easily have been pruned of 30 minutes to become a leaner, sleeker beast.