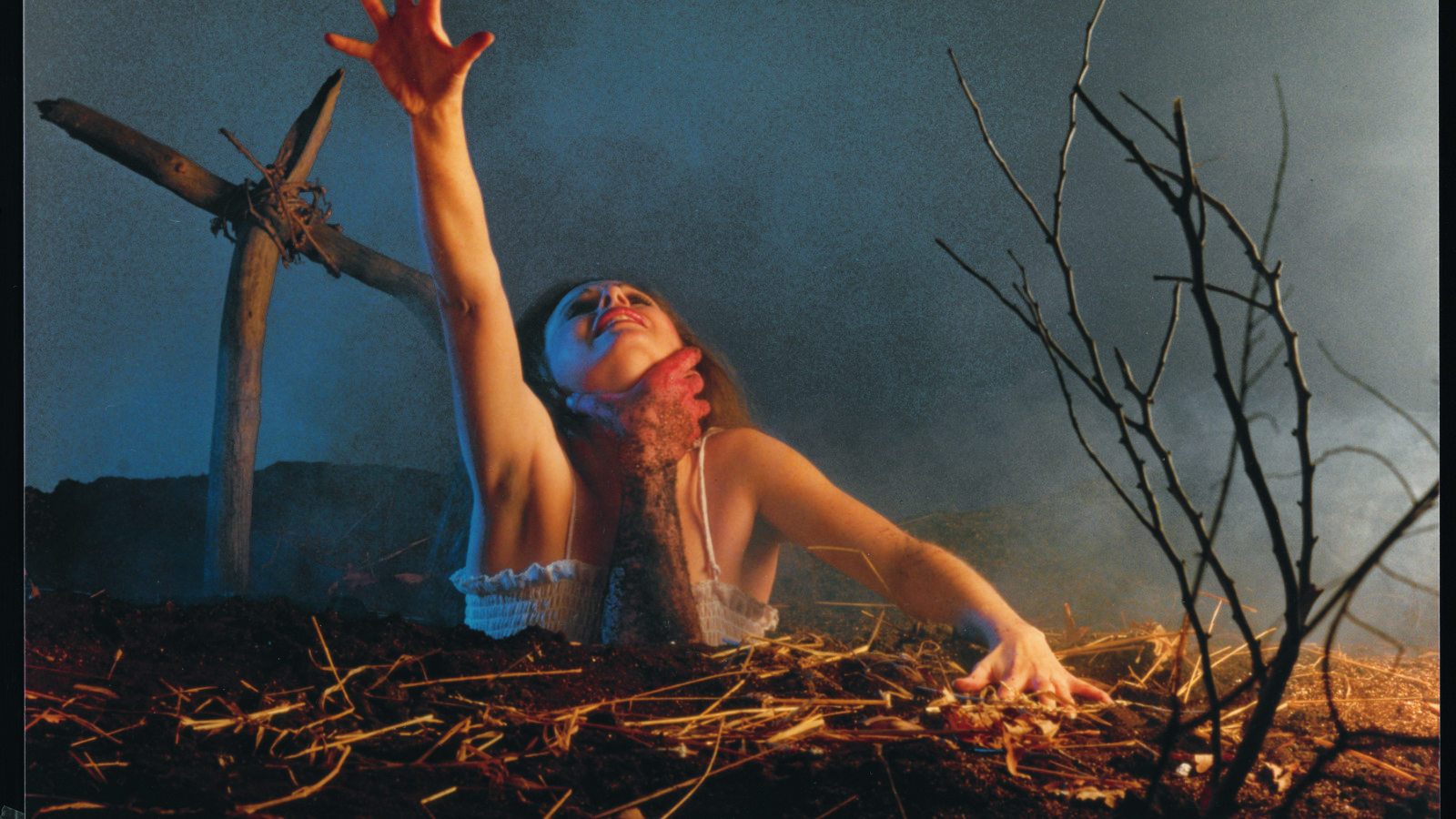 Sam Raimi‘s low-budget 1982 public information film warning of the dangers of reciting text from the Sumerian Book of the Dead in a remote cabin is a bona fide cult comedy-horror classic that lives on in the Ash vs The Evil Dead TV series, providing  a career for the impressively chinned Bruce Campbell.

Just in case anyone fancies a skip down memory lane, this was the first film reviewed for B24/7’s spiritual predecessor Venue magazine by renowned horror expert Kim Newman, while he was working on his definitive Nightmare Movies tome. Here, straight from a yellowing old Venue (issue 36, Sept 16, 1983), is what he had to say about The Evil Dead back then: “For a change, it is the macho heroes who are reduced to displays of Jamie Lee Curtis whimpering, while the submissive girls change from vulnerable victims into giggling witches given to high-pitched, infantile taunts and clawing, murderous attacks. Although there is plenty of grue, Raimi knows that he cannot rely on it to scare the audience, and rips through his slender story with rollercoaster speed…The Evil Dead was made by a handful of semi-professionals on an extremely limited budget, but it’s slicker, scarier, funnier and a lot less offensive than any ten of the expensively mounted, imaginatively crippled remakes that are trying to pass themselves off as horror movies these days.”