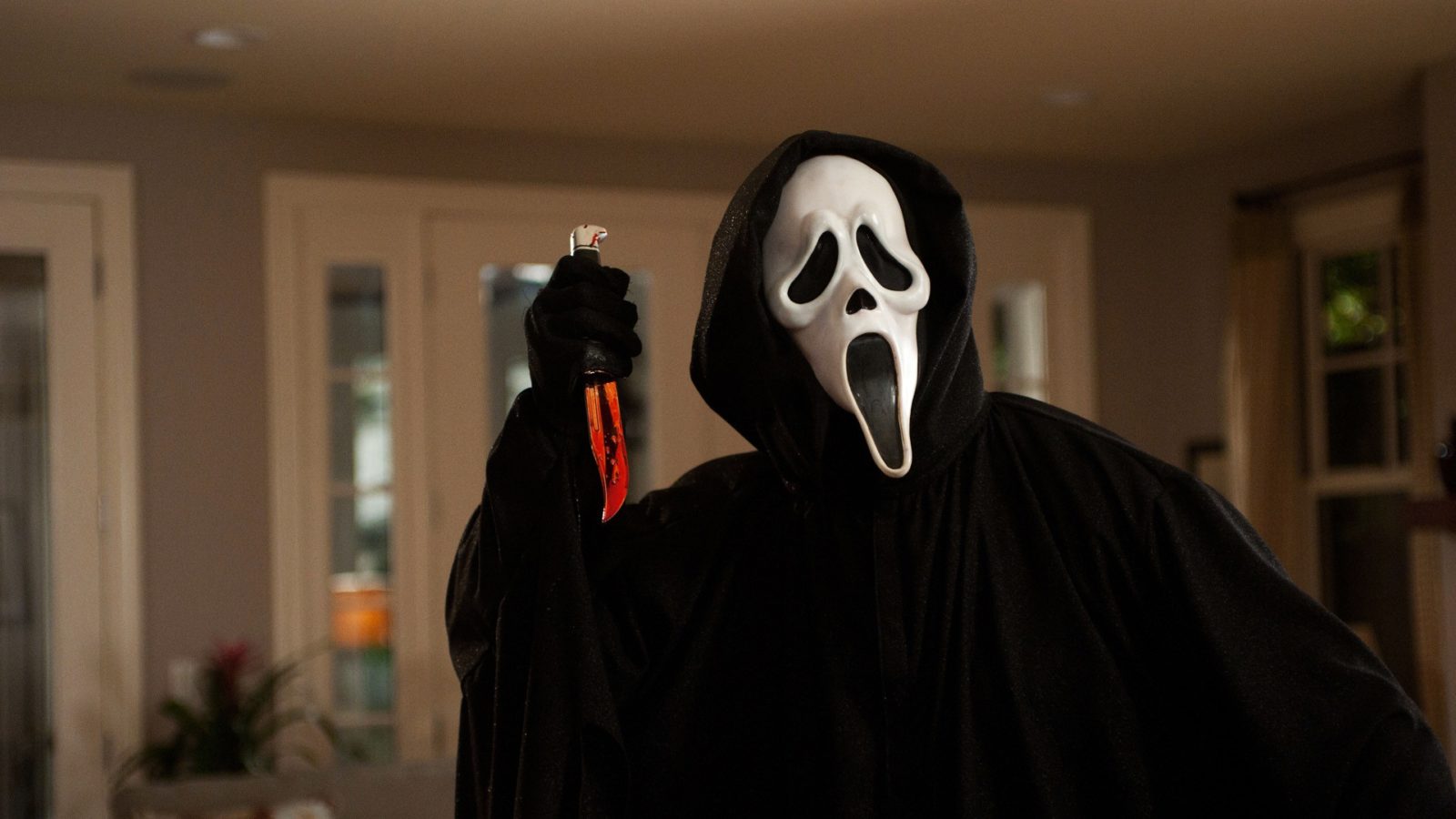 A horror flick that deconstructs itself before your very eyes, packed with genre references for nerdy buffs and enough scary moments to satisfy the non-committed, 1996’s Scream was the late Wes Craven’s best film since the original Nightmare on Elm Street.

When Drew Barrymore meets her doom after losing a life-or-death movie trivia game, the psycho goes on to target Neve Campbell and the archetypal small town yields up its suspects, who include her absent father, boyfriend Skeet Ulrich, hard-nosed bitch TV reporter Courteney Cox, and school principal Henry Winkler. This is a film whose characters do all the usual things that only dumb people in horror flicks do when there’s a maniac on the loose, but with a succession of knowing winks to the audience. Craven keeps his plot just the right side of smug, gets away with more gore than the censor would permit if he hadn’t played the irony card, and supplies the media studies industry with enough material to sustain a handful of academic careers.