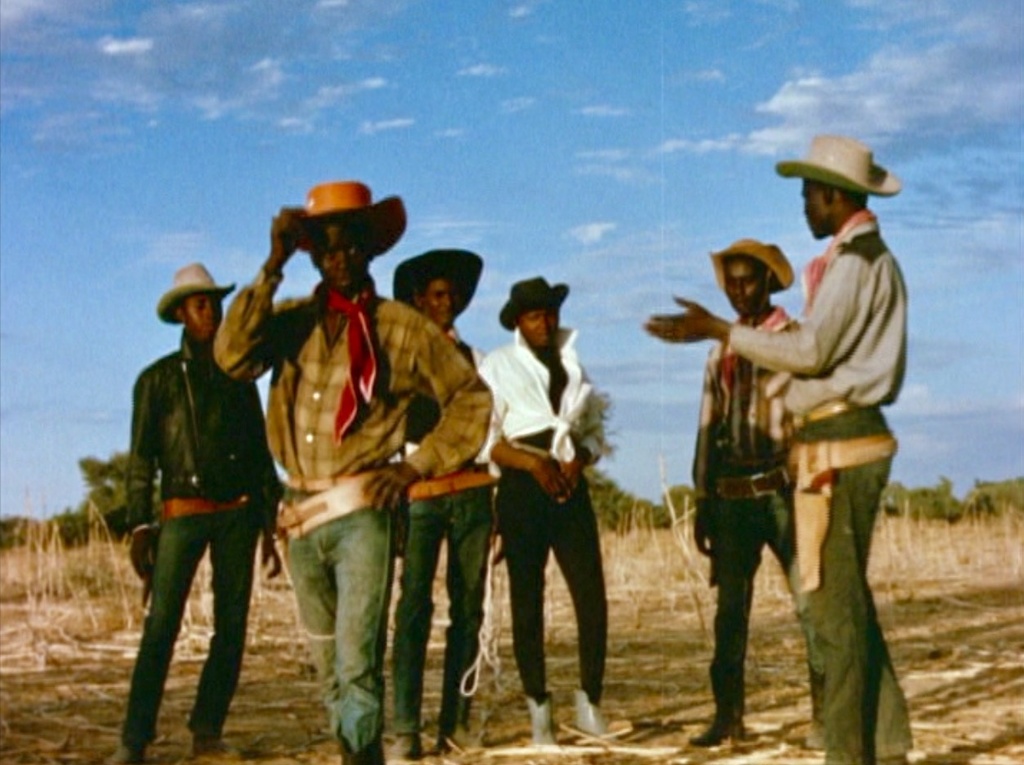 The idiosyncratic work of Nigerien filmmaker Moustapha Alassane (1942–2015) offers a uniquely incisive and playful commentary on modern Africa. A pioneer of populist cinema in newly independent Niger in the 1960s and 1970s, Alassane parodied colonialist attitudes toward black Africans, the corrupt despotism of local officials, and the shallow materialism of the country’s youth in a series of animated, fictional, and ethnographic films that remain beloved and influential even today. This programme includes UK premieres of brand new restorations of some of his most celebrated films: Le Retour d’un Aventurier (1966), a satirical take on the American Western that ridicules the westernized consumerism of the post-colonial generation; Samba Le Grand (1977), the first African animation entirely in colour; and stop-motion Kokoa (1985) which sees Alassane transform Niger’s traditional style of kokowa wrestling into a championship of animal combatants.