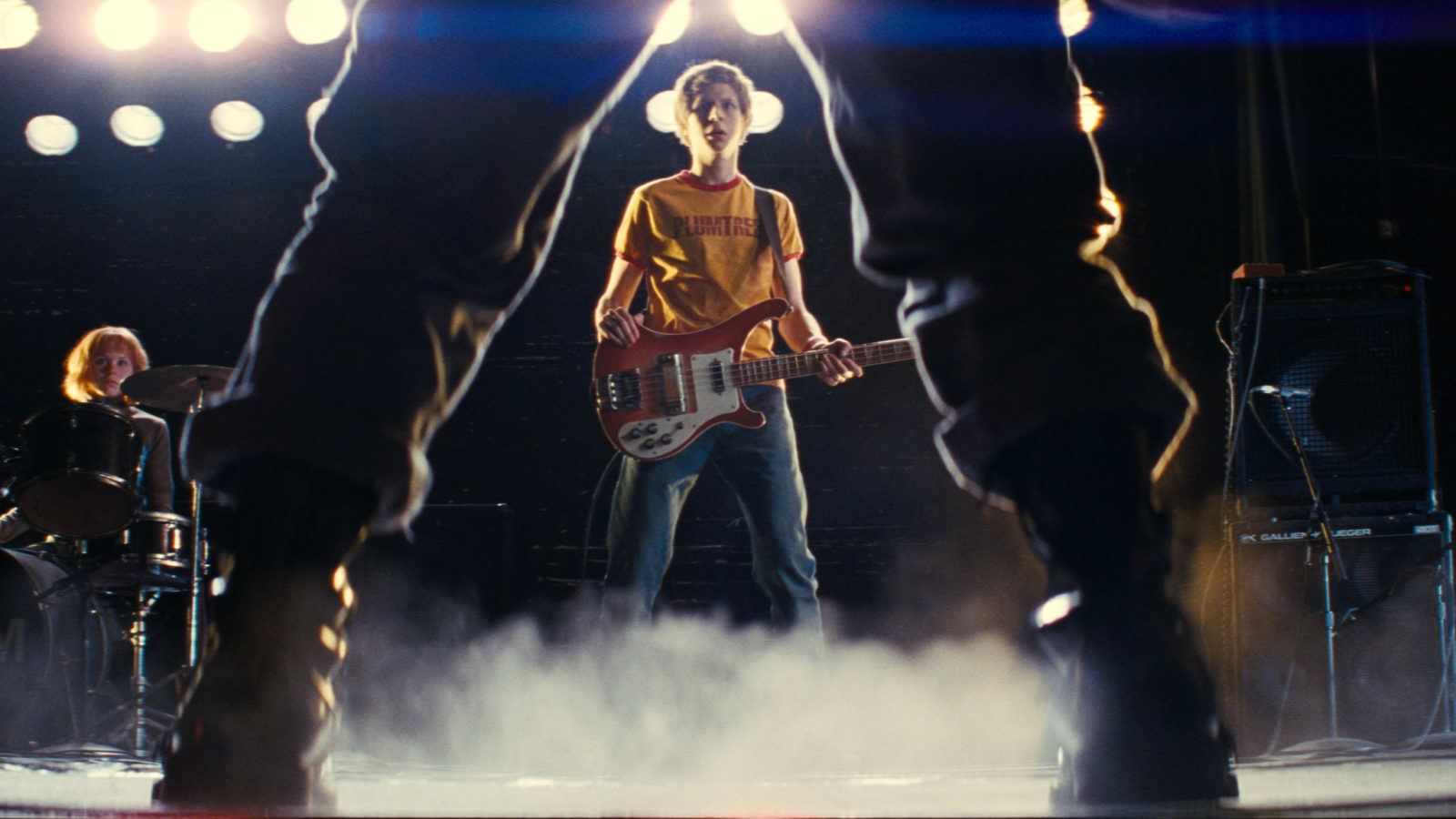 Back in 2010, the orgasmic squealing of fanboys was deafening. Rarely has an entertainment product pushed so many geek buttons so ruthlessly. Adapted from Canadian cartoonist Bryan Lee O’Malley’s cult graphic novel series, this gives a fantastical makeover to the familiar dweeb jock-trouncing wish-fulfilment theme: a weedy slacker finds that in order to win the heart of the woman of his dreams he has to defeat her seven “evil exes”, Mortal Kombat stylee. Sympathetically adapted by Brit Edgar (Shaun of the Dead, Hot Fuzz) Wright, the film plunges delirious nerds into a hyperactive world steeped in the iconography of vintage comicbooks and video games, bombarding them with split-screen, on-screen captions and score cards, animated inserts, arch humour, bad indie rock, and so on. For easily distracted Generation Xbox, there’s never a dull moment. But there’s a price to pay for targeting such a narrow demographic: everybody else might be turned off. That’s what happened in the US, where Scott Pilgrim earned back barely half of its budget. Those who are not attuned to its sensibilities may be forgiven for finding it all rather shallow, uninvolving and, yes, even rather irritating.

Still milking the sweet-natured, pallid, awkward loser schtick that has sustained his short career from Superbad to Youth in Revolt, Michael Cera plays Scott Pilgrim, an aimless, developmentally-arrested twentysomething who plays bass in a rotten garage band. A year after his girlfriend dumped him and went on to become a huge rock star, he scandalises his buddies by hooking up with a clingy, adoring underage girl (Ellen Wong). Then he encounters and becomes besotted with out-of-his league Ramona Flowers (Mary Elizabeth Winstead, doing the surly, unattainable thing) – a chick who’s so cool she changes her hair colour every week. Imagine!

This is where the unexplained “evil exes” deal kicks in and Wright ODs on the impressive visuals. Onomatopoeic sound effects drift across the screen (even telephones go ‘RIIIIIINNNG!”), captions impart such vital information as the state of Scott’s bladder, and the FX boys give full flight to this stylised Revenge of the Nerd. Enthusiasts will no doubt soil themselves with joy each time they recognise a Nintendo reference, but underneath it all is a generic indie loser coming-of-age yarn that doesn’t stand a chance in the Style Vs Substance smackdown.