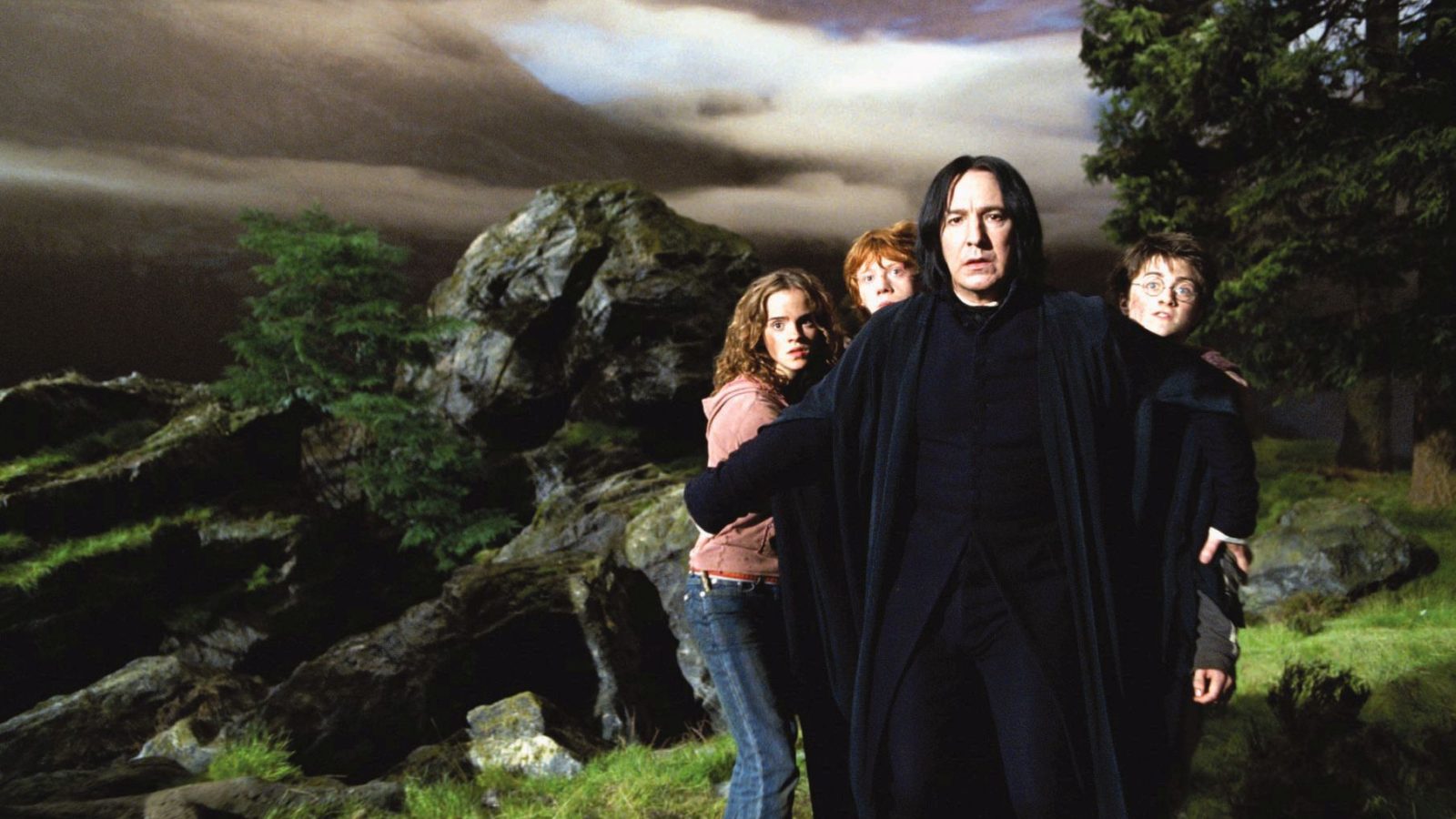 With Y Tu Mama Tambien director Alfonso Cuaron at the helm and the boy wizard and his chums growing up, they said this would be the darkest, most adult Potter so far. And, indeed, it opens with young Harry behaving like normal 13-year-old boys the world over: hiding under the bedsheets playing with his wand. But don’t worry, parents. This is still a Potter flick and that really is a wand. While the franchise was unlikely to pick up any new fans at this stage, Cuaron certainly succeeded in pushing the limits of the PG certificate to deliver the best, most atmospheric Potter so far.

As usual, it begins with Harry (Daniel Radcliffe) suffering another miserable school holiday at home with his aunt and uncle. A bit of illicit magical mischief later, the teen wizard arrives back at Hogwarts, where he’s surprised to find his misdeeds go unpunished. Turns out the authorities have bigger fish to fry. Evil wizard Sirius Black (Gary Oldman) has escaped from Azkaban prison and is believed to be hunting down Harry, having been responsible for the deaths of his parents years earlier. To make matters worse, sinister soul-sucking Dementors have been stationed at the school to protect the students from Black, though their undiscriminating nature makes them as much of a threat as any magic-slinging miscreant.

Although Cuaron has the benefit of inheriting an established world rather than having to create it from scratch, everything about this second sequel is superior to its predecessors. Harry has become a more complex, tormented figure; the effects are quite spectacular, filling each frame with detail; and the story’s darker twists, while never threatening to eclipse The Lord of the Rings, are much more satisfying. There are some terrific new characters too, notably Divination Professor Sybill Trelawney, played by Emma Thompson as a dishevelled New Age witch. Michael Gambon replaces the late Richard Harris effortlessly as Dumbledore, and such was the clamour by our finest thesps to impress their children by landing roles in the series that Azkaban even offers the unique experience of seeing Gary Oldman, the late Alan Rickman, David Thelwis and Timothy Spall together in the same scene.