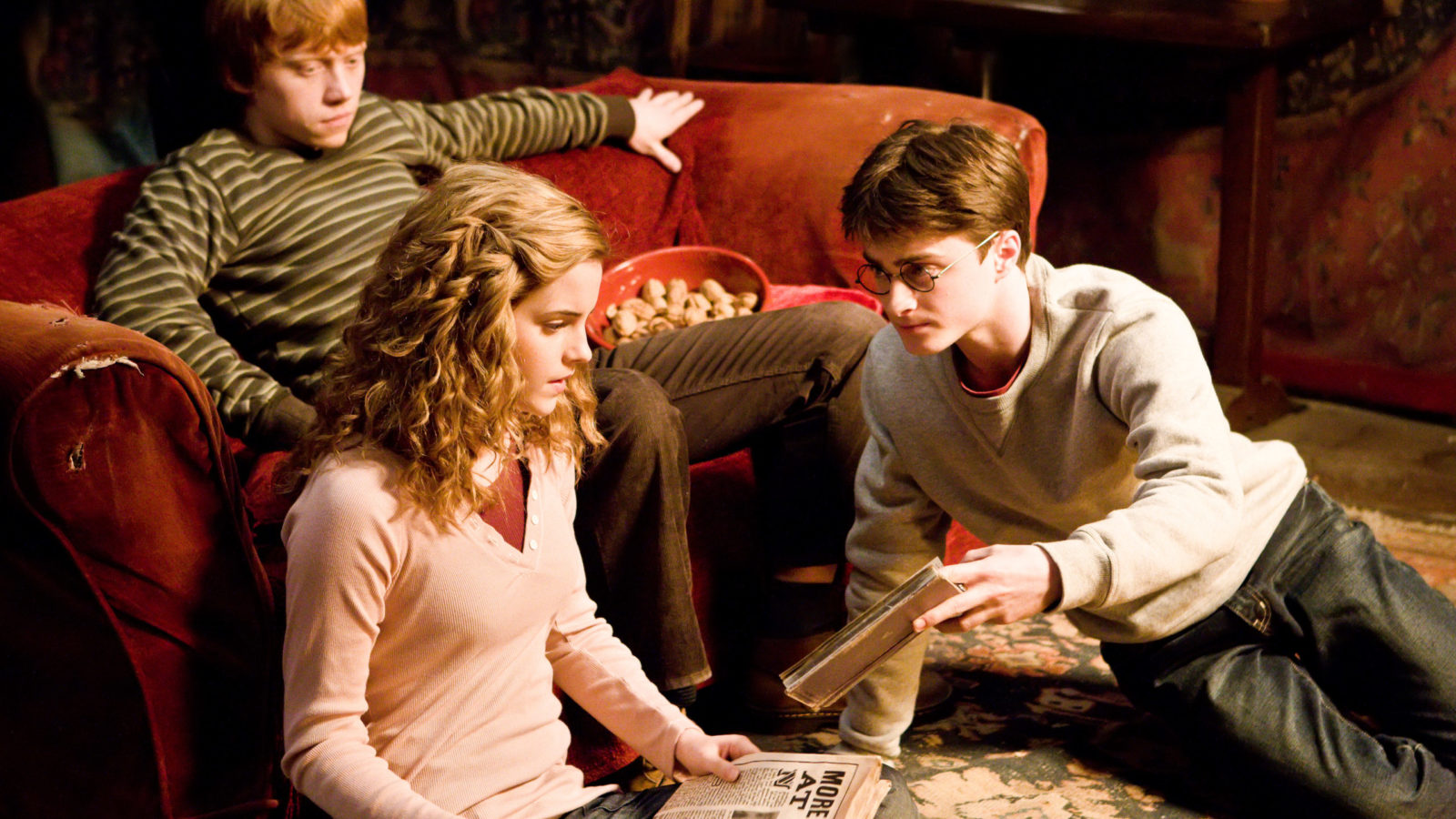 Bit of a rum Potter, this one. Essentially a bridging episode between the superior Order of the Phoenix (the shortest instalment of the series so far, as the sore of bottom will know) and the final showdown, which was split into two franchise-milking parts, this is most definitely not the time for newcomers to clamber aboard the Hogwarts Express. Half-Blood Prince is, of course, the book in which J.K. Rowling chose to kill off a major character. In deference to the 27 people who don’t know who this is, we’ll say no more here. But such drama is certainly needed in an episode that begins strongly with a Death Eater attack on Tourist London and the introduction of possibly the only veteran English character actor who hasn’t had a role in the series thus far, and concludes with a 12A-pushingly nightmarish horror movie steal and almost throwaway revelation about the Half-Blood Prince’s identity. Small boys will be alarmed to find that the long, draggy middle section contains an awful lot of snogging. Harry Potter and the Chaste Romance might have been a more honest title.

The newcomer is rotund, vain, status-obsessed former Potions Professor Horace Slughorn (Jim Broadbent), whom Dumbledore (Michael Gambon) lures back to Hogwarts in the hope that Harry (Daniel Radcliffe) can extract from him a vital clue that will help in the upcoming battle against Lord Voldemort, who has charged evil Draco Malfoy (Tom Felton) with an undisclosed dastardly mission. Meanwhile, Hogwarts has come over all hormonal. Harry has fallen for Ginny (Bonnie Wright), younger sister of Ron (Rupert Grint), who’s having his face snogged off by stalky newcomer Lavender (Jessie Cave), sending Hermione (Emma Watson) into a jealous sulk… Oh, fer fuck’s sake, there’s no time for cheesy teen romance when the whole of Potterland faces destruction at the hands of a CGI-augmented Ralph Fiennes! Broadbent is good fun, as one might expect, while Alan Rickman’s sepulchral, icily duplicitous Severus Snape continues to steal every scene he’s in.