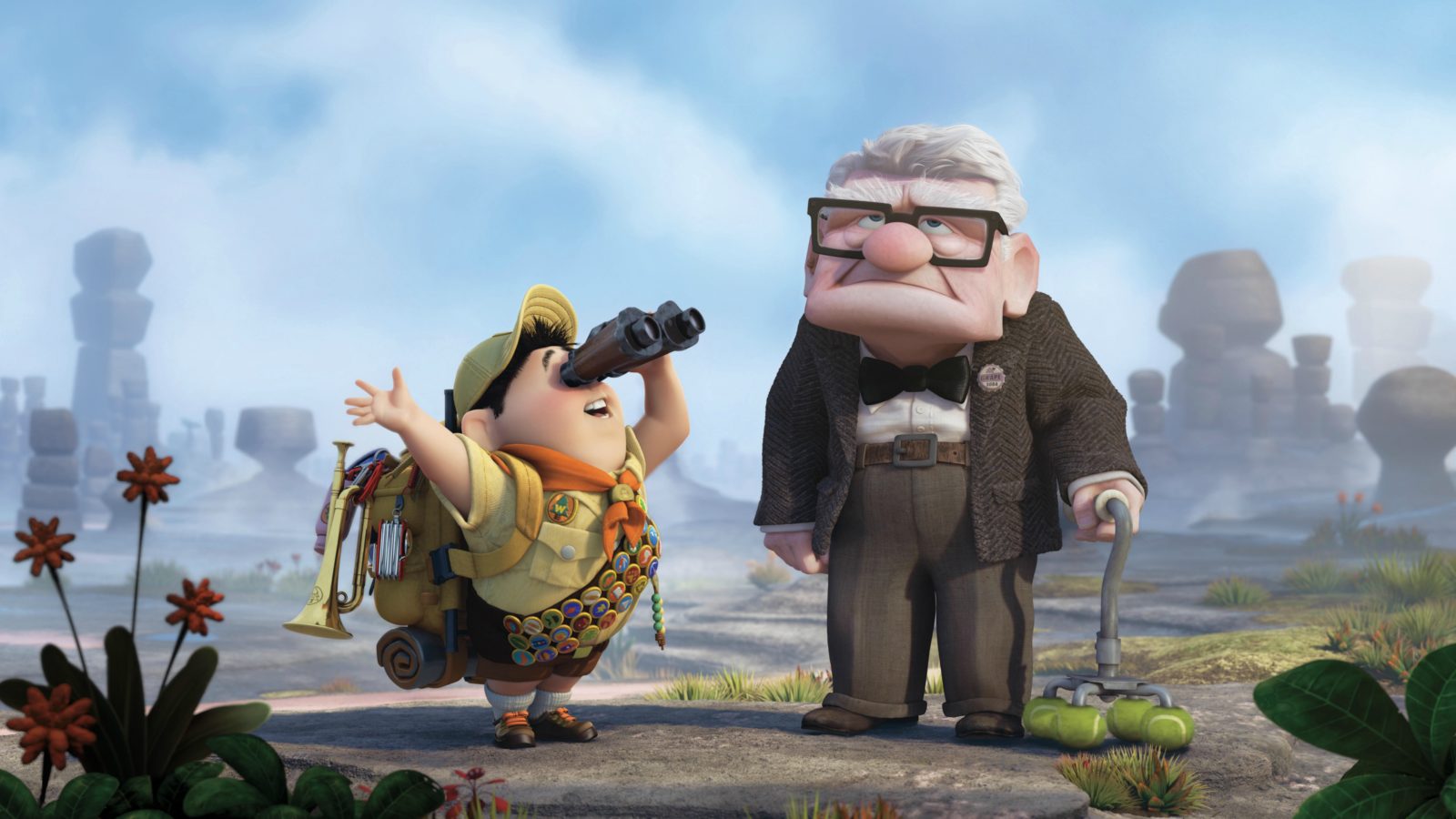 Pixar hit the jackpot with this 2009 Oscar winner. At a time when mainstream Hollywood seems incapable of telling an emotional story without succumbing to sentimentality, the computer animation nerds manage to invest their pixels with schmaltz-free warmth and more human complexity than many an overpaid star can achieve. The early wordless sequence condensing Carl Fredrickson’s marriage to childhood sweetheart Ellie into a few short minutes is one of the most subtle and moving pieces of animation the studio has ever produced. There are those who will say that the comedy slapstick adventuring of the film’s second half never matches this creative height, but they’re missing the point. These guys understand storytelling and know that by laying the groundwork so skilfully we’ll really care about the elderly grump when the knockabout stuff kicks in.

As children, Carl and Ellie had been inspired by newsreels of great adventurer Charles Muntz (Christopher Plummer), whose exploration of the jungles of Venezuela in a giant airship came to an abrupt end when he was accused of faking his findings. After Ellie’s death, reclusive 78-year-old Carl (brilliantly voiced by Ed Asner) decides to live the dream they’d somehow never got around to fulfilling and follow in Muntz’s footsteps by attaching thousands of balloons to his house and flying south. What he doesn’t bargain for is an over-eager, moon-faced Wilderness Explorer Scout named Russell (Jordan Nagai) coming along for the ride.

The film’s painterly style – in contrast to the more photo-realistic approach of Ratatouille – and Carl’s exotic mode of transport recall Miyazaki’s Howl’s Moving Castle, but the perfect comic timing and funny dialogue are all Pixar’s. Directors Pete Docter and Bob Peterson also point the way to a more thoughtful, intelligent use of 3D, moving beyond the gimmicky “Let’s chuck shit at the audience!” approach of the technology’s pioneers to use it as another creative tool. Best of all, everything is in service of the story, which suffers from just a smidgen of tedious Disney-esque Absent Dad Trauma as it mutates into an enormously satisfying Indiana Jones-esque adventure complete with a fabulous giant bird and a profound insight into canine psychology. “I have just met you and I love you!” asserts Dug the scene-stealing talking dog, who’s eager to find a new master but is a few biscuits short of the full box of Bonios.

It’s back on screen in the Anglican Chapel at Arnos Vale Cemetery. Go here for tickets and further information