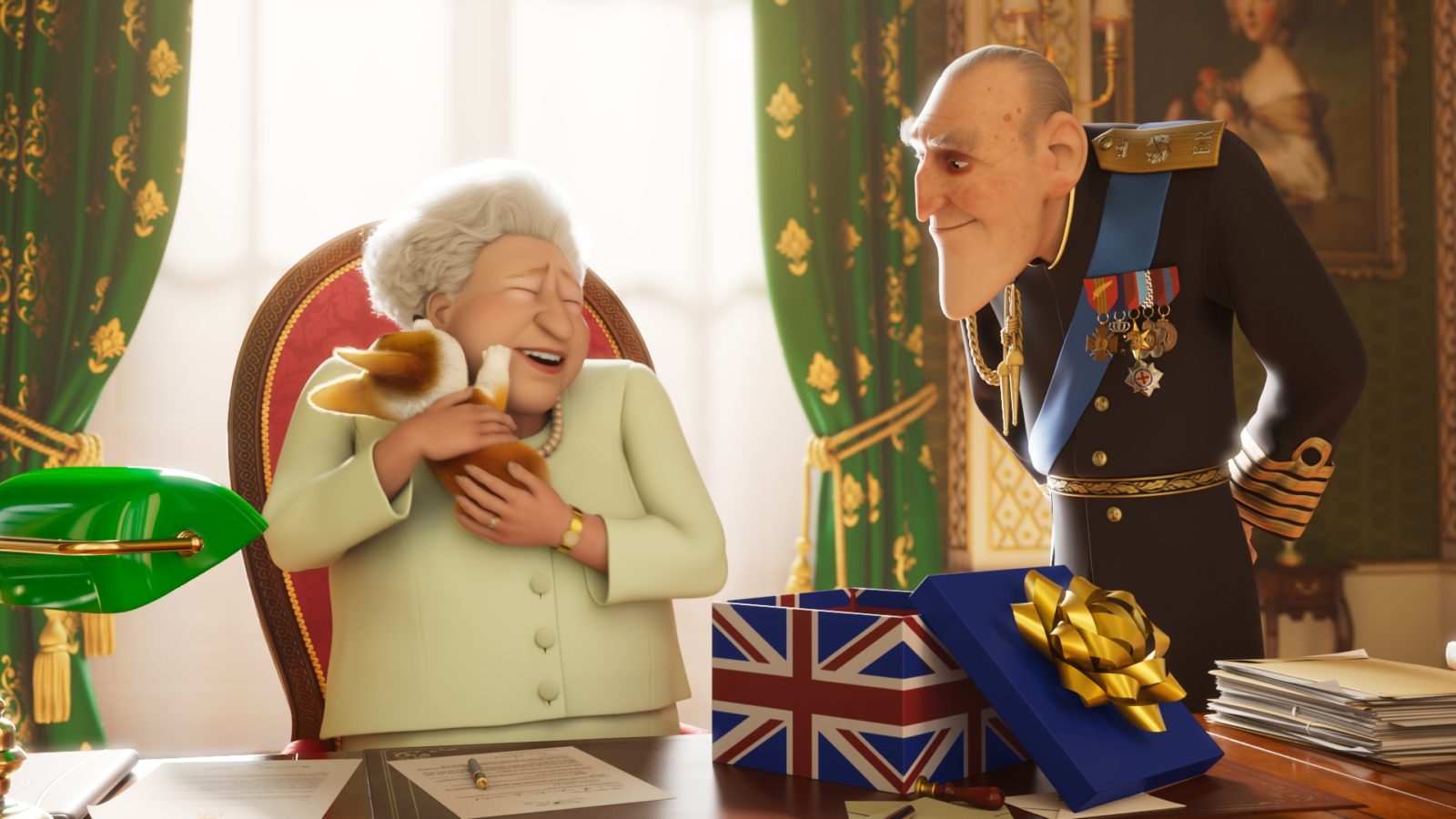 A Belgian animation from the director of Robinson Crusoe and The Son of Bigfoot, with Julie Walters as the voice of Her Maj and John Culshaw as Donald Trump.