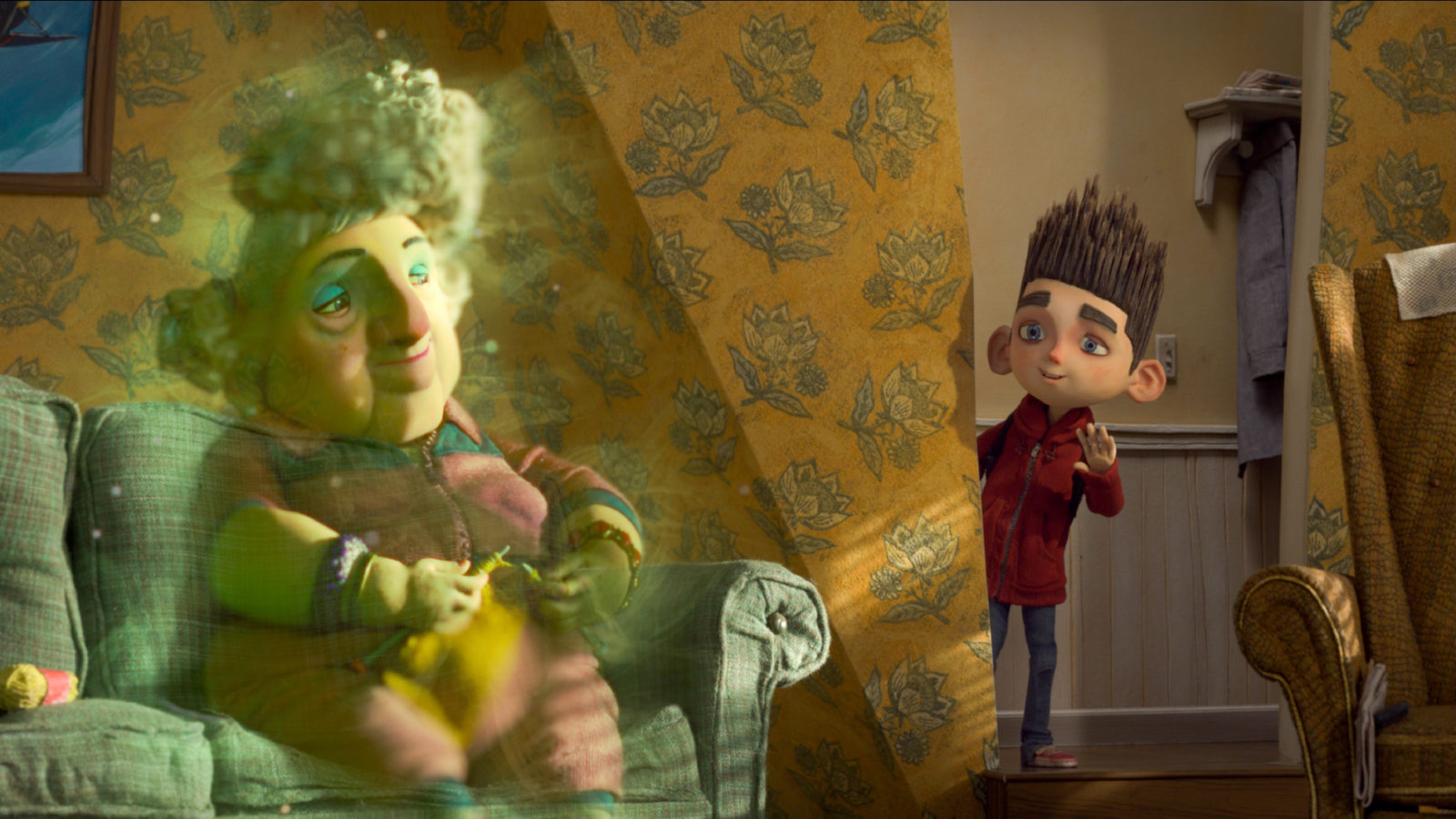 Sam Fell had the misfortune to co-direct Aardman’s first foray into computer animation, the mediocre Flushed Away. This laboured in the shadow of Pixar’s superior, similarly themed Ratatouille and precipitated the great Bristol animation studio’s divorce from DreamWorks. Six years later in 2012, Fell enjoyed a dramatic reversal of fortunes. Teaming up with Laika, the stop-motion studio behind the striking Coraline, he produced one of the year’s most enjoyable animations. Not only is ParaNorman much more fun than its multiplex rival, Pixar’s cookie-cutter Brave, but it also got in ahead of the Autumn 2012 wave of spooky animated fare such as Hotel Transylvania and Frankenweenie.

Norman Babcock (Kodi Smit-McPhee) is a weird little vertical-haired kid who enjoys watching grisly horror movies with his granny (Elaine Stritch). Trouble is, gran’s deceased. Yep – Norman’s got that ‘Sixth Sense’ thing going on. This makes him something of an outcast in Blithe Hollow, whose denizens cash in on their town’s gruesome witch-hunting history. But Norman’s unlikely talent is about to prove vital in overcoming zombies unleashed by a 300-year-old curse.

Salem-esque Blithe Hollow looks absolutely magnificent, even if the story is fairly straightforward. That said, ParaNorman walks several tightropes successfully. Adult gorehounds will enjoy all the loving references to classic horror movies, but these are never too smug or permitted to interfere with the kid-friendly storytelling. Despite serving up the obligatory big cheesy moral, the film is also surprisingly subversive for a Hollywood product, making fun of many of America’s defining characteristics. You know: stupidity, religious fundamentalism, hatred of non-conformity, vengeance-crazed angry mobs, and so on. There’s even an amusing twist on the standard-issue macho jock figure (Casey Afleck).

Norman’s knockabout relationship with dim fatso Neil (Tucker Albrizzi), who comes up with a Darwinian explanation for bullying (“It’s survival of the thickest!”), is curiously reminiscent of that between Greg and Rowley in the Diary of a Wimpy Kid films by Fell’s Flushed Away co-director David Bowers. Children and lowbrow humour enthusiasts alike will also enjoy the bisected dead dog that can sniff its own bottom.