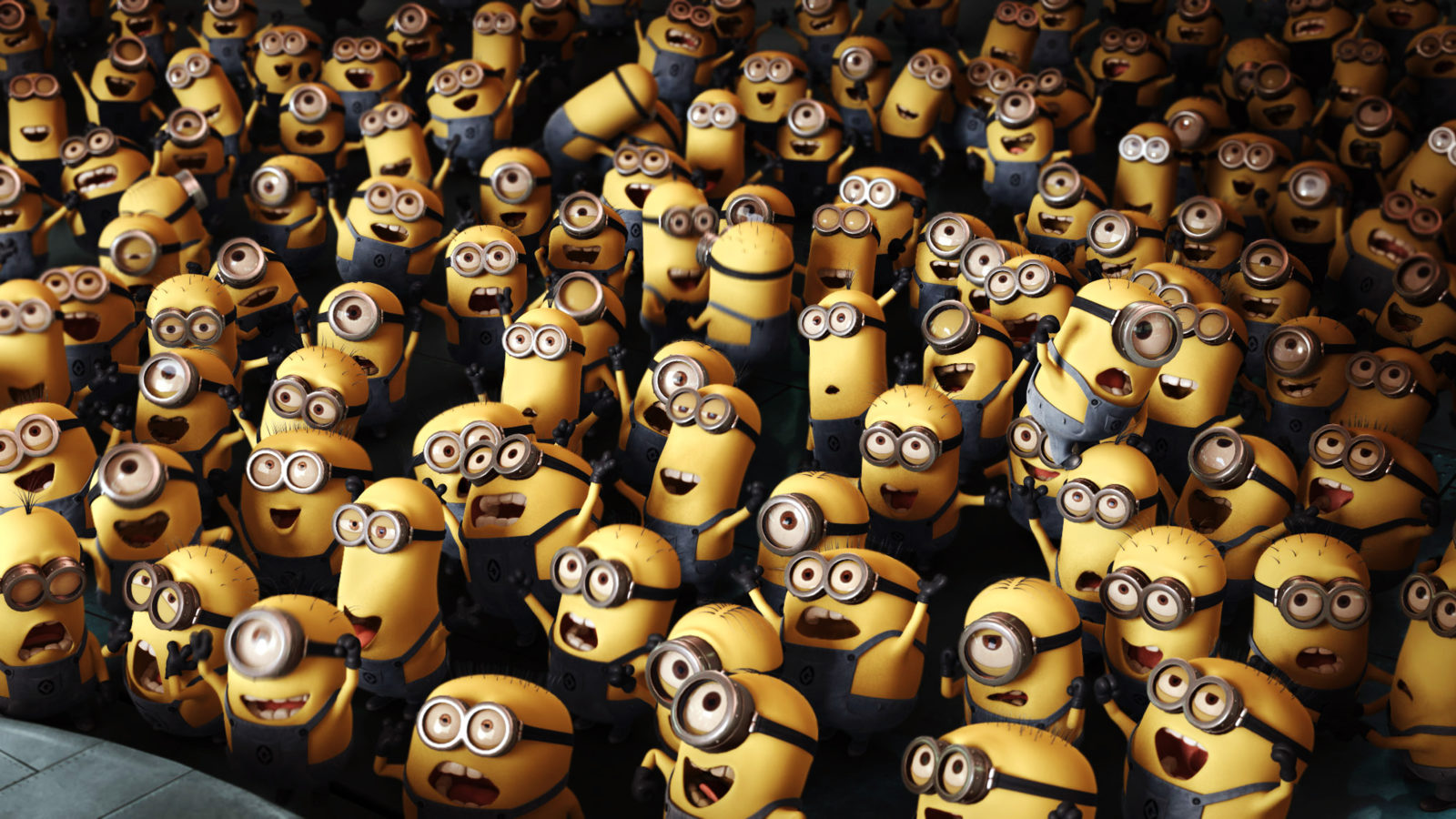 An underwhelming and only intermittently funny kids’ yarn that marked Universal’s first foray into 3D animation back in 2010 and launched a successful franchise, Despicable Me promises much but eventually delivers little more than yet another sickening and predictable family values parable. It starts off well enough with a family of obese Americans – presumably the target audience – among a party of tourists visiting the Great Pyramid of Giza, which turns out to have been stolen and replaced with an inflatable model. For once, the culprit was not old-school U-rated evil megalomaniac Gru (Steve Carell). In fact, he’s slipping down the super-villain league table as younger and hungrier rivals steal his thunder; rivals like the nerdy, irritating Vector (Jason Segel), who pulled off the pyramid stunt. So Gru visits the Bank of Evil (‘Formerly Lehman Brothers’ a discreet sign informs us), which is accessed through a hidden entrance in an ordinary high-street bank, to seek funding for his most audacious heist yet: the Moon.

Promising stuff, huh? Those Universal folks have obviously been keeping a close eye on market leaders Pixar (notably The Incredibles). Enter a trio of ickily cute little orphan girls selling cookies door to door and the horrendous prospect of what is to follow is laid bare, augmented by flashbacks to Gru’s own childhood to illustrate his Mother Issues. Could it be that the monstrous, child-hating villain’s dark heart will melt as he learns a big gooey family values lesson from the moppet trio, who in turn find the father they’ve always craved? ‘Fraid so. For the purposes of the rather scanty plot, it becomes necessary for him to adopt the children in order to purloin Vector’s shrinking raygun so the moon can be reduced to a more manageable size. The ease with which this is achieved should give great comfort to all sinister single men who have ulterior motives for getting close to children.

Carell voices his baldy, pointy-nosed, spindly-legged and insufficiently despicable Gru with a comic Lugosi-esque accent, but Russell Brand fails to make much of an impression as his inventor sidekick Dr. Nefario. Before waves of sentimentality overwhelm the story, under-used Julie Andrews almost steals it as the villain’s nasty mum. Equally sidelined are his hordes of entertaining little yellow multi-purpose robot minions, who communicate in expressive squeaks (any similarity to the Toy Story aliens is, of course, purely coincidental). But they were to get their own back by proving more popular with nippers than the main characters, leading to their own spin-off franchise.