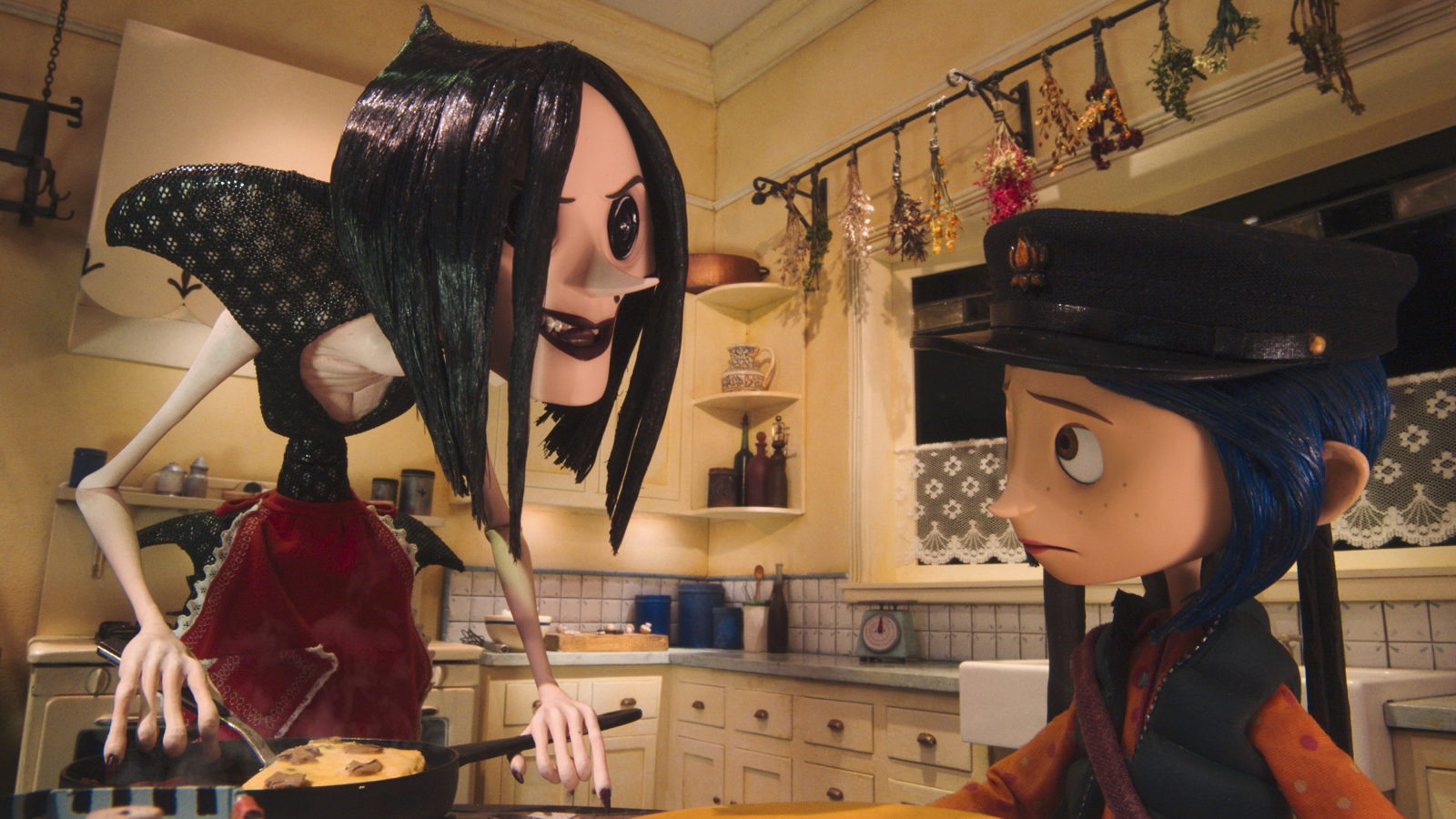 Back in 2009, Henry Selick’s adaptation of Neil Gaiman’s award-winning novella bagged a place in the record books as the longest stop-motion animation ever made and the first to be shot entirely in 3D. But it’s not just about technique. Few children’s films even begin to approach its tireless inventiveness, storytelling skill, visual beauty and unfashionable refusal to treat its audience like illiterate morons (dig those overt references to Shakespeare and Keats). Not that Coraline should be wasted entirely on children. Indeed, parents should note that more sensitive squits may be scared by a storyline that combines the parallel worlds concept of Selick’s The Nightmare Before Christmas with the monstrous/untrustworthy adults of his Roald Dahl adaptation James and the Giant Peach and the creepiness and cruelty of the best unadulterated fairytales. Well-balanced, self-respecting bloodthirsty nippers, on the other hand, should relish a story that hinges on children having their souls stolen and eyes poked out with needles.

Blue-haired, inquisitive 11-year-old Coraline Jones (Dakota Fanning) moves with her neglectful, workaholic parents (Teri Hatcher, John Hodgman) to the grey Pink Palace Apartments in Oregon, where she quickly gets bored and starts exploring. She encounters the landlady’s grandson Wybie, a pair of eccentric old burlesque performers (well-cast Dawn French and Jennifer Saunders) and their collection of living and deceased Scottie dogs, blue-skinned Russian gymnast Mister Bobinsky (Ian McShane), and a scrawny black moggie (Keith David) who seems to have emerged from the same litter as the Cheshire Cat. Then Coraline finds a doorway into an altogether more colourful alternate world filled with doppelgangers of everyone except the now loquacious cat, who can pass freely between dimensions. Other Mother and Other Father are much more fun than their real-world counterparts and encourage Coraline to stay. But to do so she will have to become like them, with buttons for eyes.

Although this is thematically complex and visually rich with plenty of detail you’re bound to overlook the first time, and boasts some fabulous set pieces (the dog theatre, the jumping mouse circus), it’s neither as loud nor as frenetic as most modern children’s films, benefiting from a sympathetic score by veteran French composer Bruno Coulais. Borrow some rug rats if necessary to see this irresistible delight.