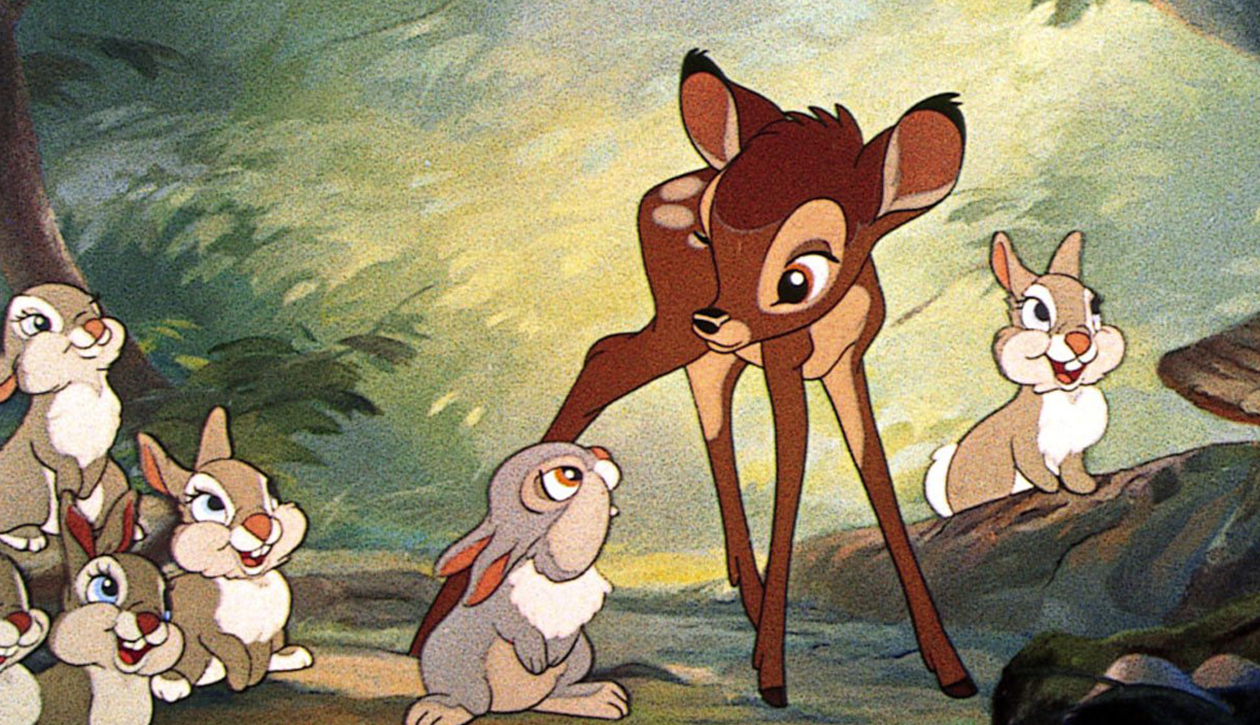 Little fawn Bambi romps around the forest with his chums Flower (a skunk) and Thumper (a rabbit, obviously) until evil, shadowy Man pops up and slaughters his mum, giving generations of kids nightmares.

Alhough it boasts its fair share of cuteness, Disney’s 1942 classic is atypical for the way it refuses to sanitise such issues as the loss of childhood innocence and death of a parent, and was well ahead of its time in its pro-conservation, anti-hunting message. Uncle Walt’s personal favourite of all his films, it received mixed reviews, was a box office flop on first release and, pleasingly, enraged the hunting lobby (“… the worst insult ever offered in any form to American sportsmen,” blustered one red-faced wildlife slaughterer in print). Subsequently, however, Bambi has been rightly acclaimed as a masterpiece. The American Film Institute ranks it as the third greatest animation of all time, ahead of Toy Story, The Lion King and Shrek.