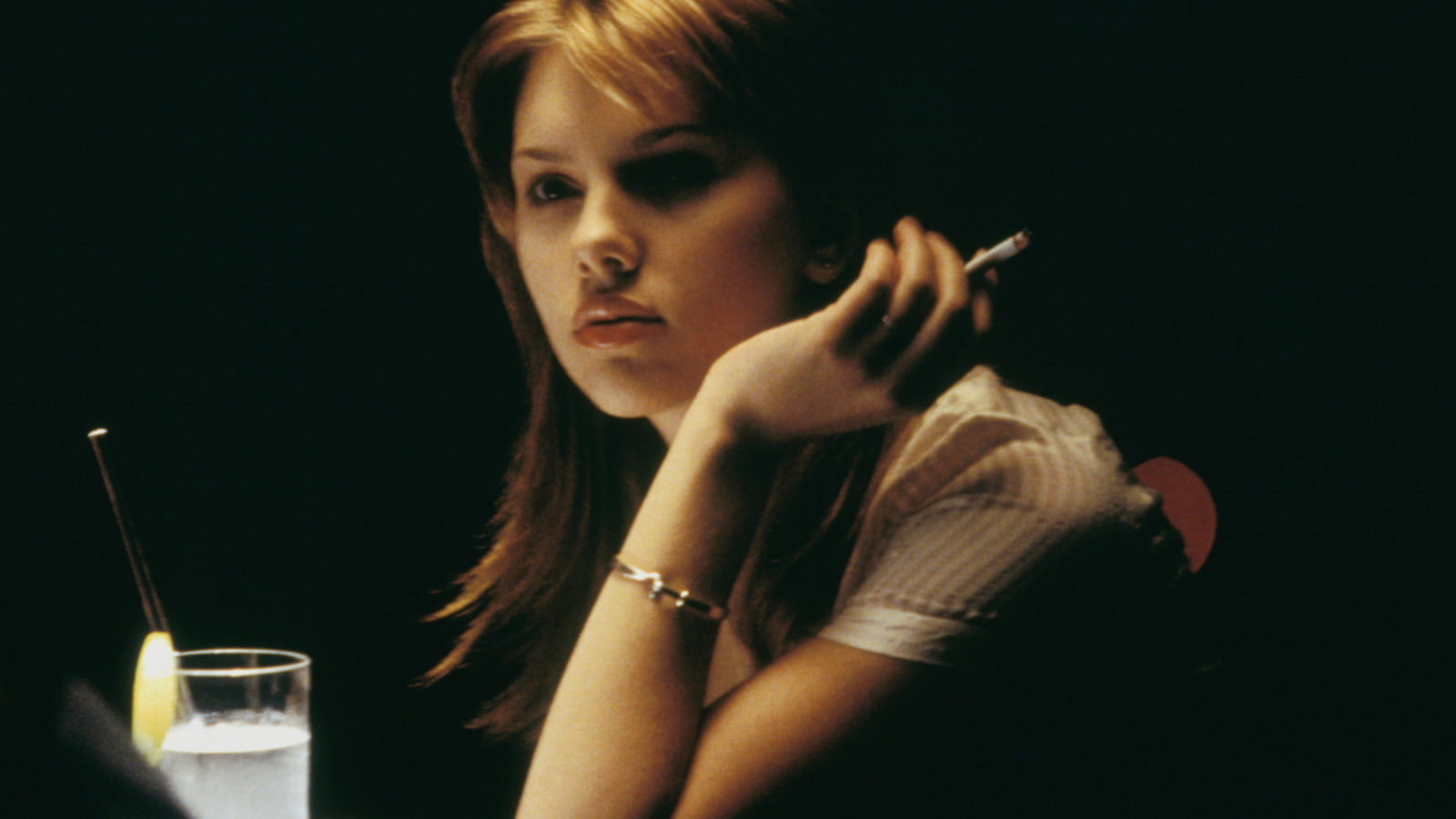 The shapely bum in question belongs to 19-year-old Scarlett Johansson. She plays Charlotte, the unsatisfied and neglected spouse of a self-absorbed photographer (Giovanni Ribisi), who’s stuck in Tokyo’s Park Hyatt hotel listening to self-actualisation CDs. Also staying at the Hyatt is ageing movie star Bob Harris (Bill Murray), who’s in Japan to film a lucrative whisky commercial and is undergoing some kind of a mid-life crisis. So the stage is set for one of those queasy May/September, only-in-the-movies romances in which a crumpled old-timer gets to bed the latest hot young strumpet.

That this doesn’t happen comes as a huge relief. In fact, nothing much does happen in Lost in Translation. Instead, Coppola choreographs an understated and perceptive meeting of minds in this plushly sterile limbo, the intimacy of the odd couple’s relationship heightened by its transience. If the film has a fault, it is that the broad comedy moments of cultural dislocation (Bob’s shouty director, his bemused appearance on a terrible chatshow, etc) sit a little uncomfortably with the otherwise bittersweet tone. But it’s the performances that you’ll remember. Oscar-nominated Murray has never been better as the sad-eyed, sardonic and self-loathing star, while Johansson builds on the promise she displayed in Ghost World to prove every bit his equal as the victim of an early-life crisis. Clever, subtle touches abound, with Bob singing Roxy Music’s More Than This to Charlotte in a karaoke bar ranking as the most moving screen moment of 2003.