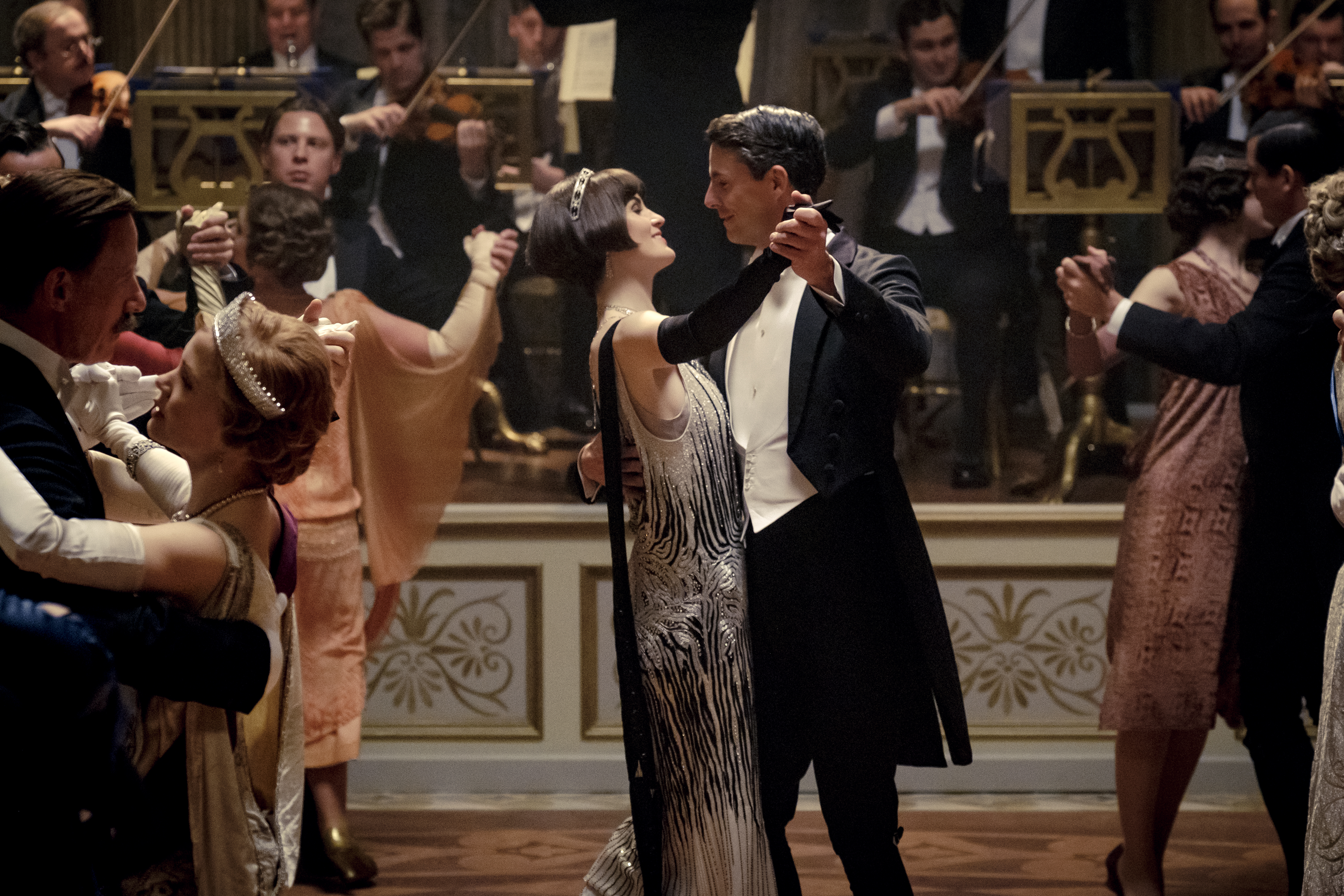 “I’m going upstairs to take orrf my hat.” This was the line that persuaded one reviewer that life was very definitely too short to sit through all six series of Julian Fellowes‘ period aristo brown-nosing. But enough people did indulge their peculiar country house toff worship to make Downton Abbey a staple of undemanding Sunday night telly for five long years. So here’s the inevitable movie spin-off, reuniting most of the original snooty gang (plus Imelda Staunton and our very own Tuppence Middleton) and their attendant forelock-tuggers.

While the final series of the TV series hinted at – horror! – the decline of the landed gentry, the film retreats from all that back into the dressing-up box with a bit of sneaky crossover into The Crown territory. How come? Well, we’re two years on and, for reasons best known to themselves, King George V (Simon Jones – y’know, Arthur Dent from The Hitchhiker’s Guide to the Galaxy) and Queen Mary (Geraldine James) are paying a visit to Downton. Time to polish the silverware and buy a new hat…