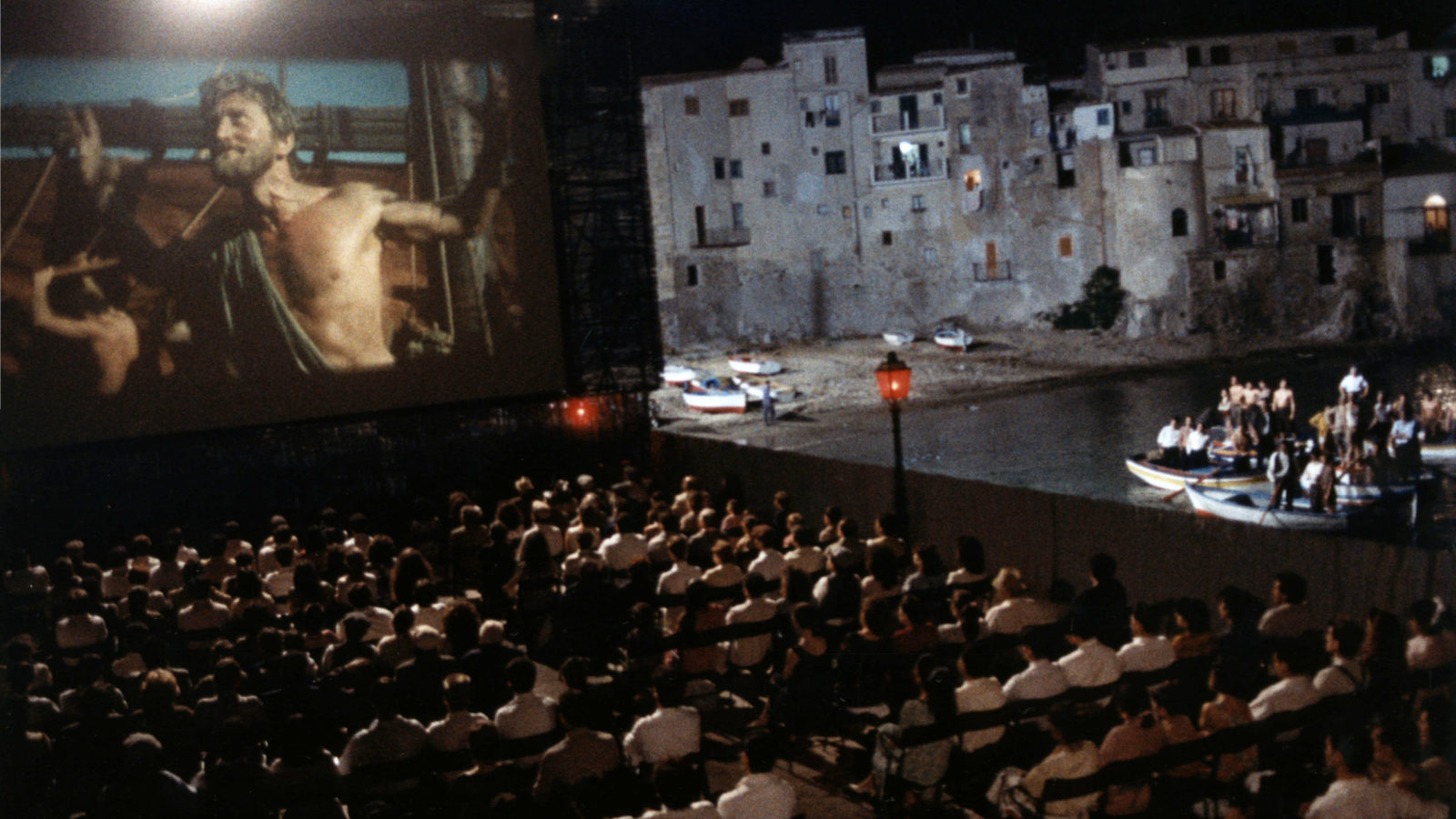 Shot back in 1988 but not released in the UK until two years later, Giuseppe Tornatore‘s Oscar-winner (Best Foreign Language Feature) offers a trip down memory lane to the golden age of cinema with a suitcase full of sentiment and a schmaltzy Ennio Morricone score announcing the arrival of each Poignant Bit.

Forty-something filmmaker Salvatore Di Vita gets a phone call in the middle of the night telling him that “Alfredo is dead”. An ensuing two-hour flashback then explains why this news should cause him such grief. Young Salvatore (Salvatore Cascio), nicknamed Toto, is a cute but mischievous kid who’s obsessed with the focus to Sicilian village life: the cinema.

Befriended by projectionist Alfredo (Philippe Noiret), he collects all the dirty bits (i.e. kissing scenes) that have been cut from movies by the local Padre, who enjoys the role of censor. One day, the cinema catches fire, Toto saves Alfredo’s life but not his sight, and the pair grow closer over the ensuing years, with the teenage Toto (Marco Leonardi) taking over in the projection box. But after an abortive love affair, he takes off for a new life in Rome – which is where we came in 120 minutes ago.