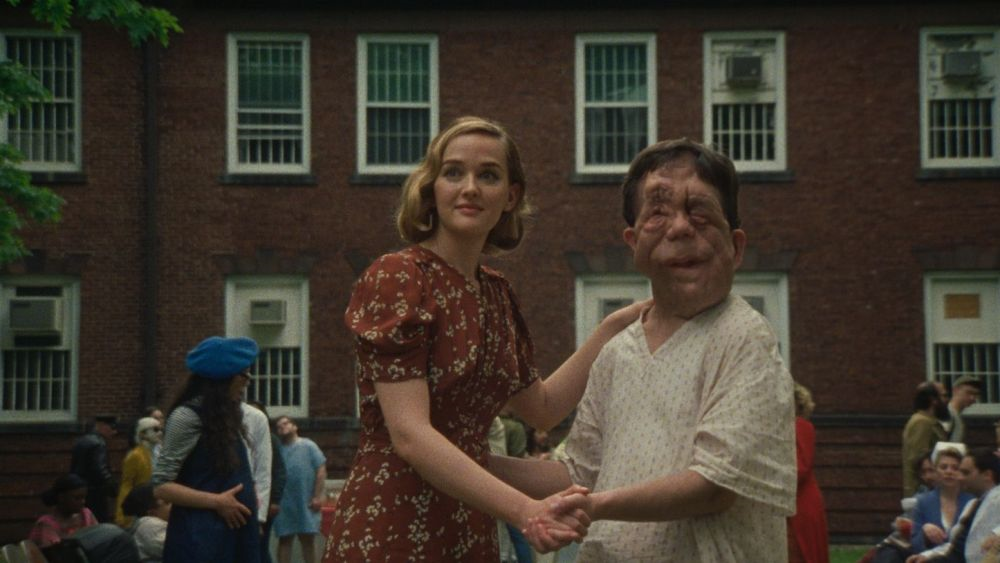 Packed with movie references from the title onwards, Aaron Schimberg‘s blackly comic satire on cinema’s representation of disability follows a heavily accented European auteur (Charlie Korsmo) – part-Fassbinder, part-Herzog – as he embarks on his English-language debut, which appears to be some kind of expressionist arthouse horror flick about a mad doctor and his deformed patients.

But there’s nervousness on set as cast and crew, including the film’s beautiful star Mabel (Jess Weixler), await the arrival of a bunch of extras with genuine disabilities. Among them is Rosenthal (Adam Pearson, whom you’ll recognise from Under the Skin)…

Adam Pearson will be present for a Q&A after the Watershed’s 3pm screening on Saturday 26 October.