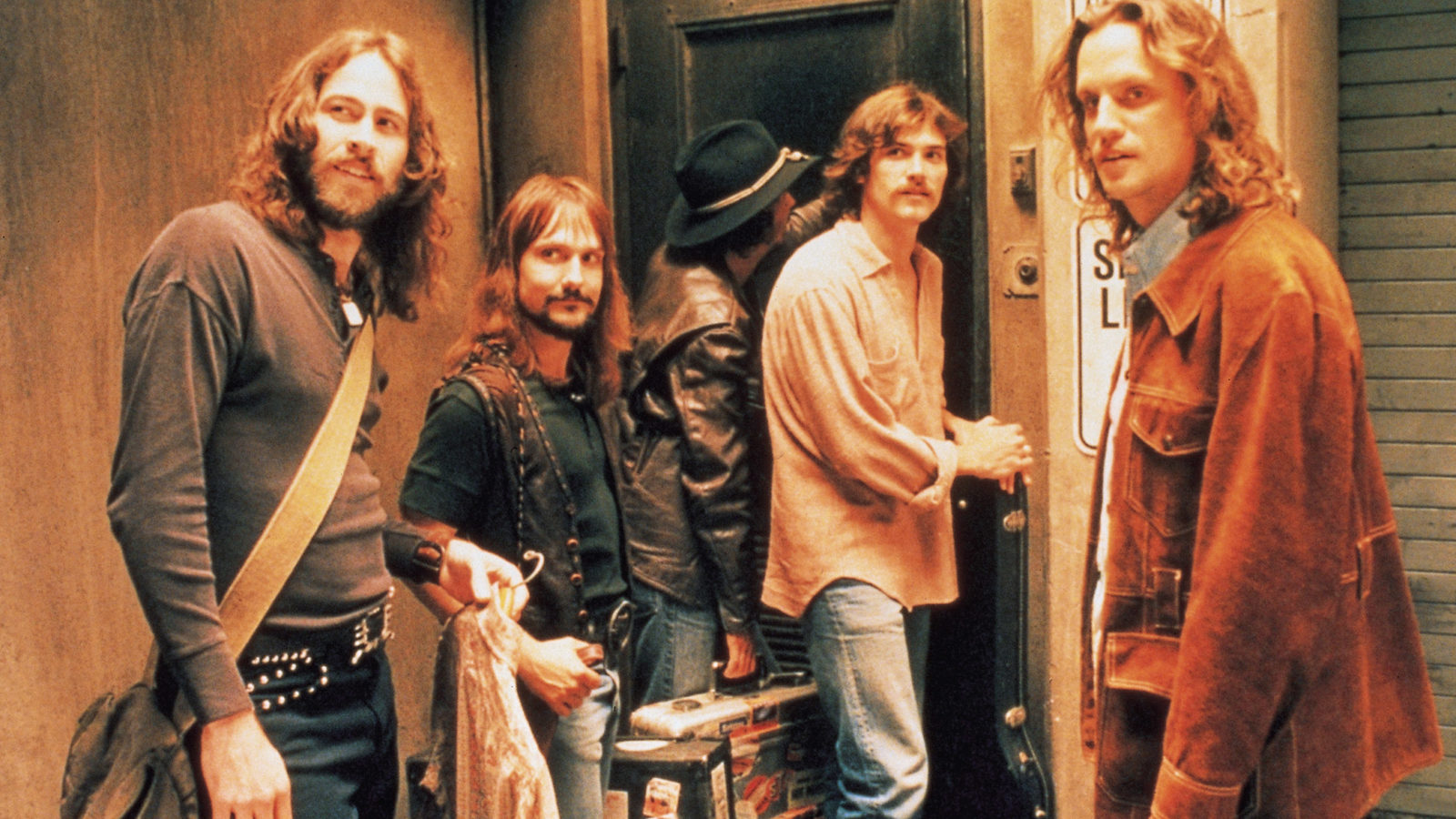 While it would be a little glib to describe Cameron Crowe’s semi-autobiographical labour of love as a High Fidelity for those of us who prefer Neil Young, Lynyrd Skynyrd and Led Zeppelin to indie droning, Almost Famous shares with Stephen Frears’ film that rare quality of communicating a genuine love of popular music while being shrewd enough to appeal to an audience who have no emotional investment in it.

Dough-faced Patrick Fugit is perfectly cast as William Miller (the teenage Crowe in all but name) whose college lecturer mom (Frances McDormand) is so over-protective and fearful of rock music that she’s convinced even Simon and Garfunkel are drug fiends. When William’s sister can stand the stifling atmosphere no longer, she flees to become a stewardess, bequeathing 15-year-old William her ace record collection (Hendrix! Cream! The Who!) and a cryptic note: “Listen to Tommy with a candle burning and you will see your whole life before you.” It’s not long before he’s bashing out reviews for the college paper and badgering that curmudgeonly icon of rock journalism Lester Bangs (Philip Seymour Hoffman – excellent, as usual, behind a ‘70s moustache) for work. Bangs informs him – wrongly – that rock is dead, advises him – shrewdly – never to make friends with bands, and gives him his first commission: 1,000 words on Black Sabbath for $35. But he soon falls in with Sabbath’s support act: hairy, fictional road warriors Stillwater (the Allmans meet Bad Company, with a hint of Zeppelin), whose lengthy 1973 tour is about to pay off in an elevation to the big league. Initially dismissing him as “the enemy”, the band’s charismatic guitarist and main songwriter Russell Hammond (Billy Crudup, as outstanding here as he was in Jesus’ Son) soon befriends the earnest young hack, as does outwardly confident but fragile ‘band-aid’ Penny Lane (Kate Hudson) and her groupie chums (Anna Paquin, Fairuza Balk).

Almost Famous is no self-serving memoir, depicting as it does the young Miller as gawky, confused and virginal. Nor, possibly to the disappointment of Hammer of the Gods enthusiasts, does it concentrate overmuch on excesses of sex and drugs. Instead, Crowe’s trademark warm-hearted approach offers an irresistible personal riff on the loss of innocence theme, grounded in a lovingly reconstructed era when rock was on the cusp of becoming a business rather than a vocation. Equally refreshing is the absence of cynicism. Sure there are Spinal Tap moments, including a magnificent aircraft turbulence scene in which all manner of unwise confessions are made as death seems imminent, but the band dynamics that are usually played for laughs are more fruitfully dissected here thanks to Crowe’s keen insider’s eye. The whole thing is so brilliantly played that it’s unfair to single out individual performances, but just watch the scene where luminous Kate Hudson learns she’s been sold to Humble Pie for $50 and a case of beer (these things happened, apparently) to understand why she received so much praise. Richly funny, intelligent and truthful, Almost Famous is as unfashionable, poignant and wonderful as the great music it celebrates.