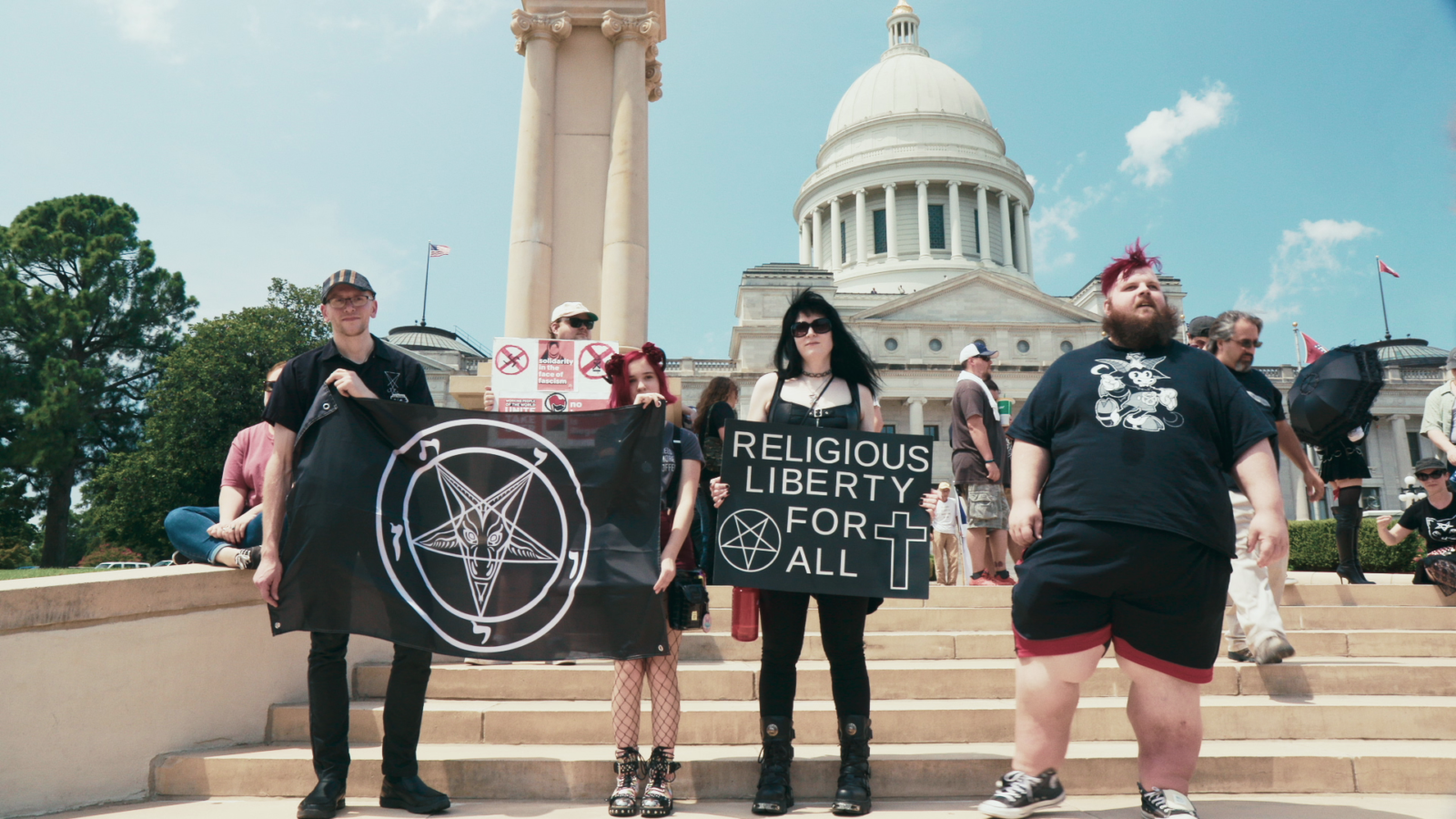 The likes of Diego Maradona and Apollo 11 have made 2019 a vintage year for big-screen documentary. Now Penny Lane‘s latest film promises to be a real treat for anyone who prefers reason to primitive superstition and diversity to bigotry.

It centres on the hilarious antics of the artist/activists of the prankstering, media-savvy US Satanic Temple, who make full use of their First Amendment right to religious freedom to score points for social and political justice. Lane follows as they hold a rib-ticklingly vulgar ‘Pink Mass’ to protest against the homophobes of the Westboro Baptist Church, open their international HQ in – where else? – Salem, and become embroiled in further controversy when a monument to the Ten Commandants is erected on public ground in Oklahoma. Since that First Amendment prohibits such blatant promotion of Christianity, the Temple demands that a statue of everybody’s favourite androgynous goat-headed deity Baphomet be put up alongside it…