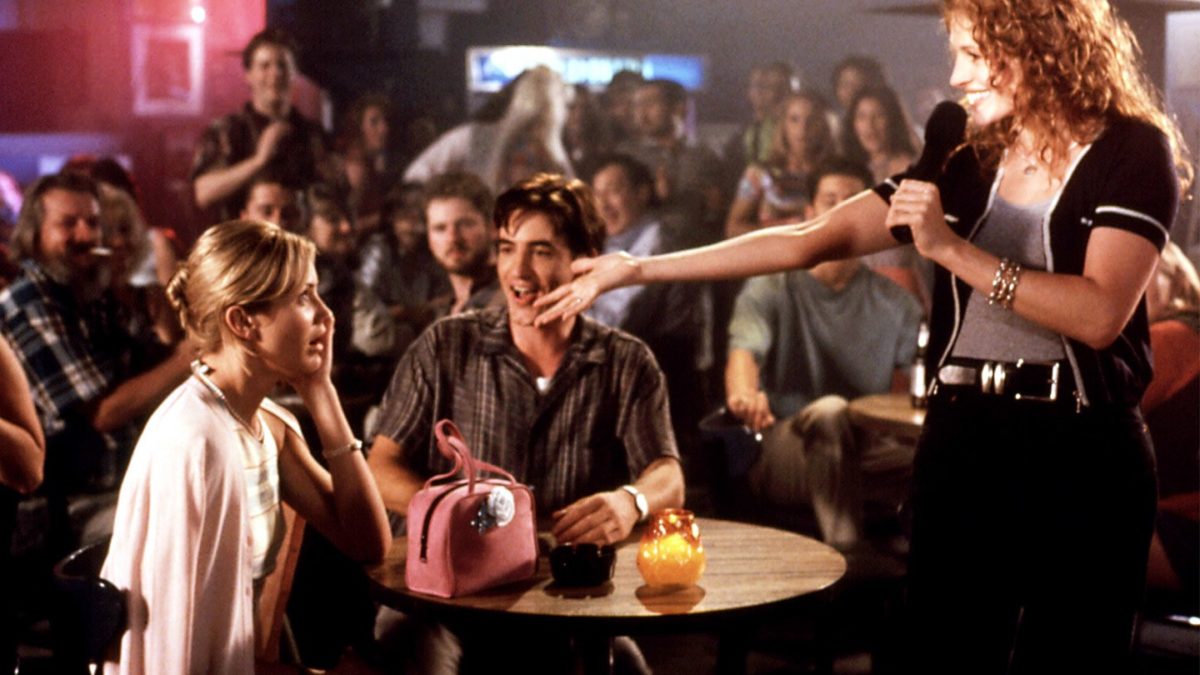 Back in 1997, P.J. (Muriel’s Wedding) Hogan’s romantic comedy became renowned as the film that re-established Rupert Everett’s career. The surprise is how little we see of him. This is, after all, a Julia Roberts picture, which also means that Hogan’s agreeably vulgar Antipodean bad taste has been relegated to incidental background details, a few dreadful camp tunes, and mild subversion of generic conventions.

Former college pals Roberts and Dermot Mulroney made a pact that if they were both still unwed by the age of 28 they’d marry each other. Just before the big day, he calls to say he’s fallen for exhaustingly perky Cameron Diaz. Normally, Roberts would get her man by  persuading him that they were meant to be together, but Ronald Bass’s reasonably daring script scores in loading the dice in Diaz’s favour and getting bitchy Roberts to recruit her gay chum Everett to play some mildly reprehensible tricks to split them up.

It’s back on screen in the Showcase’s Flashback season