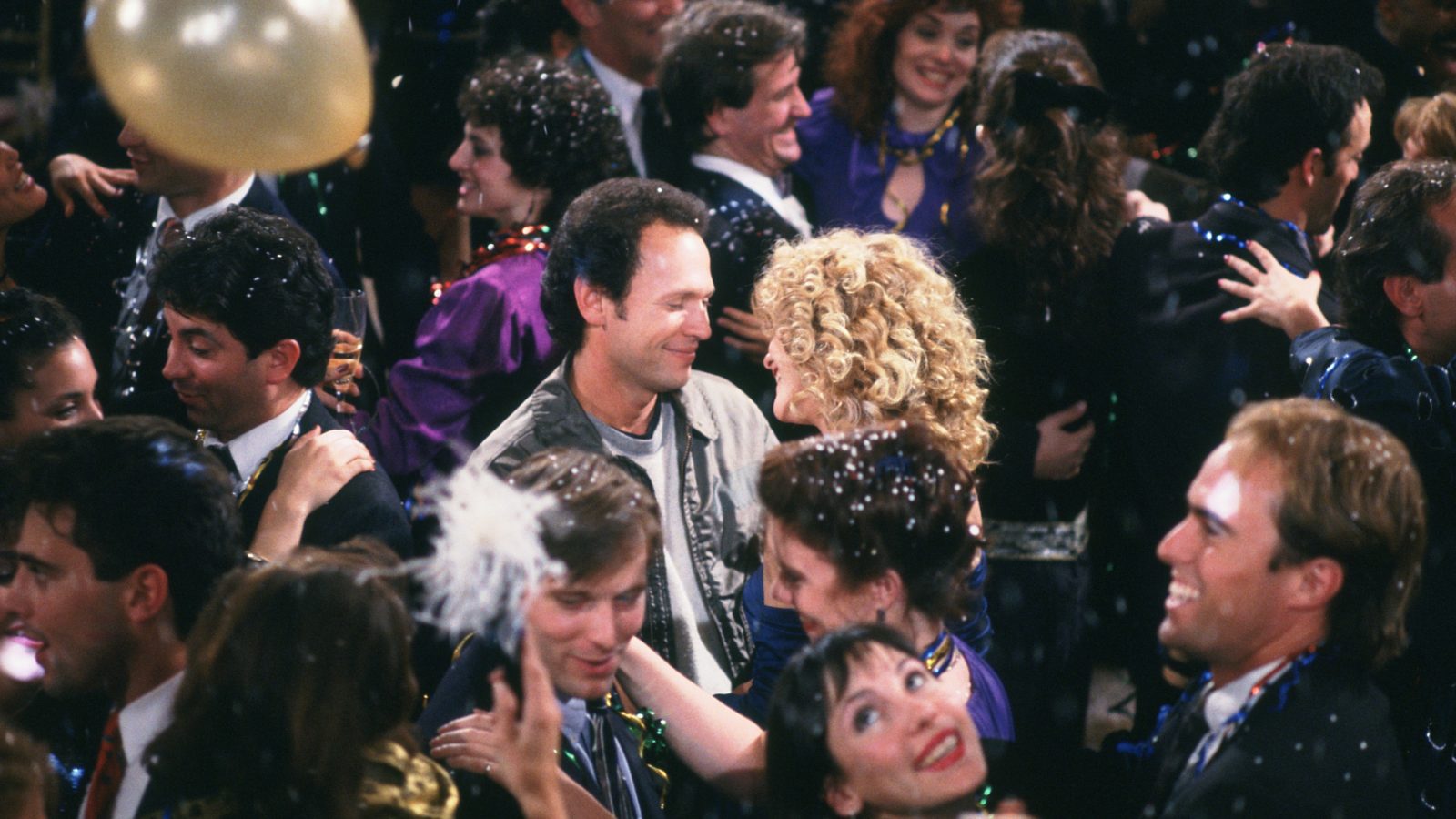 Harry (Billy Crystal) meets Sally (Meg Ryan) when, as students, they share a car for a long trek to New York. Sally takes an instant dislike to Harry when he posits the movie’s main contention: that women and men cannot be “just friends” without sex getting in the way. They part frostily, but continue to bump into each other at regular intervals over the next ten years, developing a resolutely platonic bond of friendship until  – you guessed it! – sex gets in the way.

There’s not a lot a writer can do with such a foregone conclusion, except to pack the script with perceptive dialogue and hope the cast is up to scratch. If anything, the characters played by ebullient Meg and the slightly less convincing Billy are so dreamily suited that any outcome other than sheer mutual bliss soon becomes inconceivable.

Nora Ephron certainly succeeds in the wit department, but most of the “action” – including the legendary faked orgasm scene – takes place over a seemingly endless series of dinners in New York restaurants, the impression being that this irredeemably compatible couple don’t do anything other than prevaricate and masticate. But despite a slightly sickly ending, Rob Reiner manages to tell this essentially simple, old-fashioned tale enthrallingly. As sophisticated middle-aged persons’ comedy goes, it’s the warmest New York story Woody Allen never made.