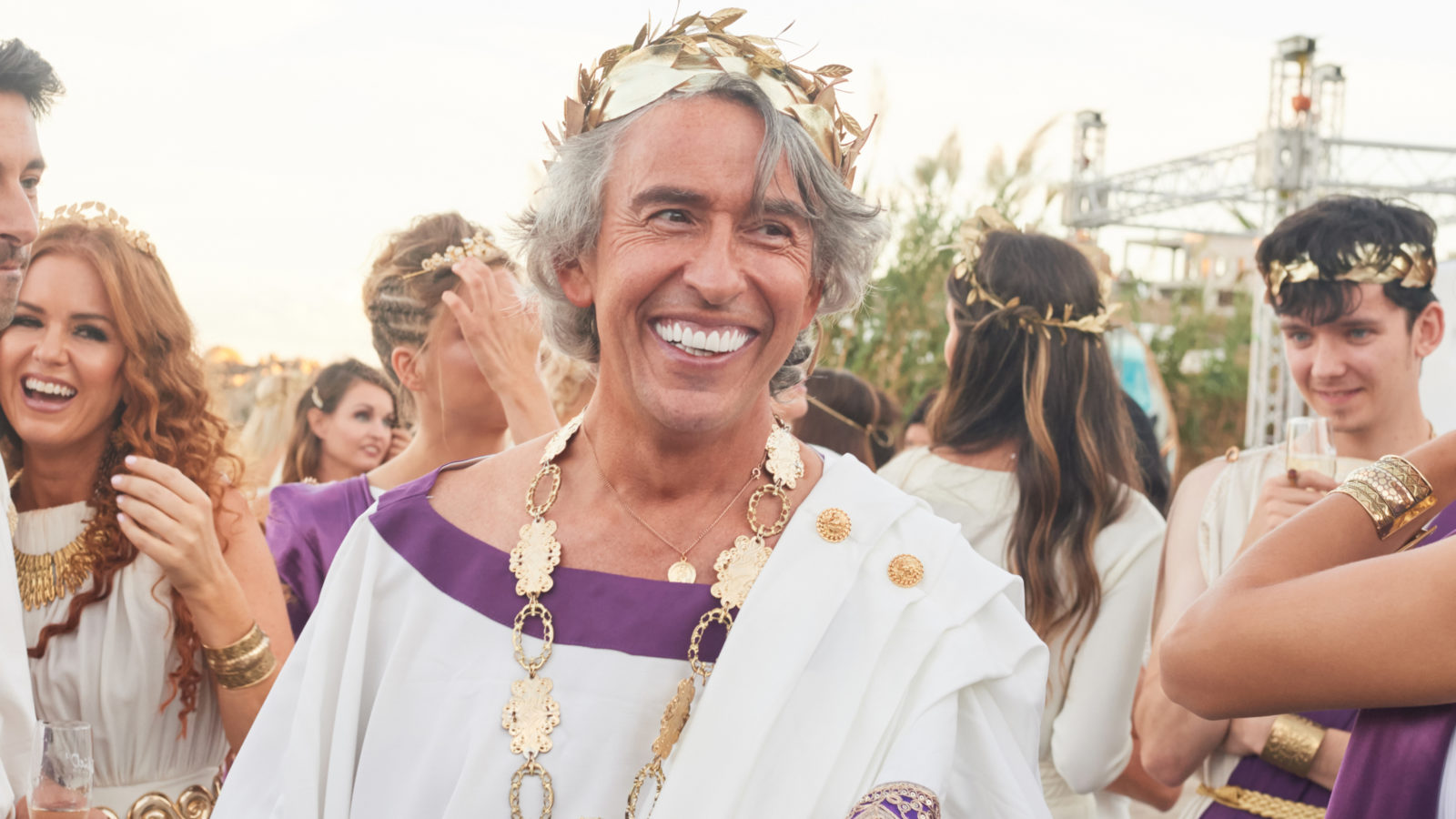 Prolific Michael Winterbottom directs a mockmentary satire with his old chum Steve Coogan as the decidedly Philip Green-esque vulgar high street fashion mogul Sir Richard ‘Greedy’ McCreadie. Greedy is gearing up for his extravagant, suitably bad taste Roman-themed 60th birthday party on Mykonos when a catastrophic performance in front of a parliamentary select committee causes his celeb ‘chums’ to start dropping out. Accompanying him is a wretched, self-loathing hack (David Mitchell), who’s been hired to write his hagiography.

The script was beefed up by Sean Gray, whose credits include The Thick of It and Veep. But alas the film has made headlines because of the stuff Winterbottom has been forced to chop out – notably the captions at the end detailing the exploitation of third world workers who make clothes for high street fashion chains, while the bosses earn millions. Apparently, distributor Sony didn’t want to damage its relationship with these brands.