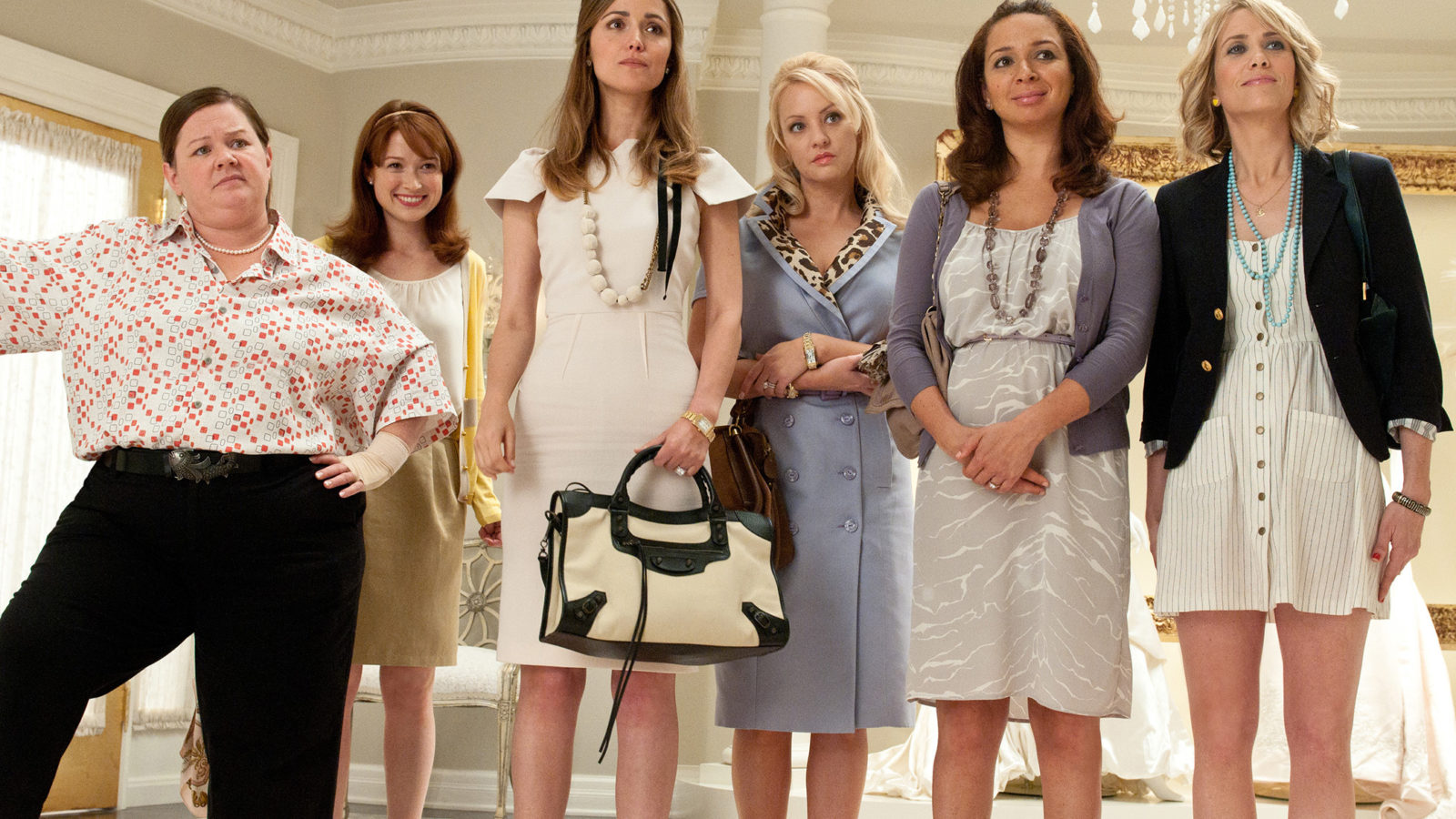 Ever watched a comedy – especially a romantic comedy – and yearned for more of the funny sidekicks than the inevitably bland and dull leading couple? Great news – Bridesmaids is that film! Previously seen as scene-stealing creationist Ruth Buggs in Paul, likeable, talented Kirsten Wiig was a movie bridesmaid for far too long. Now she finally got to be the bride. Figuratively speaking, that is. If you want to be glib about it, Bridesmaids is a raunchy comedy in the Hangover/Judd Apatow mould in which the mostly vile male characters are completely sidelined in favour of a strong female cast. Refreshingly, the boring groom doesn’t even get a subplot.

None of these males is more unpleasant than Ted (Jon Mad Men Hamm), who enjoys vigorous sex with thirtysomething Annie (Wiig) in the opening scene. She then sneaks out of bed to put on her make-up before he wakes. Turns out Annie has good reason to be insecure. Not only does she rank as the brute’s “number three fuckbuddy”, but her cake shop has gone bust in the recession and she’s reduced to sharing a flat with Matt Lucas while working in the jewellery store run by an AA member who’s mentored by her mum (the late Jill Clayburgh in her final screen role). As if things couldn’t get any worse, her childhood best friend Lillian (Maya Rudolph) announces that she’s about to get married. Naturally, impecunious Annie is appointed Maid of Honour and obliged to organise a series of peculiar rituals, being hindered at every turn by her new rival for Lillian’s platonic affections: rich and snooty Helen (Rose Byrne).

A rare exception to the rule that any film with the word ‘bride’ in the title is to be avoided like the plague, Bridesmaids gives Wiig plenty of opportunity to showcase her impressive comic chops while demonstrating that a chick flick can deliver a food poisoning scene every bit as graphic as the grossout genre. The tone is a tad variable and the last reel locks down into feelgood formula, but the film benefits from a strong supporting cast of bridesmaids, is consistently funny, and never makes the mistake of turning Annie into a object of pity. It should also be recorded that Ms. Wiig does a particularly excellent impression of a penis.