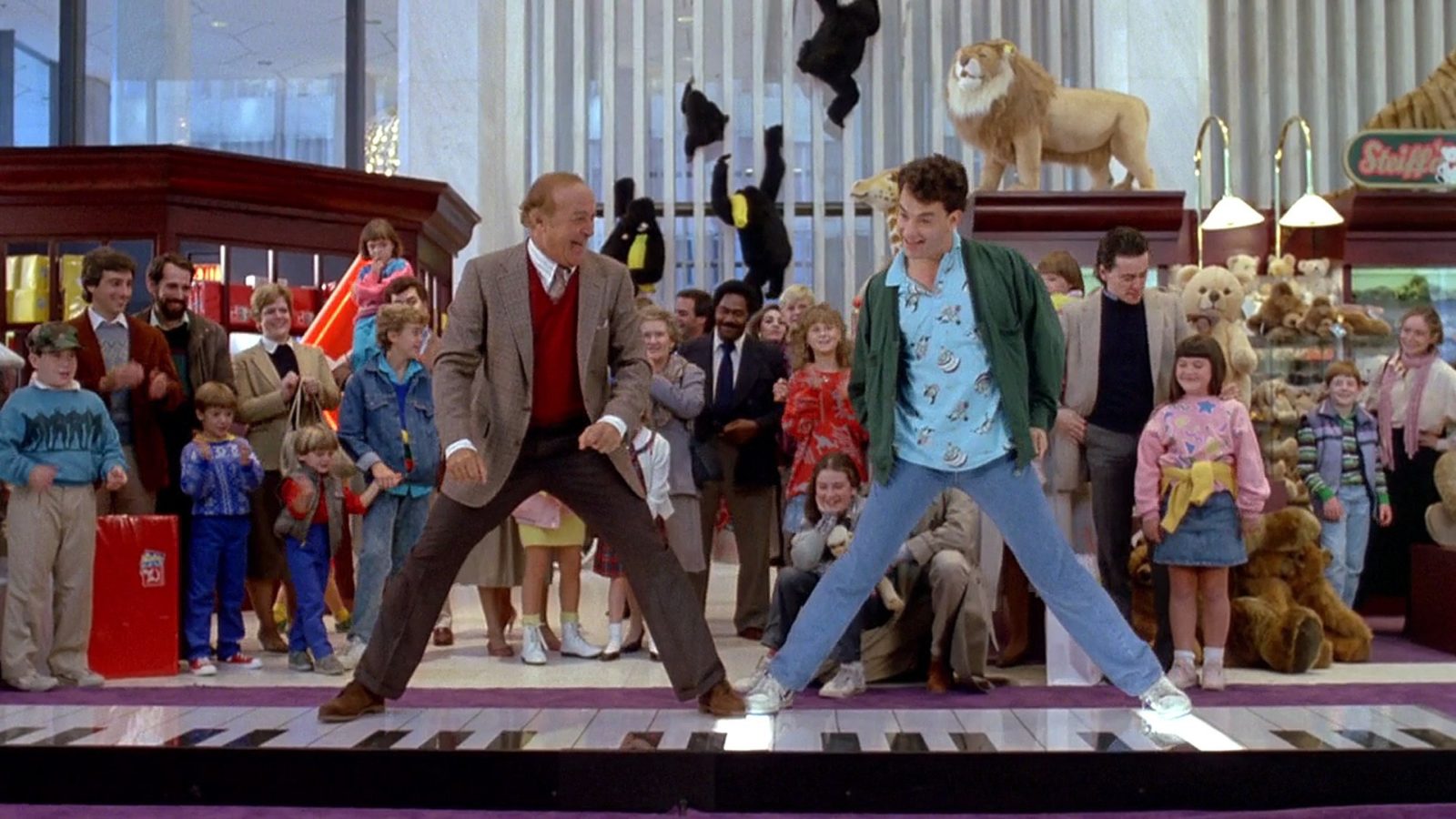 Twelve-year-old Josh Baskin wants to grow up quickly. He asks a big carnival wishing machine to make him ‘big’ and wakes up the following day to find himself transformed into 35-year-old Tom Hanks. So the fun begins. His mother chases him out, thinking he’s an intruder, he finds a seedy apartment and gets a job as a computer operator with a toy company.

For some bizarre reason, the late 1980s brought a slew of body swap comedies (Vice Versa, Like Father Like Son, etc). This was the best of them. It uses few special effects, relying instead on the comic and dramatic complications that result from the transformation. Aided by a clever script and Penny Marshall‘s unobtrusive direction, Hanks manages to create a character who’s both innocent and mature. Censorship note: weirdly, Big was rated PG when it came out, but this was raised to 12A for the 2014 reissue. There’s some mild ‘bad language’ and a couple of sex references, but the main modern offence seems to be that several characters are depicted smoking.