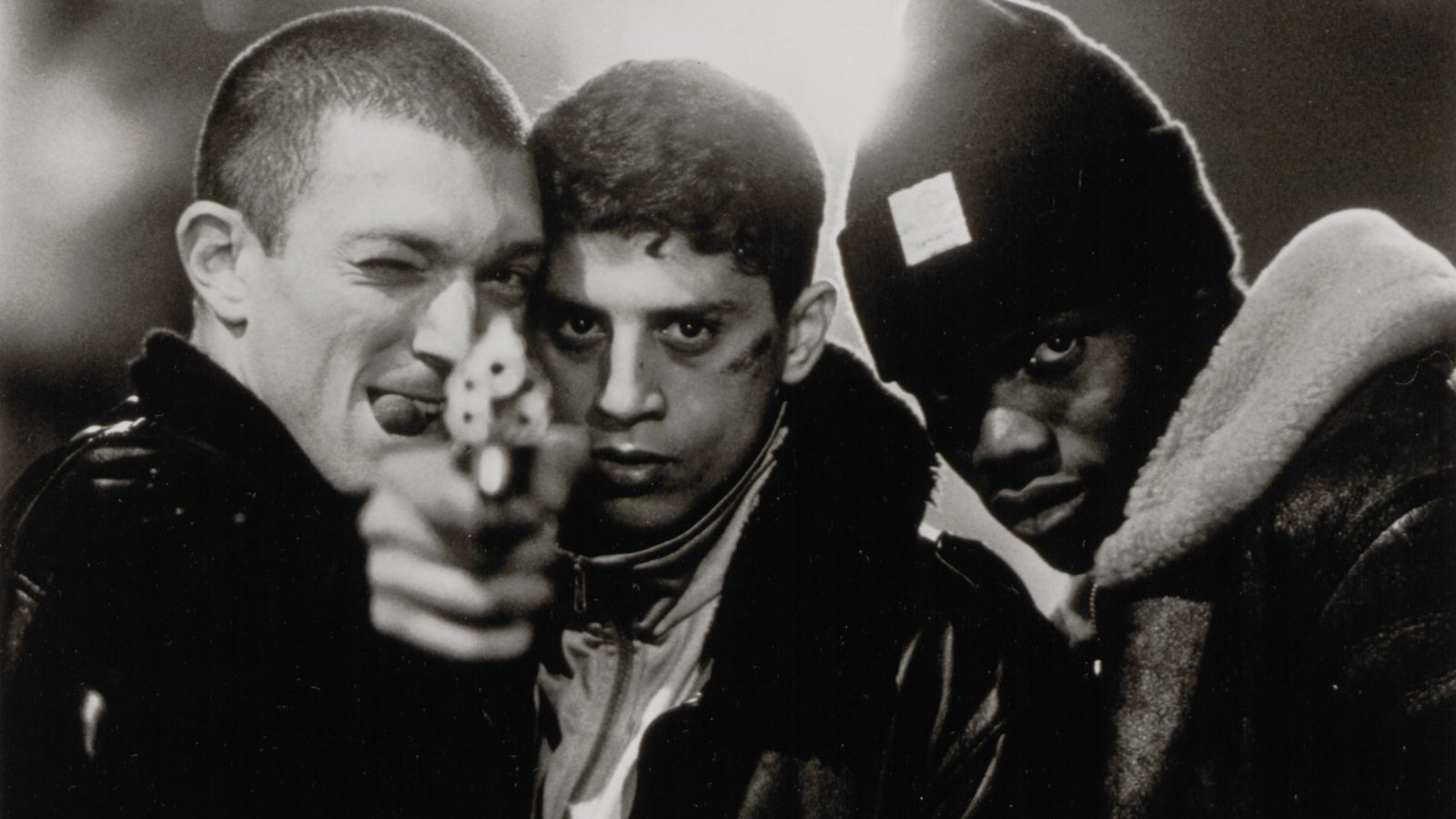 Back in 1996, La Haine arrived trailing a certain unhappy life-imitating-art notoriety on account of the violence it was alleged to have provoked in France. Fortunately, talented 25-year-old Mathieu Kassovitz‘s account of 24 hours in the lives of a trio of unemployed, ethnically diverse, pot-dealing, petty thieving teen herberts on a depressing Parisian council estate radiates honesty and integrity rather than cheap exploitation. Not for nothing did his monochrome drama win the Best Director prize at Cannes and result in France’s PM insisting that his entire cabinet watch it.

Hubert (Hubert Koundé) is a handsome black youth trying to box his way out of poverty, in stark contrast to Vince (Vincent Cassel), an incipiently psychotic Jewish skinhead who rages against society in general and the brutal local rozzers in particular. Holding the line between them is streetwise Arab Saïd (Saïd Taghmaoui).

The film opens with news footage of violent street riots, which erupted after one of the youths’ pals perished during police ‘questioning’. This boosts the temperature out on the street to boiling point, and since Vince has acquired a chrome-plated Smith and Wesson 44 from a careless plainclothes cop, it can only be a matter of time – which ticks by ominously on an onscreen clock – before the hopelessness and anger that’s eating away at him takes the violence to a new level.

There are echoes of Spike Lee’s ground-breaking Do the Right Thing in Kassovtiz’s skilful handling of this tense, explosive, angry, superbly acted and ultimately depressing tale of no-hopers slowly sliding down the pan in a society that really doesn’t give a shit. The use of surreal humour in such a context is always fraught with dangers, but Kassovitz deploys it with extraordinary confidence. A cow wanders around the estate for now apparent reason, and when an elderly gulag survivor steps out of a toilet cubicle at a crucial moment, you rather fear he’s about to become the victim of some random act of violence. Instead, he keeps the delinquents rapt with a yarn of no apparent significance before pottering on his way.