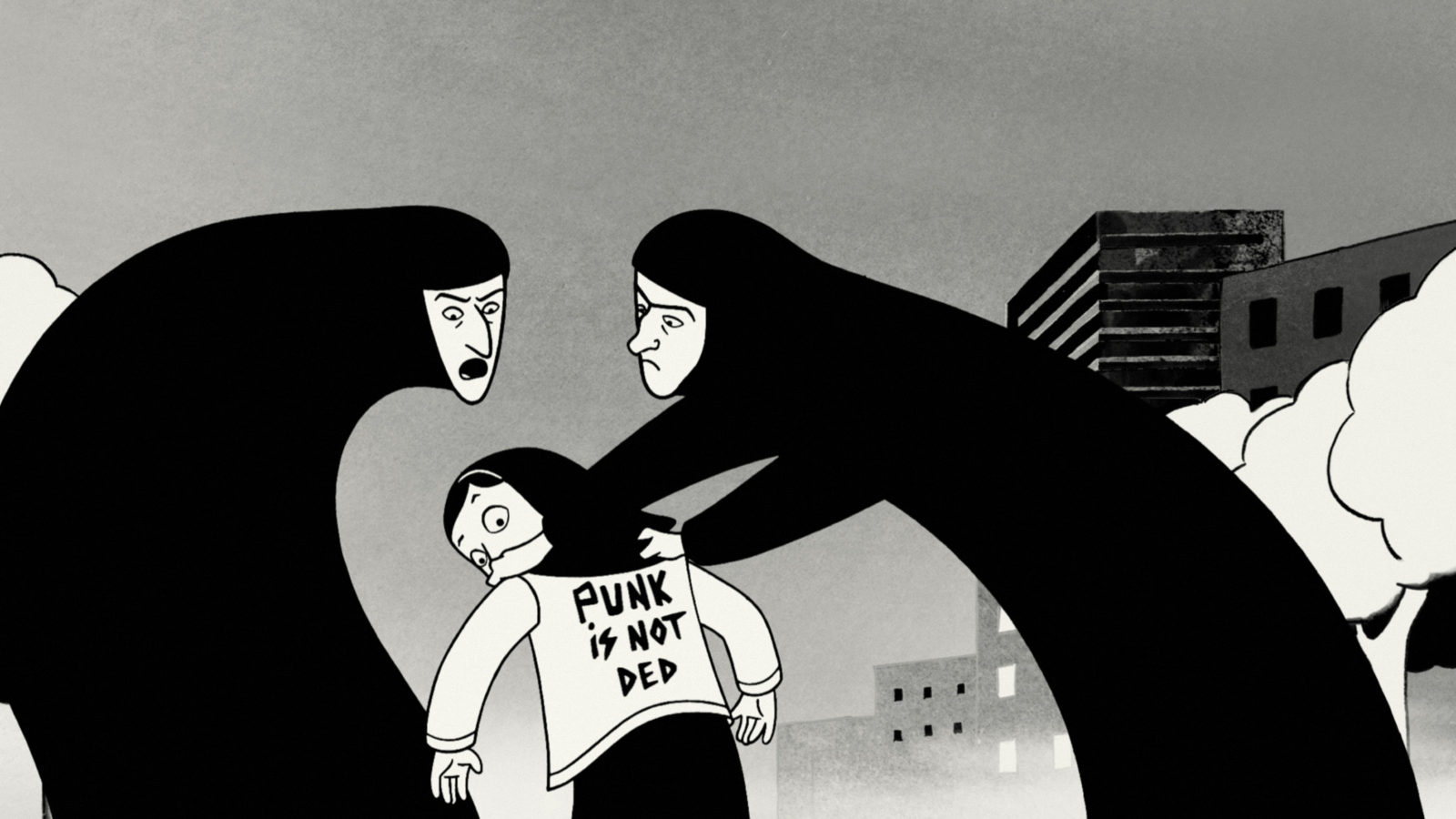 A largely monochrome French animation about one woman’s experiences of repression in Iran under the Shah and subsequent Islamic revolution? It’s a tough sell, but those who are enticed through the doors will find that 2007’s Persepolis is a perfectly pitched, richly characterised delight that refuses to sanitise events or tiptoe round the beardy fundamentalist bigots, managing to tell a very funny, engaging and often deliciously self-deprecating personal story without labouring its universality. What’s more, the animation is superb, making a virtue of its humble, hand-drawn, non-Pixar status with imaginative, sparing use of colour and stylised shadow theatre interludes to illustrate key events in Iran’s recent history.

The story begins in 1978, with rebellious, imaginative nine-year-old Marjane voicing her ambition to become the last prophetess and enjoying the occasional chinwag with god. The Shah’s on his way out and young Marjane is transfixed by her leftist intellectual father Ebi’s (Simon Abkarian) history lessons, so she decides to become a communist and marches about chanting “Death to the Shah!” The secular, educated family assume things can only get better after the revolution, which is certain to bring freedom and democracy. But thousands are imprisoned and murdered, while the religious police enforce strict dress codes and crack down on women’s freedoms. Then the seven year war with Iraq commences. For the feisty teenage Marjane (Chiara Mastroianni), who’s graduated from the Bee Gees to Iron Maiden and sports a Punk is Not Ded T-shirt, things are getting far too dangerous, so the well-off family have her shipped to safety in Vienna. But despite hanging out with nonchalant student nihilists and being free to drink and shag, she finds herself leading a rootless existence and yearns to return home.

Marjane Satrapi and co-director Vincent Paronnaud have produced a witty, visually inventive coming-of-age yarn that successfully pulls off the tricky balance between humour and grisly events, while delivering plenty of observant detail. It’s fair to say that the film has little truck with the notion of the veil as a symbol of female liberation rather than oppression, as promulgated by some Muslim feminists, and explicitly ridicules the idiocy of ‘martyrdom’. But it also resists didacticism, its likeable protagonist being as muddled and occasionally wrong-headed as any other teen. Cast aside any prejudices you may have and go see!

It’s back on screen in the Everyman’s late night classics season.