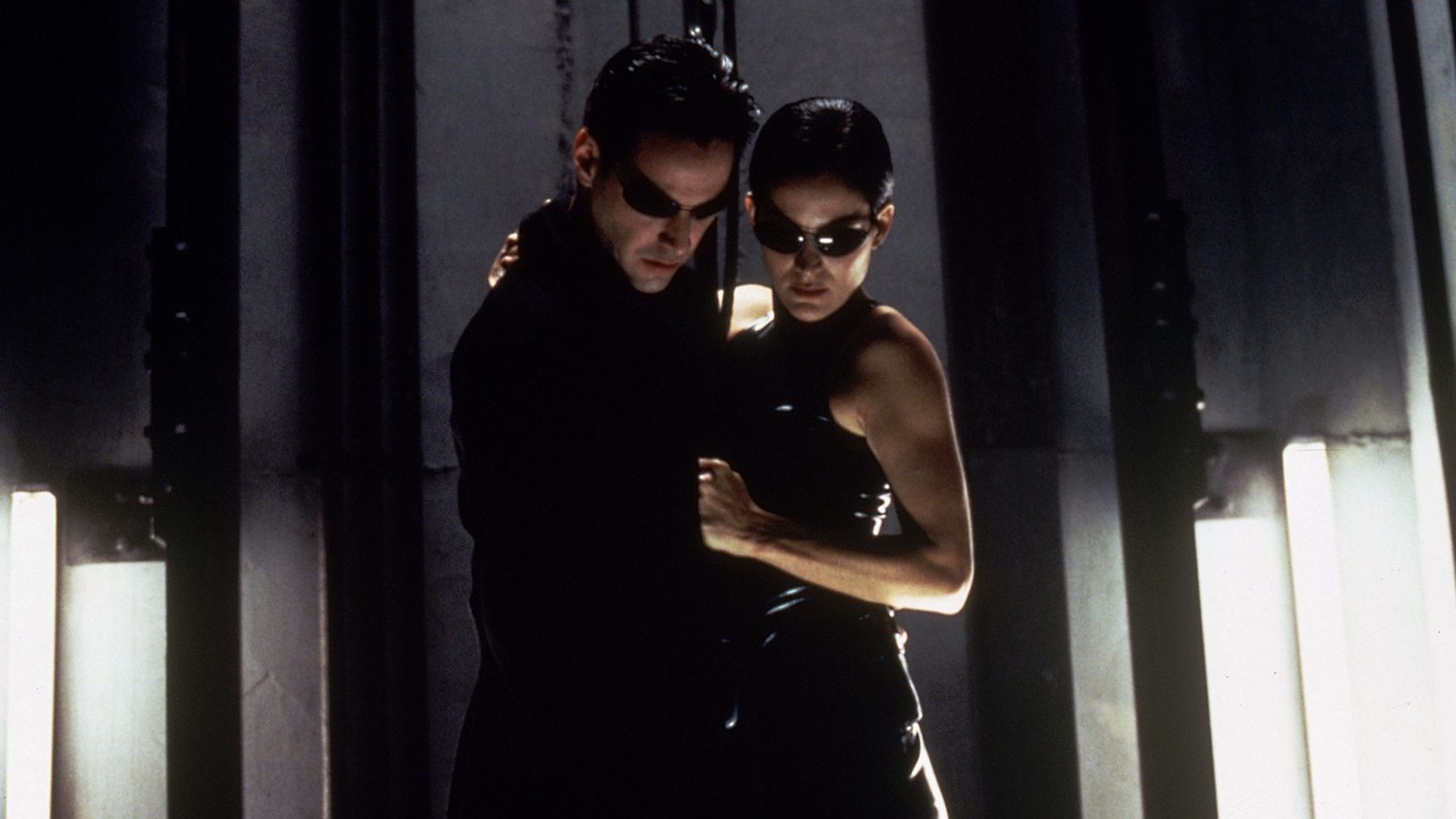 Who’d have predicted back in the late 1990s that this Keanu Reeves vehicle would turn out to be a cutting-edge turn-of-the-millennium cyberpunk flick? Keanu is Neo, salaryman by day and hacker by night, who’s recruited by mysterious rebel Morpheus (Laurence Fishburne) to join in a rebel movement against ‘the Matrix’, an equally mysterious conspiracy involving sinister and indestructible agents lead by the snarling Smith (Hugo Weaving).

In philipkdickian manner, the film pulls out the reality rug every 20 minutes or so, while the Wachowski brothers (now the Wachowski sisters) alternate their mind-stretching science fiction gubbins with pulse-pounding, state-of-the-art action: kung fu, bullet fu, computer fu, helicopter fu, robot squid fu and entire consensus reality of humanity fu. Rarely has a sci-fi flick had such a real-world influence: out there in the tinfoil-helmet recesses of the interweb, there are nutjobs who fervently believe that this is a documentary.