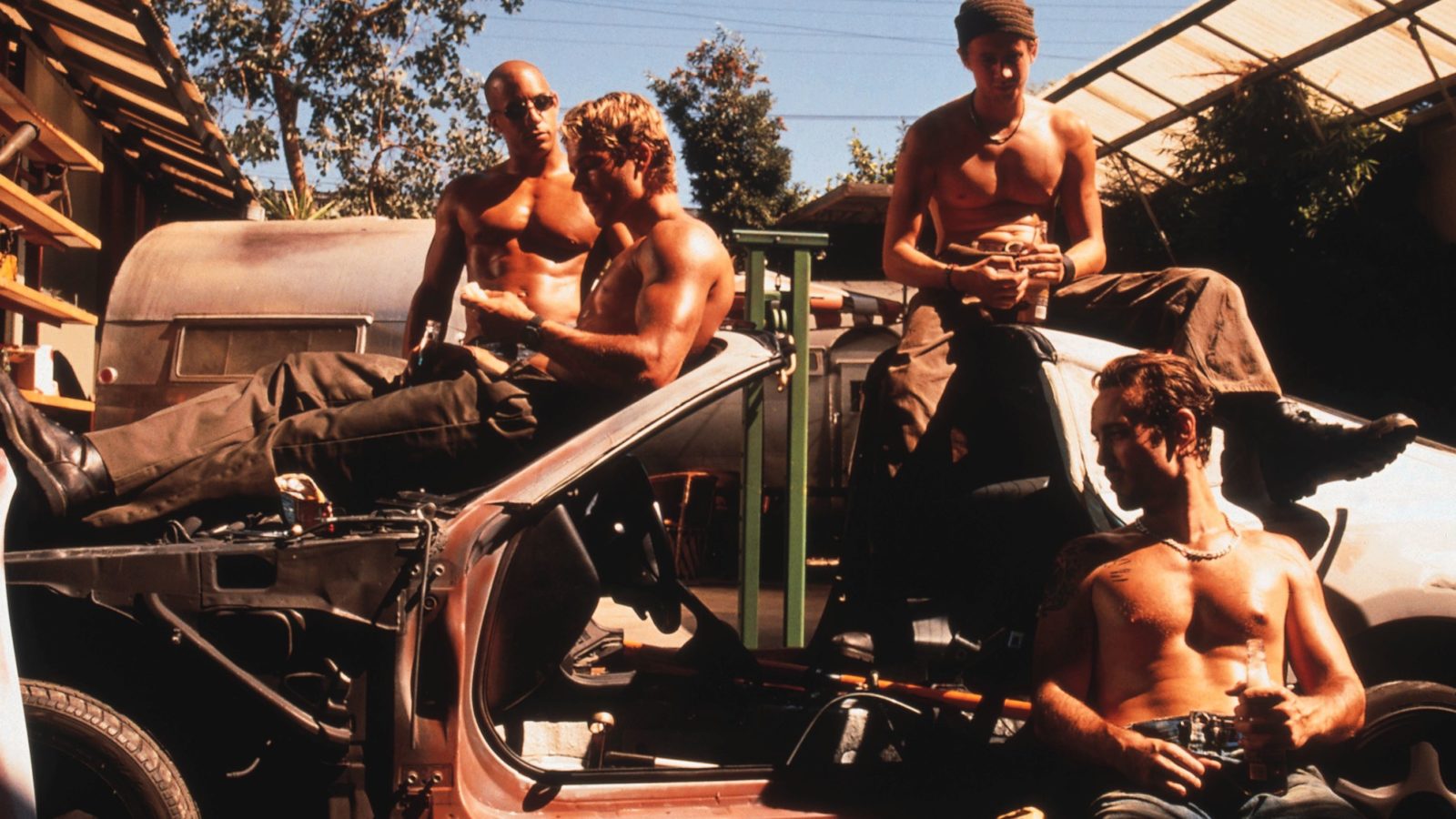 Fabulously stupid and perversely entertaining, Rob Cohen’s 2001 follow-up to his equally risible but less enjoyable The Skulls was every inch the movie Gone in 60 Seconds failed to be. In America, where audiences were apparently so bored with turn-of-the-millennium summer blockbusters that they took to illegal street racing instead, it captured the mood of the moment with a series of thrilling races and a cranked-up soundtrack of the latest nu-metal, hip-hop and, um, Santana.

Blond hunk Paul Walker is a wannabe street racer who hangs out in the hope of joining the crew led by big bad baldster Vin Diesel (showcasing the gruffest voice this side of the chap who does the voiceovers for film trailers and a physique that makes Bruce Willis look like that skinny kid in Road Trip). Anyway, the rival teams of racers, who are divided along racial lines, all stand around looking macho and talking car bollocks while their improbably comely womenfolk simper admiringly. Those who are confused by all the blokey banter about camshafts, torque, nitrous oxide and the like will be relieved to find it boils down to this: every so often, the racers close off a street, charge along it at dangerous speeds for a few hundred metres, and then press their big red buttons which make the souped-up vehicles go really fucking fast. Magic! But watch out, here comes that plot. Turns out Walker isn’t a wannabe racer after all, but a particularly rubbish undercover cop. He’s on the trail of the street racers thought to be responsible for the most pointlessly elaborate robberies in screen history. But surely his new bestest mate, whose sister he’s so unprofessionally shagging, couldn’t be responsible – could he?

It’s the women I feel sorry for. Their only function in The Fast and the Furious is to reassure sexually confused teenage boys and jocks in the audience that while these frequently shirtless macho guys may cast one another admiring glances, they sure ain’t no fags, right? This is especially important in those charged moments when you think Mr. Diesel and Mr. Walker are actually going to kiss (and just imagine what a subversive development that would be). OK, so Michelle Rodriguez gets to wallop someone and do her scary scowl throughout, but she’s mostly set dressing. Nope, this is all about action, stunts, and driving very stupidly indeed, and fortunately Cohen handles these scenes with considerable verve.