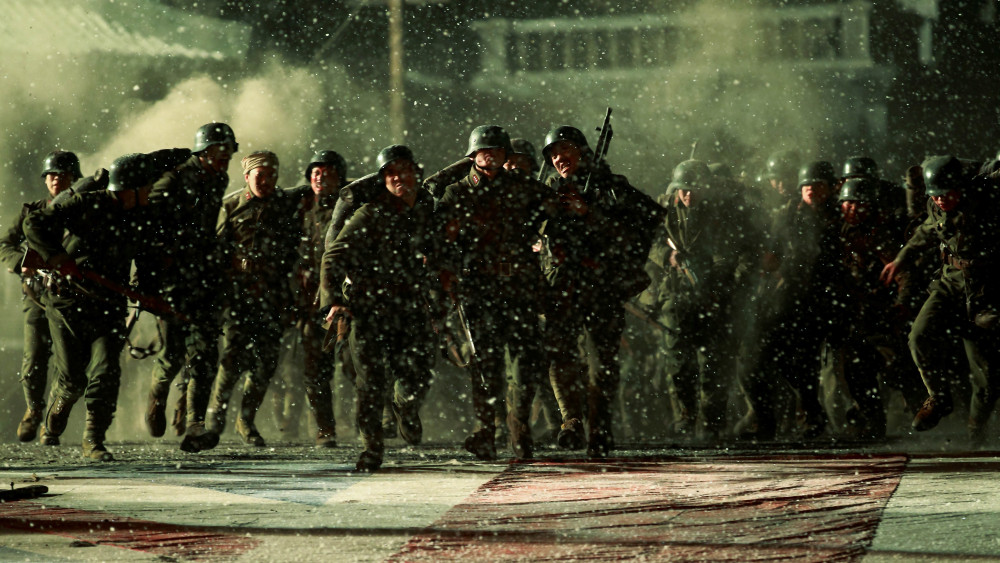 It’s 1937 and 800 Chinese soldiers are under siege in a Shanghai warehouse, completely surrounded by the invading Japanese army. Spoiler alert: the Chinese lost the Battle of Shanghai, but it galvansied the nation and they went on to win the war.

You might be forgiven for thinking that the Chinese authorities would be overjoyed with director Hu Guan for his spectacular and patriotic tale of national heroism, which was shot in IMAX format. But the censors were very cross indeed, for reasons that remain obscure (possibly the fact that some of the soldiers are portrayed as rotters). The film was pulled from its opening slot at last year’s Shanghai International Film Festival and cut by 13 minutes, but nonettheless took a fortune at the Chinese box office when it was eventually released just as cinemas reopened after lockdown. Film reviewers among running dogs of western captialism noted that it was all pretty thinly characterised, but the action is terrific. “The Eight Hundred rivals Dunkirk and 1917 for mud-soaked, blood-splattered gruesomeness expected of a war epic,” remarked the Hollywood Reporter.