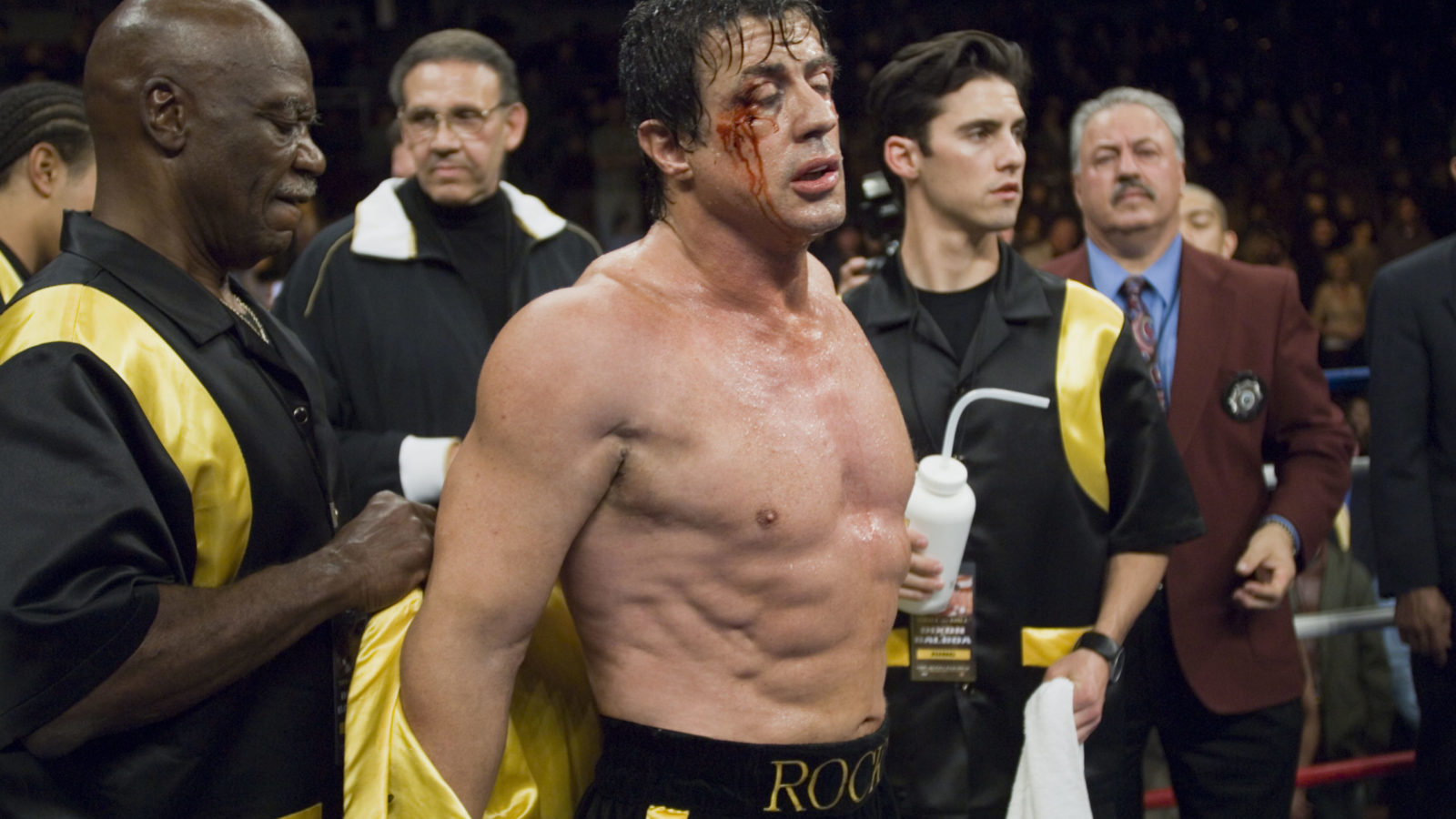 Back in 2006, sexagenarian Sly Stallone enjoyed his sixth cinematic bout as Rocky. A full 30 years on from his debut, the lumbering pugilist is, well, risin’ up, back on the streets once again at a time when most of his peers are wisely opting for a comfy pipe’n’slippers retirement. As creaky, ungainly and punch-drunk as its protagonist, Rocky Balboa strives for an elegiac tone as the dim-witted blue-collar lunk revisits his old Philadelphia haunts and blubs over his dead wife, but actually comprises a tiresome succession of clunky speeches about the same old shit (believin’ in yourself, learnin’ to take the punches, standin’ up for the right to do whatcha gotta do, etc). Clock-watchers may be disappointed to find that he doesn’t actually hit anybody until 80 minutes into the film.

Cocky current world heavyweight champ Mason ‘The Line’ Dixon (Antonio Tarver) is in a bit of a pickle because his opponents are all unworthy of him. Balboa, meanwhile, has miraculously overcome the brain damage that afflicted him in the downbeat Rocky V, which everyone assumed would be the series’ swansong, and now runs his own eaterie where he regales punters with yarns about his glory days. Then a high-tech TV show pits Rocky against Mason in a computer-simulated rumble, which attracts the attention of the money men. So can our big-hearted Italian-American hero bond with his estranged son (Milo Ventimigllia), enjoy a chaste romance with a barmaid (Geraldine Hughes), help his crumpled brother-in-law (Burt Young) and beat seven shades of shit out of the young whippersnapper? As anyone who’s seen Team America: World Police will know, this calls for a montage!

The dreary trudge of the first hour slaps on the strings and pinky-plonky piano-assisted nostalgia with a trowel, before Stallone comes over all Raging Bull for the big climactic punch-up, filmed in slo-mo with flashbacks and arty black’n’white’n’red inserts. It’s the unintentionally hilarious inspirational dialogue – penned, lest we forget, by Stallone himself – that provides the most fun here, though it seems a little cruel to land poor Ms. Hughes with indigestible lines like: “You’re going to prove that the last thing to age on somebody is their heart”.