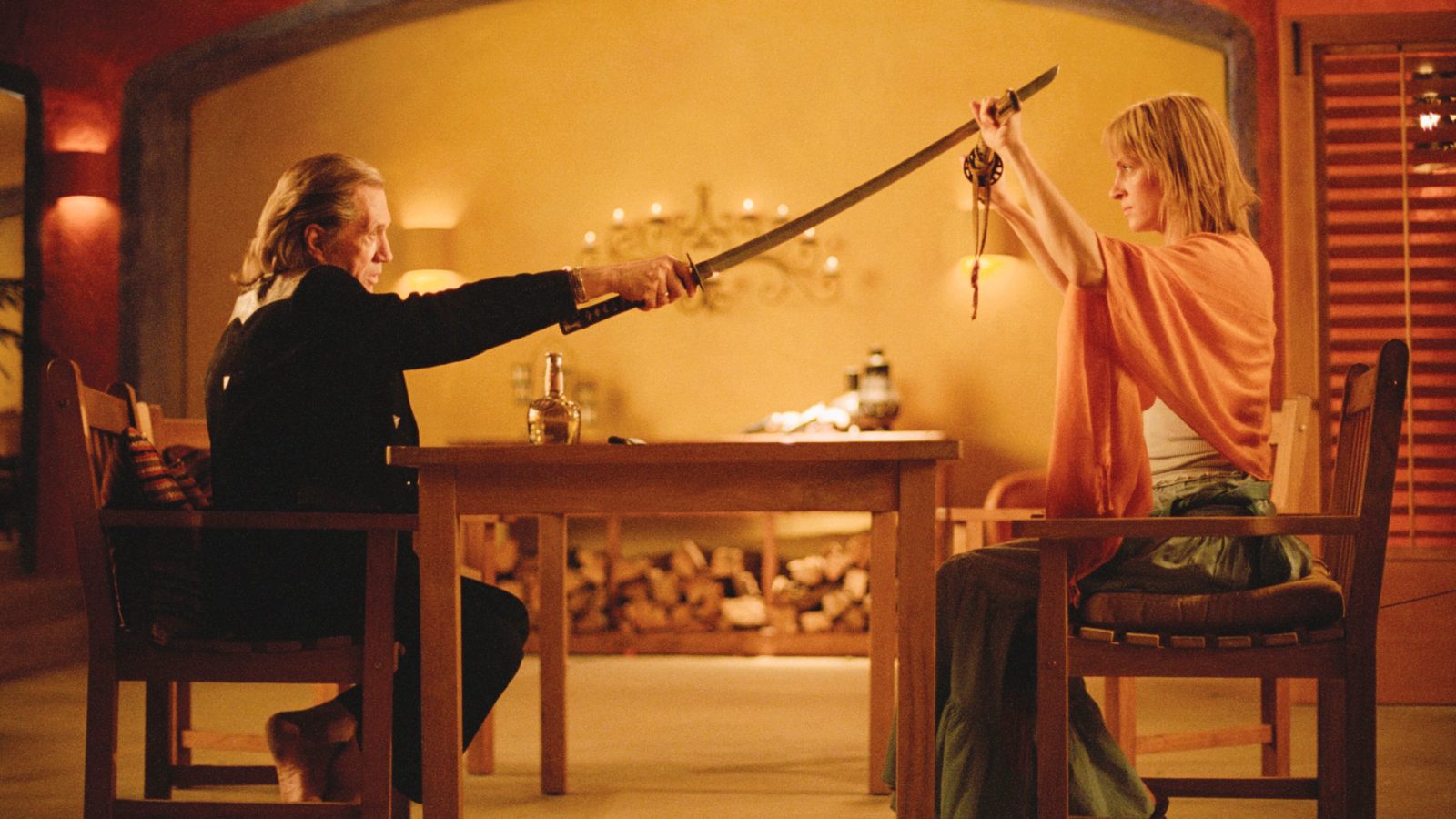 The concluding part of Tarantino’s enjoyable trash-pulp homage to the kung-fu/samurai and spaghetti western genres.

Filmed in black and white, the opening chapter six takes us right back to the rural wedding chapel massacre that sparked the bride’s (Uma Thurman) violent vengeance spree. Little more than a sinister, shadowy figure in the first film, Bill (David Carradine) arrives unexpectedly for a quiet chat with this deadliest of his elite snake-themed assassination squad, who jacked it all in when she fell pregnant. His brooding baritone drips with menace as he agrees to pose as her father. What we know and everyone except Bill doesn’t is that we’re minutes from a bloodbath as the Deadly Vipers move in. Four-and-a-half years on, the bride continues to work her way through her to-kill list as she hacks and slashes her way towards Bill’s Mexican lair. First up is his brother Budd (Michael Madsen), who should be a pushover as he’s now a washed-up bouncer in a titty bar.

Volume two pulls off the trick of being darkly funny, eyeball-squishingly violent and emotionally engaging, while springing a couple of surprises. An extended flashback introduces the bride’s tutor Pai Mei (Gordon Liu): a luxuriantly-eyebrowed, beard-stroking master of martial arts with a neat line in misogyny and hatred of all things western. Carradine lives up to Tarantino’s confidence in casting him when Bill assumes centre-stage to deliver a couple of what can only be described as Tarantino-esque monologues.  Thurman’s equally superb performance takes the bride from efficient killing machine to something altogether more human after a late revelation. If the method of that promised titular dispatch is heavily telegraphed, it is at least in keeping with genre cheesiness. And it’s hard not to picture Tarantino smirking as he scripted Bill’s valedictory expletive.