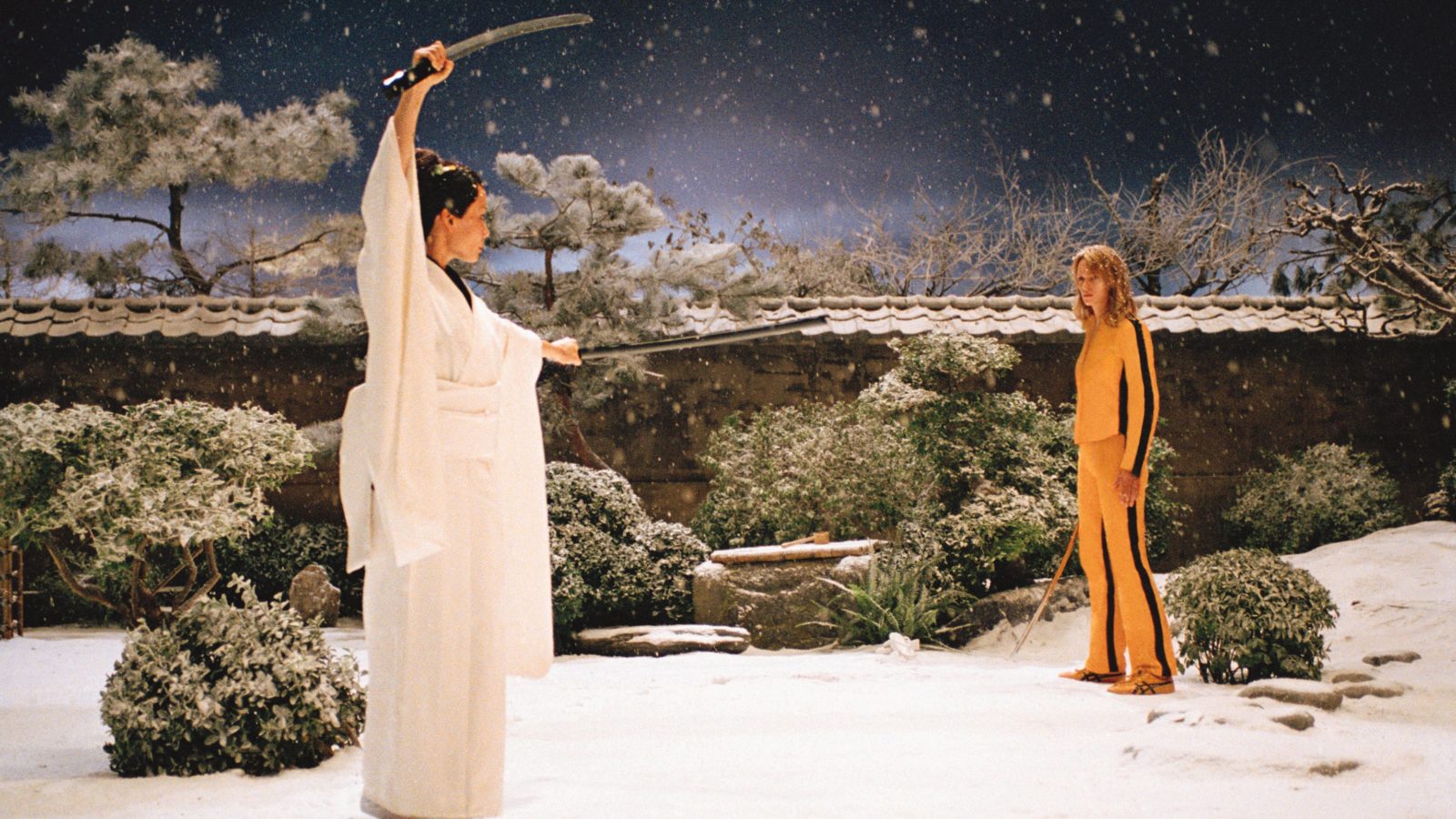 Opening with a 1970s Shaw Brothers logo and a cheesy ‘our feature presentation’ card redolent of rancid Kia-Ora and stale Westlers, Quentin Tarantino’s Fourth is just a movie movie, whose touchstones are spaghetti Westerns, comic books, kung fu/samurai quickies and dog-eared second-hand paperbacks. It has Tarantino’s favoured flashback-and-forth structure, beginning with a shuffle of prologue and ending as the Bride (Uma Thurman) is shown in the past being apparently murdered at the climax of a Texas wedding chapel massacre
but in the present tracking down the second person on her to-kill list.

The bulk of the film takes place between these events and concerns the Bride’s emergence from a coma and elaborate assault on the first of her enemies, yakuza queenpin O-Ren Ishii (Lucy Liu). Like its soundtrack, this is an eclectic picture, with a sequence done as a gruesome anime, a particularly genocidal stretch in black and white, and a canny tendency to withhold vital plot and character stuff for Volume Two.