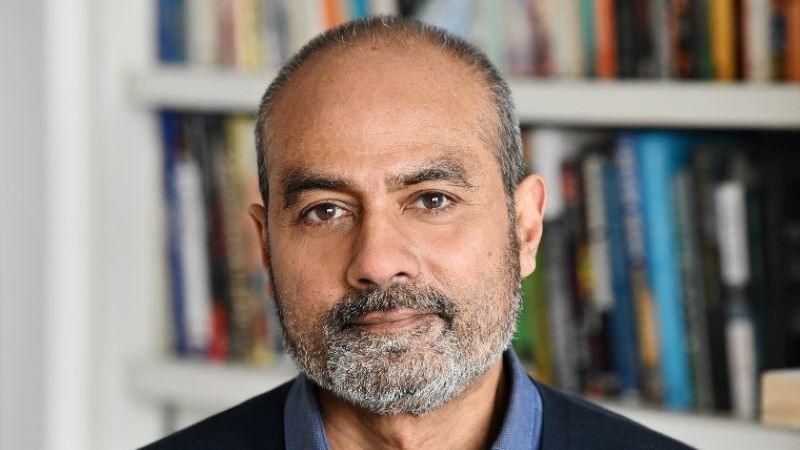 Before becoming presenter of the BBC News at Six and World News Today, George Alagiah was known for his work as one of the BBC’s foreign correspondents. He covered the genocide in Rwanda and civil wars in Afghanistan and Liberia and many other international crises. The Burning Land is his first work of fiction and he delves into the spaces between the dispatches he has brought to the nation as a reporter.

Set in the post-apartheid landgrabs of South Africa, this political thriller examines the greed and corruption that taints the optimism of a nation, where the political becomes deeply personal for former childhood friends, Lindi and Kagiso. Their beloved home country is rapidly turning into a powder keg, as nations fight for ownership of its land and resources. With the murder of one of the nation’s bright young hopes, the fuse is well and truly lit. Dealing with themes of xenophobia, environmental activism, political responsibility, and the meaning of patriotism, The Burning Land tells a story that is all too relevant today.

“Without rhetoric or rancour, his eloquent book places these issues in their true context, and frames some of the major moral questions of our time” Independent

George Alagiah is presenter of BBC News at Six, Britain’s most watched news programme. That role followed ten years as a foreign correspondent, covering the 9/11 attacks on New York, the genocide in Rwanda, civil wars in Liberia, Afghanistan and Sierra Leone, and Nelson Mandela’s presidency. He’s won numerous awards, including The Royal Television Society and Amnesty International among others. Before the BBC he worked in print journalism. In 2008 he was awarded an OBE for services to journalism.