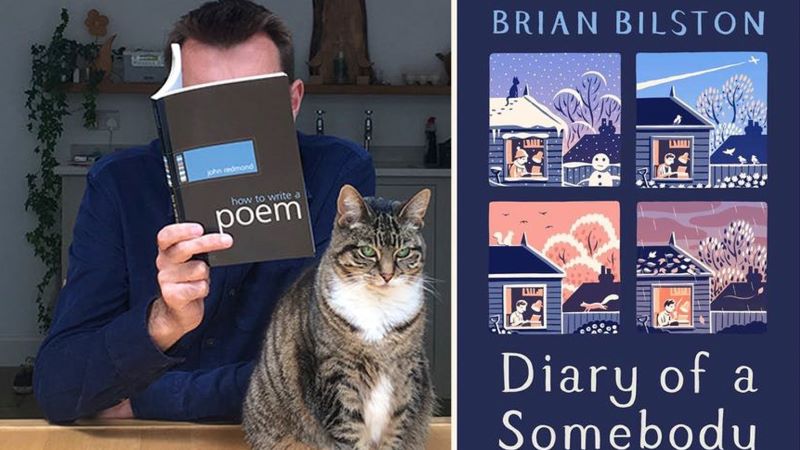 Brian Bilston, introduces his debut novel, Diary of a Somebody.

“Brian Bilston is a poet clouded in the pipe smoke of mystery. Very little is known about him other than the fragments of information revealed on social media: his penchant for tank tops, his enjoyment of Vimto, his dislike of Jeremy Clarkson.

“In 2014 he became the first person to retain the title of Pipe Smoker of the Year [Poetry section] and, over the years, he has won numerous awards for cycling proficiency, first aid, and general tidiness. He won the 2015 Great British Write Off poetry prize for a poem disguised in a Venn diagram.

“Part tender love story, part murder mystery, part coruscating description of a wasted life, and interspersed with some of the funniest poems about the mundane and the profound, Diary of a Somebody is the most original novel you will read this or any year.”